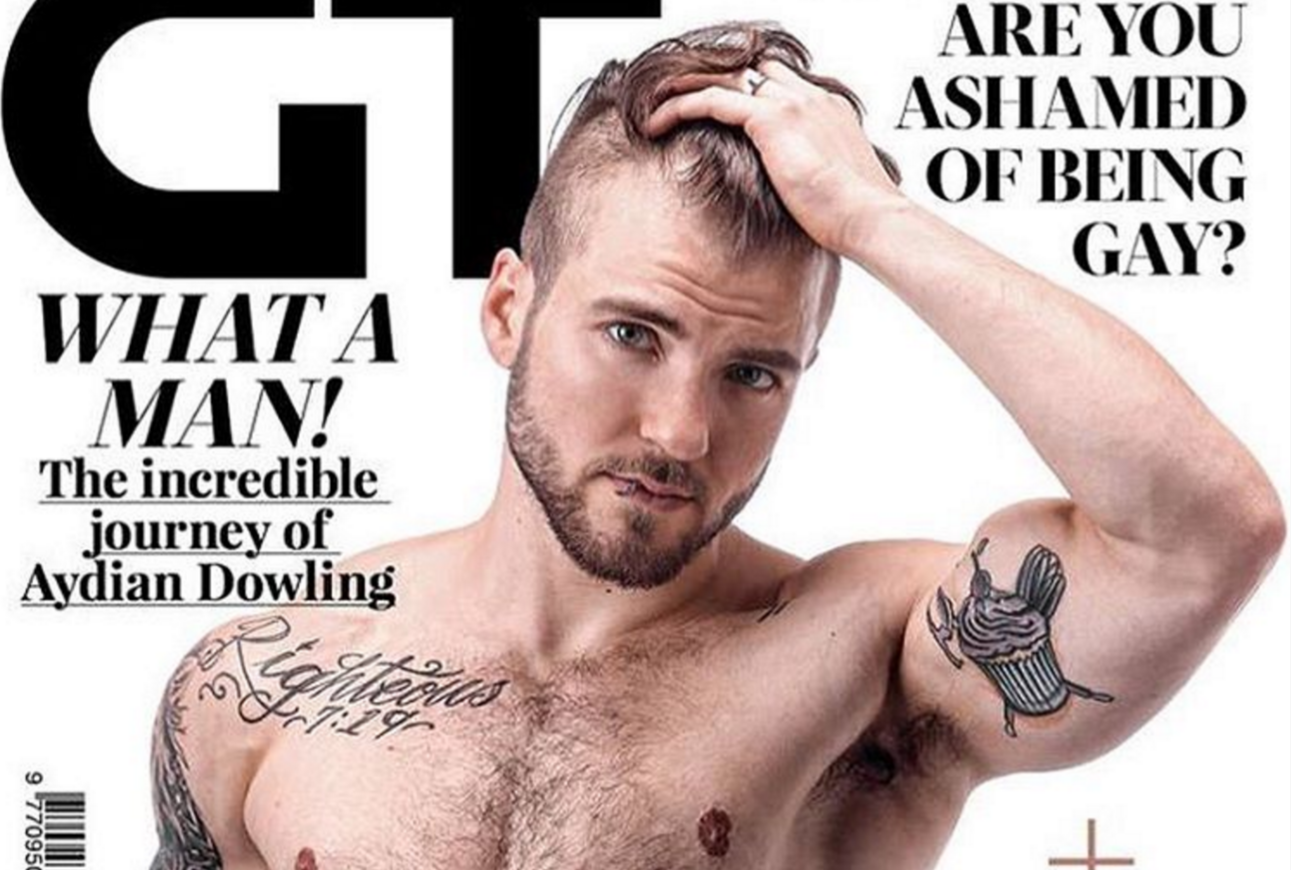 “A woman behind a counter of a 7-Eleven said, ‘I can serve you over here, sir.’ It was the first time a complete stranger was seeing the real me, and I was living off that high for quite a while.”

—Aydian Dowling, speaking with Gay Times magazine. The trans body builder, vlogger and model, who hails from New York, was a finalist in Men’s Health‘s search for a cover model, but despite a vocal following and strong fan support, failed to win the competition. Gay Times have stepped in to right that wrong.

It makes Dowling, who has appeared on The Ellen Show to discuss his transition and success, the first trans man to appear on the cover of an international gay magazine, according to Gay Times‘ editor Darren Scott. “Aydian’s story has interested me ever since I saw he was in the running to be a cover star for Men’s Health — everyone was talking about him,” Scott told The Independent. “So I’m delighted, and honoured, that he agreed to tell his story to GT.”

Dowling also revealed that his “top” surgery was the first surgery of any kind he had experienced.

“It was the first time I was going to be ‘put under’ and go through any kind of surgery in my life, and that alone was terrifying,” he said. “But the joy and feeling of being able to identify more with my body weighed much heavier than anything else.”