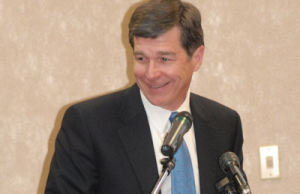 The American Civil Liberties Union (ACLU), along with the ACLU of North Carolina, Lambda Legal and Equality North Carolina, has filed a lawsuit challenging HB2, the sweeping law in the Tar Heel State that prohibits localities from passing legal nondiscrimination protections for members of the LGBT community.

“HB 2 is hurtful and demeaning,” said plaintiff Carcaño in a statement. “I just want to go to work and live my life. This law puts me in the terrible position of either going into the women’s room where I clearly don’t belong or breaking the law. But this is about more than bathrooms, this is about my job, my community, and my ability to get safely through my day and be productive like everyone else in North Carolina.”

In its complaint, which was filed in U.S. District Court for the Middle District of North Carolina, the ACLU alleges that by passing HB 2, North Carolina is sending a message that LGBT people are considered second-class citizens by the state and are undeserving of the privacy, respect and protections that are afforded to heterosexual and cisgender North Carolinians. The ACLU argues that HB 2 is unconstitutional because it violates the Equal Protection and Due Process clauses of the Fourteenth Amendment, discriminates based on sexual orientation and sex, and infringes on the privacy of transgender people. Lawyers for the plaintiffs also argue the law violates Title IX by discriminating against students and school employees on the basis of sex.

“HB 2’s provisions requiring use of single-sex facilities in accordance with the sex stated on their birth certificate not only disproportionately burdens transgender people, but intentionally targets them for differential treatment,” the complaint reads in part. “Lawmakers made clear that HB 2 was specifically aimed at transgender people. … HB 2 also disproportionately burdens lesbian, gay, and bisexual individuals, as well as transgender individuals, by stripping them of or barring them from anti-discrimination projections under local law.”

Since the lawsuit was announced on Monday, Cooper, in his role as attorney general, has said his office will not defend the constitutionality of HB 2 in court, reports Raleigh ABC affiliate WTVD.

“Obviously, the LGBT community is targeted, but also people who are discriminated against based on race and religion and other classes of people could likely have a harder time bringing actions to protect themselves,” Cooper told reporters in a press conference on Tuesday. “The law even eliminates local ordinances that protect veterans and wages of working people employed by companies that contract with cities.” 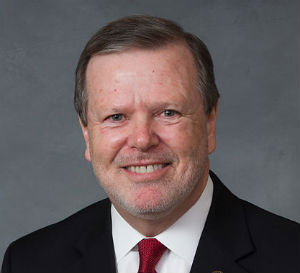 Senate Majority Leader Phil Berger (R-Rockingham) accused Cooper for “not protecting children’s safety,” dusting off well-worn tropes about how transgender people pose a threat to public safety, which have previously been used to defeat ordinances similar to the one passed by the Charlotte City Council in cities across the nation, including Springfield, Mo., Fayetteville, Ark., and Houston, Texas.

“Roy Cooper’s refusal to defend the law makes clear he wants the ACLU to win by default in federal court what they can’t win at the ballot box and allow men to walk into locker rooms at YMCAs across our country and undress in front of young girls,” Berger said in a statement. “His zeal for pandering for the extreme left’s money and agenda in his race for governor is making it impossible for him to fulfill his duties as attorney general — and he should resign immediately.”

Meanwhile, the four LGBT and allied organizations behind the lawsuit against the state issued a statement praising the attorney general’s stance.

“North Carolina Attorney General Roy Cooper, the state’s top law enforcement official, has concluded House Bill 2 is unconstitutional and harms North Carolinians without justification,” the statement reads. “…House Bill 2 singles out the LGBT community for discrimination. That’s not only incompatible with the state’s constitutional and legal obligations but also our shared values as North Carolinians. We’re grateful the Attorney General stands on the right side of history with the many cities, states, businesses and individuals who have come out against this harmful measure.”