By John Riley on March 9, 2016 @JohnAndresRiley 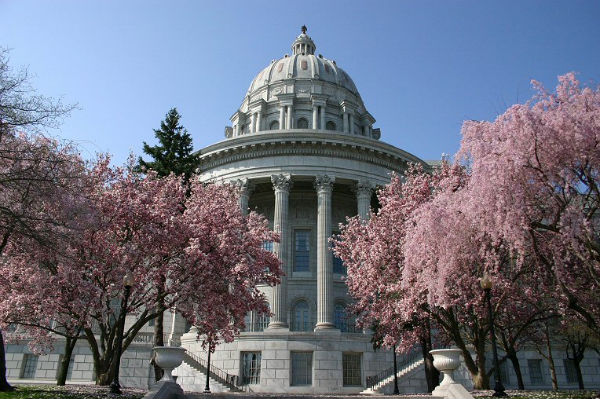 Missouri Senate Republicans used a rare procedural maneuver to stop a record-breaking 39-hour filibuster of a proposed anti-gay amendment to the state’s constitution.

Republicans, who control the upper chamber, voted to “move the previous question,” thereby ending the Democrats’ filibuster and forcing a vote on the proposed constitutional amendment. The amendment was initially approved, but must be approved one more time before heading to the House of Representatives, The Kansas City Star reports.

The amendment would prohibit the government from penalizing clergy, religious organizations and business owners, such as wedding vendors and others who provide goods and services for marriage ceremonies, for refusing to perform or provide goods for a same-sex marriage by citing “sincerely held religious beliefs.” If approved by the House, the measure will be placed on the ballot for approval by Show Me State voters.

Republicans argue that the amendment is necessary to protect the religiously devout from being sued and suffering significant financial losses for refusing to participate in a same-sex marriage ceremony. Throughout the debate, GOP senators constantly conflated what Democrats argued were two separate issues: the ability of a priest or other religious leader to refuse to perform a same-sex wedding, and the ability of a business owner to discriminate against prospective customers based on sexual orientation. Republicans also pointed out that the list of those who would be allowed to discriminate was limited to wedding-associated businesses.

Democrats argued that religious clergy are already protected by the First Amendment to the U.S. Constitution’s guarantee of freedom of religion. Moreover, they argued that requiring public accommodations to serve all members of the public equally, say, by baking a wedding cake, did not constitute “participation” in a same-sex marriage. They also said that the amendment specifically targets the LGBT community by focusing on same-sex marriage, rather than a more broadly-written amendment that would allow anybody with a sincerely held religious belief to act in a way to avoid violating their conscience.

In the end, though, Republicans’ outright dominance in the legislature essentially ensures the amendment will make the ballot, and, given Missouri’s socially conservative slant, will likely be approved. Thus, Missouri’s constitution would become the first in the country, after the Supreme Court’s decision in the Obergefell marriage equality case, to single out a specific group for discrimination. When Democrats raised this objection, Republican senators suggested that Democrats and members of the LGBT community could attempt to sue over the amendment and have it found unconstitutional and reversed, in the same way they did with Missouri’s ban on same-sex marriage.

“It’s an outrage that extremist senators would use a rare procedural move to shut down debate and silence the voices of countless Missourians, including major corporations and the very people these officials represent, who have spoken out against the anti-LGBT SJR 39,” Jeffrey Mittman, the executive director of the ACLU of Missouri, said in a statement. Mittman also pointed out that, if enacted, the amendment would be broadly interpreted to allow taxpayer-funded organizations like adoption and foster care agencies or homeless shelter to discriminate against same-sex couples and families by citing their religious beliefs, which the state would be powerless to change or stop.

“This amendment raises serious constitutional concerns because it singles out same-sex couples for discrimination, notwithstanding the Supreme Court’s decision in Obergefell recognizing that same-sex couples enjoy the same constitutional right to marry as everyone else,” Mittman added. “In addition, the state cannot constitutionally prefer one set of religious beliefs (here, those opposed to marriage for same sex couples) over all other beliefs. … The country is watching and we will continue to fight until we’ve landed on the right side of history.”

John Riley is the local news reporter for Metro Weekly. He can be reached at jriley@metroweekly.com
← Previous Story Wisconsin Supreme Court Justice under fire for past anti-gay writings
Next Story → In the Red: Gay in a Conservative State