Olney and Round House team up for Angels in America 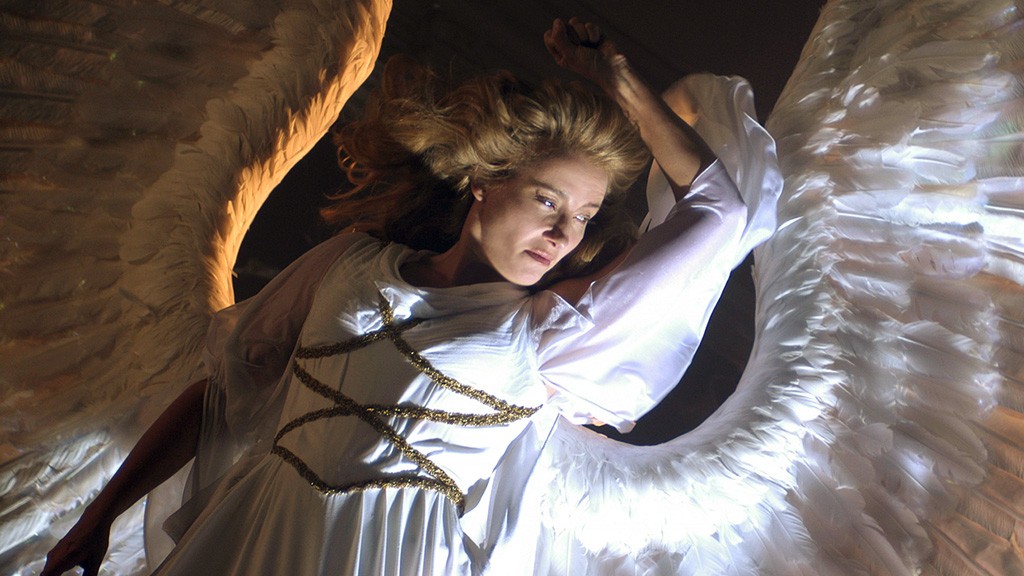 Emma Thompson in the HBO film of Angels in America.

Olney Theatre Center is celebrating its 79th season with a bumper crop of seventeen shows, covering a wide range of subjects. Most prominent for LGBT audiences, though? A co-production with Round House Theatre of Tony Kushner‘s Pulitzer- and Tony-winning Angels in America.

The two-part drama examines AIDS and homosexuality in 1980s America, with the primary focus being a gay couple in Manhattan. Lauded as one of the most important pieces of theater to come out of the late 20th century, in the 25 years since its debut Angels has lost little, if any, of its relevance, impact and brilliance.

For Olney and Round House’s staging, commissioned as part of a two-year partnership between the theaters, Olney artistic director Jason Loewith and his Round House counterpart Ryan Rilette will join forces to direct — Loewith will helm part one, with Rilette handling part two.

“Ryan…and I have been working to make Montgomery County an arts destination for the entire region,” Loewith said at Olney’s season roll-out. “Why not work together? He and I share an artistic and institutional outlook, and I couldn’t be more delighted to collaborate with him.”

The plays will first debut this fall at Round House, with a cast including Kimberly Gilbert, Mitchell Hébert, Sarah Marshall, Jon Hudson Odom, Tom Story and Dawn Ursula. A second co-production will follow for the 2017/18 season at Olney.

Angels in America runs Sep. 7 to Oct. 30 at Round House Theatre, 4545 East-West Highway, Bethesda. Visit roundhousetheatre.org or olneytheatre.org for more information and to explore each venue’s upcoming season.