Apple is giving consumers what they want: more choice, but while it works for the iPhone, it's less certain for the iPad 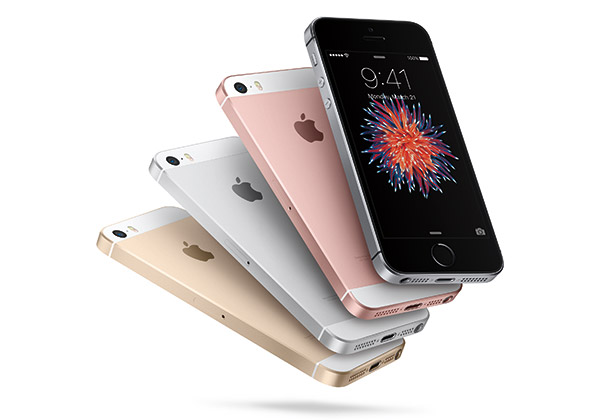 Apple, a company famed for being both conservative and minimalist in its product launches, is aping its biggest rival in the one area it was once derided: choice.

After years of telling consumers that 3.5-inches was the perfect size for a phone, while sales figures for Samsung suggested otherwise, Apple reluctantly stretched to four inches. Then, in 2014, they leapt to 4.7- and 5.5-inches with the launch of the iPhone 6 and 6 Plus. Apparently, though, that was too much, too soon for some customers.

While every manufacturer races to stretch their flagships to ever-increasing sizes — six inches was worryingly close to becoming the new normal in 2015 — there are a lot of consumers still desperately clinging to smaller cell phones. How many? Well, Apple hasn’t released a four-inch device since 2013, but last year over 300 million people bought one. That’s 300 million people unconvinced by either the size or price of the 6/6S and 6 Plus/6S Plus. That’s also 300 million people who haven’t been swayed by the litany of small-screened Android rivals available. Evidently, there’s still a large market for small, premium smartphones — and rather than wait for a rival (hello, Samsung, and your thousands of models) to fill that gap, Apple decided to do it themselves. Enter the iPhone SE.

Think of it as an iPhone 6S crammed into the body of an iPhone 5S. It’s 2015 smarts meets 2013 style, a retro (yes, 2013 is retro in the tech world) throwback to a time when everything was that much smaller. I’m someone for whom four inches has never been satisfactory — quiet in the back — but I’m also one of the lucky ones who can comfortably hold a 6S Plus in one hand. Conversely, I have friends who balk at even the standard 6S (and cling religiously to battered iPhone 5s and 5Ss). A smaller iPhone does make sense, particularly for those with small hands or tight pockets — and, as we know from that Apple logo on the back, people will buy it regardless.

It helps that Apple has made the process of upgrading from the iPhone 5 or 5S as painless as possible. Their handsome, chamfered-edged bodies are mirrored here in the SE — the 6’s rounded, slippery sides are nowhere to be seen. Really, the only major difference between the SE and the 5S is that the former now comes in Apple’s rose gold color. Everything else that’s new here is stuffed into its aluminum body. Under the hood, this is as modern as smartphones get, with the same powerful A9 processor, M9 co-processor and 12-megapixel camera as the SE’s bigger brothers. The screen is a rather measly 1136×640, but given that it’s compressed into four inches, most won’t care (for reference, the 4.7-inch 6S is 1334×750 and the 5.1-inch Samsung Galaxy S7 is a Retina-crushing 2560×1440). 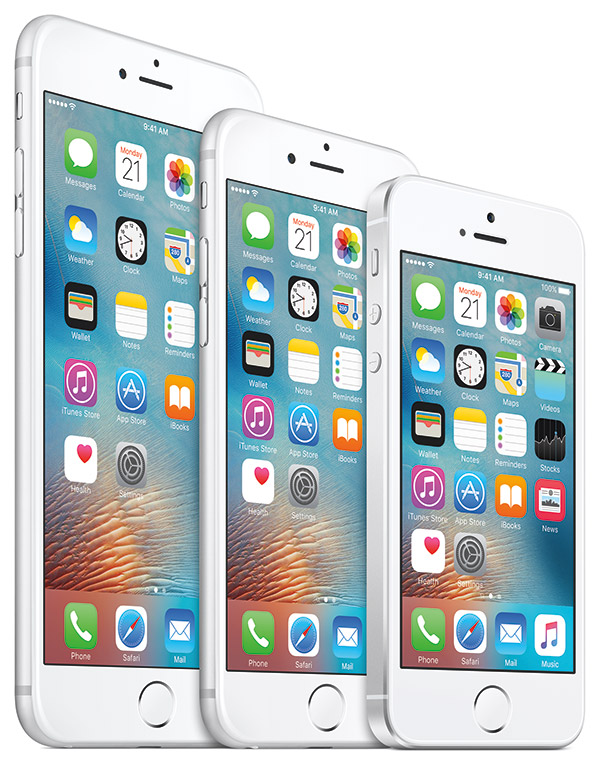 Instead, what Apple has crafted is a small, less expensive iPhone that isn’t saddled with older internals or a cheap exterior — iPhone 5c, anyone? And when compared with its rivals, it comes up even more favorably. Android and Windows Phone devices with four inch displays are typically budget models — the Motorola E and smaller Lumia smartphones, for instance — and have slower internals and worse displays, not to mention much cheaper materials. The smallest flagship Android device is arguably Sony’s Xperia Z5 Compact, and at 4.6-inches it rivals the iPhone 6S more than it does the SE.

For once, though, it’s Apple who is rushing to fill a niche in the market. As Samsung and others craft large, premium flagships, Apple is tending to those still tied to their small-screened smartphones. When the SE launches next week, it’ll likely fly off store shelves.

What’s less certain to be a success is the new iPad Pro. As Apple tries to stem the decline of iPad sales (for Apple, 16 million tablets sold over the holidays is considered a bad season), it’s increasingly throwing whatever at the wall and hoping it sticks. Another Samsung tactic, it should be pointed out, and one that hasn’t always found success.

Here, tradition has been abandoned in favor of trying something new. Out goes the iPad Air 2 as the flagship 9.7-inch iPad, out goes its $500 starting price, and in comes a newer, more expensive tablet that shares its name with a product it’s both trying to emulate, replace and eclipse. Confused? Yeah, you’re not alone.

The iPad Pro is a 9.7-inch tablet — like the normal iPad — that takes its cues from last year’s Microsoft Surface-rivaling 12.9-inch iPad Pro. The one with a keyboard and stylus — sorry, Pencil. This new iPad Pro has the same powerful A9X chip, the same four-speaker setup, the same Pencil integration and keyboard dock (albeit smaller) and the same focus on productivity. But the price has climbed to $600 and this smaller iPad Pro has better specs than its larger brother. Apple has both pushed themselves $100 above typical iPad territory and made last year’s larger, professional-focused slate seem less appealing in one fell swoop. 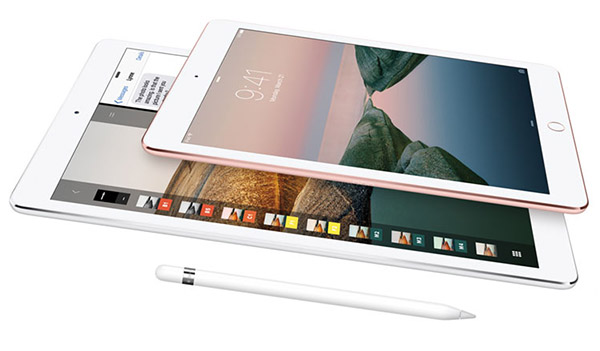 As a successor to the Air 2, it gets a lot right, but that older tablet is now even more appealing as it has dropped to $400. If you don’t need a pen, more power and better speakers, save $200 and buy the Air 2. For everyone else the iPad Pro 12.9-inch version makes more sense due to the greater screen size. However, it costs significantly more, and this newer iPad brings a more color-accurate display and better cameras, too. Far from being the ideal version of the iPad, the new Pro only brings more confusion as to which iPad is the right one to buy.

Apple trumpets its Pro line of iPads as the “ultimate PC replacement,” but first consumers have to work out just which iPad they’re going to get. The 12.9-inch tablet with the lesser specs, the older Air 2 with the bargain price, or the new iPad Pro with the best specs, but a high starting price and confusing emphasis on productivity relative to its size. Unless you’re replacing a 10-inch netbook from the early 2000s, most people swapping a PC for an iPad will be more than happy with the now-cheaper Air 2. For those looking to get real work done, just get a Surface, for goodness’ sake.

Rhuaridh Marr is Metro Weekly's managing editor. He can be reached at rmarr@metroweekly.com.
← Previous Story PlayStation VR launches October for $400 — yes, more than the PS4
Next Story → Samsung’s Galaxy S7 Edge is boring, and that’s why it’s brilliant