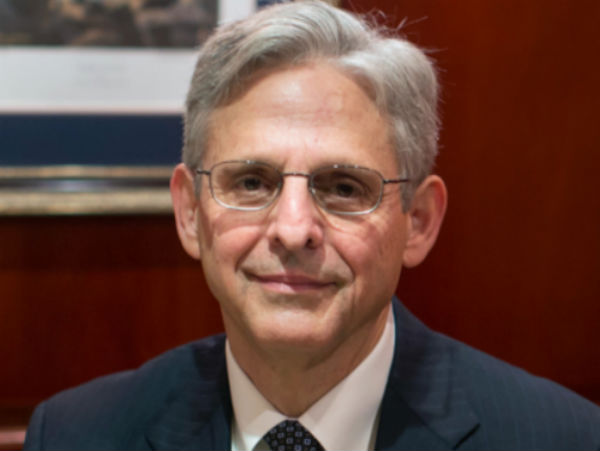 A number of LGBT and left-leaning organizations are calling on Senate Republicans to hold hearings and vote on U.S. Court of Appeals Judge Merrick Garland, chosen by President Obama to fill the vacant seat on the U.S. Supreme Court.

On Wednesday morning, Obama officially nominated Garland as the successor to longtime conservative justice Antonin Scalia, who died last month. In introducing Garland, Obama praised him as “one of America’s sharpest legal minds” and someone “who brings to his work a spirit of decency, modesty, integrity, even-handedness and excellence.” He also stressed Garland’s “insistence that all views deserve a respectful hearing” and his ability to “respond to the concerns of others with sound arguments and airtight logic.”

“Over my seven years as president, in all my conversations with senators from both parties in which I asked their views on qualified Supreme Court nominees, and this includes the previous two seats that I had to fill, the one name that has come up repeatedly from Republicans and Democrats alike is Merrick Garland,” Obama said in prepared remarks.

But the president also acknowledged that the naked partisanship of recent years has led Senate leadership — and the bulk of the Republican caucus — to refuse to even meet with Garland or hold hearings on his nomination, let alone confirm him.

“Now, I recognize that we have entered the political season, or perhaps these days it never ends, a political season that is even noisier and more volatile than usual,” Obama said. “…I also know that because of Justice Scalia’s outsized role on the court and in American law and the fact that Americans are closely divided on a number of issues before the Court, it is tempting to make this confirmation process simply an extension of our divided politics, the squabbling that’s going on in the news every day. But to go down that path would be wrong. It would be a betrayal of our best traditions and a betrayal of the vision of our founding documents.”

While Garland appears not to have made many major decisions dealing directly with LGBT rights, the Human Rights Campaign (HRC) vowed to examine his record and judicial philosophy, as well as any cases on which he may have ruled. But the organization says that Garland deserves a fair hearing: Last month, HRC, along with 81 other organizations, condemned Republicans on the Senate Judiciary Committee for saying they would refuse to hold hearings for any Obama nominee to the high court. HRC will also be participating in the #DoYourJob National Day of Action calling on Senate Republicans to hold hearings on the nomination.

“Americans deserve a full Supreme Court bench, and President Obama’s nominee deserves a hearing,” HRC President Chad Griffin said in a statement. “There is no doubt that Merrick Garland is a highly qualified candidate, and the Senate has a Constitutional responsibility to give him swift and fair consideration. The Supreme Court has a sacred responsibility to uphold the rights of all citizens, and we must hold accountable any politicians who tamper with our nation’s highest court for their own gain.”

“President Obama has selected a superbly qualified candidate whose nomination should be moved forward promptly,” said Shannon Minter, legal director of the National Center for Lesbian Rights. “Any delay by the Senate in fulfilling its constitutional obligation to confirm his nomination would be unconscionable.”

“Delaying to fill the Supreme Court vacancy has serious implications for the lives of millions of people for generations to come,” added Rea Carey, executive director of the National LGBTQ Task Force. “Too much is at stake including the future of voting rights, racial justice, economic justice, immigration reform, reproductive rights, and full equality for LGBT people…. Failing to hold a fair hearing is not only morally wrong but it is also a complete disregard to the Constitutional responsibilities of the Senate.”

The National Center for Transgender Equality (NCTE) outlined, in a blog post on its website, the limited history of transgender rights cases that have come before the Supreme Court, but also the various cases on transgender rights that are currently working their way through the legal system and may eventually end up before the Supreme Court. The organization notes that failing to fill the vacancy left open by Scalia’s death could have negative ramifications for America’s transgender community.

“Moreover, it’s certain that [decisions] by the court on the rights of privacy, liberty, equal protection, and free speech, individual rights during police encounters and in prisons, and the interpretation of our civil rights laws — whether or not parties to those cases are trans themselves — will profoundly affect the lives of transgender people,” NCTE’s statement reads. “Indeed, cases already before the Supreme Court on access to medical care — such as Zubik v. Burwell, a case being argued next week that could determine whether employers can deny individuals access to contraception — will profoundly affect trans people’s access to care.

“Today, President Obama nominated Chief Judge Merrick Garland of the U.S. Court of Appeals for the D.C. Circuit to the Supreme Court,” NCTE added. “We hope the Senate, which confirmed Judge Garland in 1997, will act quickly on this nomination.”