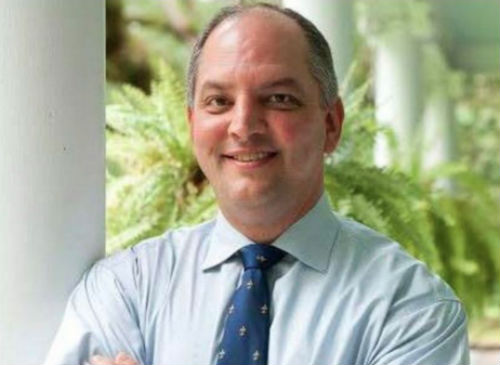 While most other Southern states are embracing discriminatory measures under the guise of religious freedom, Louisiana is going in the opposite direction.

“We are fortunate enough to live in a state that is rich with diversity, and we are built on a foundation of unity and fairness for all of our citizens,” Edwards said in a statement. “We respect our fellow citizens for their beliefs, but we do not discriminate based on our disagreements. I believe in giving every Louisianan the opportunity to be successful and to thrive in our state. Our goal is to promote the opportunities we have right here in Louisiana.

“While this executive order respects the religious beliefs of our people, it also signals to the rest of the country that discrimination is not a Louisiana value, but rather, that Louisiana is a state that is respectful and inclusive of everyone around us,” Edwards added.

Edward’s order reverses a previous executive order issued by Gov. Bobby Jindal (R) last year that allowed people to claim religious or moral objections as justification for refusing to provide goods or services to LGBT people or same-sex couples. It also mirrors similar executive orders issued by the state’s last two Democratic governors, Edwin Edwards and Kathleen Babineaux Blanco, and ordinances currently in effect in the cities of New Orleans and Shreveport. Edwards also noted in a press release that his executive order does not conflict with religious liberty protections granted by the state’s 2010 Preservation of Religious Freedom Act.

The business community has largely supported states that adopt LGBT nondiscrimination protections because such protections make it easier to attract and retain talent that can help improve businesses’ bottom lines.

“GNO, Inc. commends Governor John Bel Edwards for his executive order barring discrimination in Louisiana,” Michael Hecht, president and CEO of Greater New Orleans, Inc., said in a statement praising Edwards’ order. “The perception of Louisiana’s reputation has gone from worst to first in recent years, and this action will help to solidify Louisiana’s current reputation as a welcoming place for business and talent.”

“The previous administration’s executive [order] I am rescinding was meant to serve a narrow political agenda,” Edwards said. “It does nothing but divide our state and forced the business community, from Louisiana’s smallest businesses to large corporations, like IBM, to strongly oppose it. This executive order threatens Louisiana’s business growth, and it goes against everything we stand for — unity, acceptance, and opportunity for all.”

John Riley is the local news reporter for Metro Weekly. He can be reached at jriley@metroweekly.com
← Previous Story Half of population carries “gay gene,” study finds
Next Story → Business Backlash