Brendan Maclean: Hugs Not Drugs (Or Both) (review)

On his newest single, Brendan Maclean embraces queerness and controversy

Aside from the odd semi-viral hit, Brendan Maclean seems to have flown under most pop culture radar for the past few years. Now touring Australia with the musical Velvet, the 28-year-old Sydney native enjoyed modest success with “Tectonic,” released late last year, and the 2013 song “Stupid” — possibly the best breakup song you’ve never heard. What he lacks in name recognition, he makes up with an infectious flamboyance that comes through strongly in his music, and which is on full display on his newest single.

) is straightforward and familiar — a group of close friends get together in a condo to let loose, unwind, and celebrate nothing in particular. With the right company, it says, hugs and drugs can in fact coexist. As protest songs go, it’s light-hearted and almost innocent, but along with its mockery of middle class sensibilities, there is a sincere plea for consenting adults to be left to their own devices. Whichever side of that one comes down on, there’s no denying that “Hugs” is a pretty fun song. The vocals and the electropop beat are effortlessly raucous and boisterous, and it features some clever lyrics as well. It’s hard not to crack a smile at a line like “Let’s both get drunk and text all of our exes.”

Maclean’s talent for crafting infectious dance rhythms was also on display in “Tectonic,” his previous single. For all that song’s strengths, however, its B-side “Henry” might be the one that steals your heart. When even queer artists still shy away from writing explicitly gay love songs, “Henry” is an unapologetic ode to a same-sex romance that has since faded. Beyond his clever lyrics and catchy hooks, Maclean stands out in a sea of talented young pop artists for embracing his queerness in a way that few others do. The video for “Hugs Not Drugs” features a beard full of glitter, gold tights, and at least one gratuitous chiseled butt in a shower.

For all his versatility and willingness to experiment stylistically, Maclean seems truly at home with dancey indie pop, and this latest single could be an early sign of an artist truly coming into his own. “Hugs Not Drugs (Or Both)” has all the makings of a pop hit, and shows a rare ability to seamlessly blend the light-hearted with the sincere. Maclean’s talent for songwriting and his flair for spectacle will definitely make him one to watch.

“Hugs Not Drugs (Or Both)” is available on iTunes and on Maclean’s Bandcamp.

"Hugs Not Drugs (or Both)" by Brendan Maclean 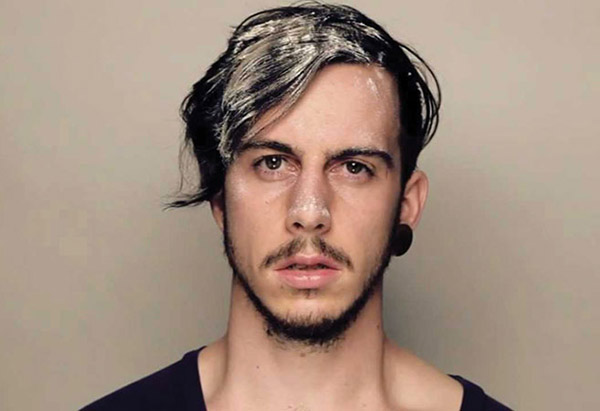