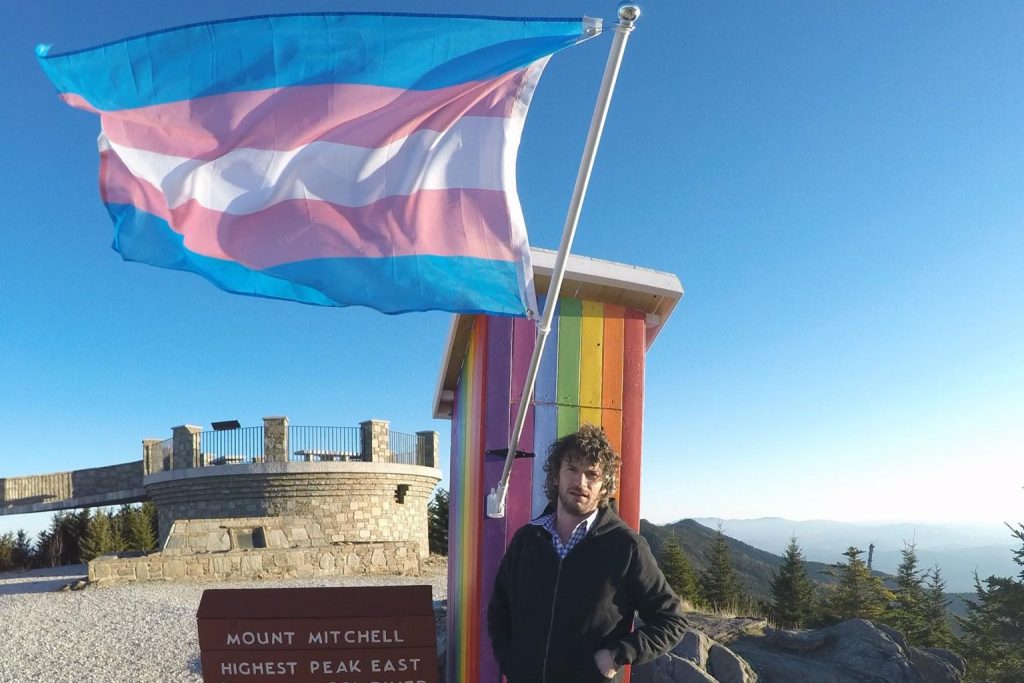 “I proudly placed a rainbow-painted outhouse displaying a trans pride flag at the summit of North Carolina’s tallest mountain this morning in protest of the state’s repressive HB2 legislation.”

–Neal Gottlieb, owner of Three Twins Ice Cream and a former Survivor contestant, writing on his Facebook page after he climbed Mount Mitchell in North Carolina. Gottlieb attached a transgender pride flag to the outside of a rainbow-hued outhouse he had constructed “in protest of the state’s repressive HB2 legislation.”

HB2, as well as granting businesses and individuals the right to discriminate against LGBT people. forces transgender people to use a bathroom or locker room that corresponds with their birth gender — not their gender identity.

Gottlieb posted a letter to the outside of the outhouse, addressed to Gov. Pat McCrory, in which he calls McCrory’s support of HB2 “a load of crap. Government-back [sic] discrimination has no place in just societies.”

Read the full letter below:

As of this morning, an outhouse proudly displaying a trans pride flag is sitting atop Mount Mitchell, North Carolina’s tallest mountain. It was placed there in protest of HB2, your state’s institutionalization of discrimination (also known as hate) against members of the trans community (also known as humans). Yes, at least for a little while, North Carolina’s highest point is an outhouse; a fitting symbol for a state that has sullied itself with shitty, repressive legislation.

You still support HB2, claiming it is for the people’s safety, but we all know this is just a load of crap. Government-back discrimination has no place in just societies. Soon enough HB2 will be reversed and your legacy will be skid marks in North Carolina’s history.

Of course you can admit that you shit the bed, reverse HB2 and wipe away the mess this harmful legislation leaves behind. We all make mistakes. Please stop dumping on freedom and admit your wrongs. We’ll all feel much better when this passes.

Rhuaridh Marr is Metro Weekly's online editor. He can be reached at rmarr@metroweekly.com.
← Previous Story Target: Transgender customers can use whichever restroom they choose
Next Story → Bowser and other mayors urge Tennessee governor to veto counseling exemption bill