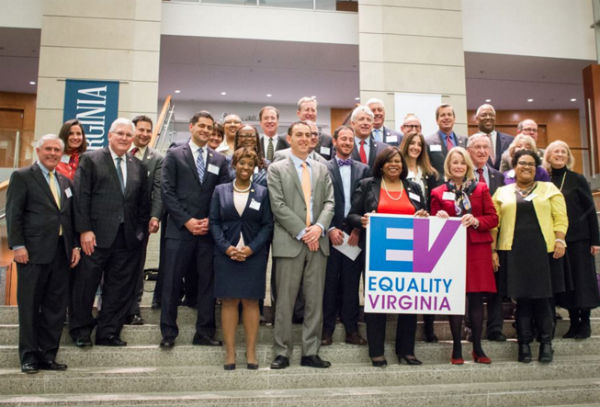 The political truism “Elections have consequences” has never been true more than in the Old Dominion this year, after Senate Democrats upheld a veto by Gov. Terry McAuliffe (D) of a “religious exemption” bill that would have allowed discrimination against members of the LGBT community.

The religious exemption bill in question, SB 41, could have had far-reaching consequences for vulnerable LGBT Virginians. As passed, it would have given significant leeway to individuals or businesses that wish to discriminate against LGBT people by citing a “sincerely held” religious or moral belief as an excuse for refusing them goods or services. The bill also would have provided exemptions for clergy, religiously-affiliated organizations, civil marriage celebrants and even agencies that contract with the state or receive taxpayer funds.

On Wednesday, the bill went back to the Senate, where it first originated and had originally passed on a party-line vote of 21-19. To override the governor’s veto, supporters of the legislation would have needed a two-thirds majority of those present in the chamber. And Democrats were down one seat after the death of Sen. John Miller (D-Newport News), reducing the number of crossover votes needed from six down to five. Nonetheless, the Democratic caucus stood strong, with all 18 members opposing the bill and denying it the necessary votes to move onto the House for a similar vote. As a result, the legislation is dead until the start of next year’s legislative session, when conservative lawmakers can — and likely will — reintroduce the bill in another form.

Similarly, in the House, Democrats can — for the first time in McAuliffe’s term — prevent Republicans from overriding a gubernatorial veto if they vote on a party-line basis. Republicans currently hold only 66 seats, leaving them one vote shy of an override. While the House did not take up the religious exemption bill, they did exercise their clout to uphold a McAuliffe veto of another bill that would have forced teachers to flag and seek parental approval of anything deemed to have “sexually explicit material.” Some critics of that bill claimed that the term “sexually explicit” was so broad — and would have been defined differently by various school boards throughout the state — that material that even references the existence of the LGBT community could be deemed “sexually explicit.”

In vetoing the religious exemption bill, McAuliffe noted that giving the appearance of discriminating against the LGBT community would make it harder to attract businesses who wish to protect and retain their LGBT employees. He pointed to the economic backlash that has been visited on the state of North Carolina in recent weeks after that state passed a law that repealed all local LGBT-inclusive nondiscrimination ordinances and prohibits transgender individuals from using the bathroom consistent with their gender identity. He also noted that the basic First Amendment protections that supporters of SB 41 claim to seek — namely, freedom of speech, freedom of religion, and the right of clergy to refuse to support same-sex marriage — are already guaranteed by the First Amendment to the U.S. Constitution.

“Any additional protections are styled in a manner that prefers one religious viewpoint — that marriage can only validly exist between a man and a woman — over all other viewpoints. Such a dynamic is not only unconstitutional, it equates to discrimination under the guise of religious freedom,” McAuliffe wrote in his veto message on Mar. 30.

James Parrish, the executive director of Equality Virginia, repeated his previous praise of McAuliffe following the initial veto of SB 41 and celebrated the bill’s defeat.

“This bill was never about protecting religious leaders and organizations from solemnizing gay and lesbian unions,  those protections already exist, but rather about creating a license to discriminate against the LGBT community,” Parrish said in a statement. “All we need to do is look at North Carolina to know how important it is to have leadership that wants to make our state open and welcoming for all. Thank you, Governor McAuliffe!”

John Riley is the local news reporter for Metro Weekly. He can be reached at jriley@metroweekly.com
← Previous Story Jeffrey Austin to perform at Capital Pride Heroes Gala
Next Story → Montgomery County Council approves resolution to ban travel to anti-LGBT states