Taking a fresh look at a well-worn trope is a daunting task at the best of times. Love Songs is Winterpills’ effort to bring their own interpretation to the love song, which they do with great care, filtering the idea of love through familiar themes. Rather than love in all its forms, Love Songs (

) zeroes in on a few in particular. The love they explore is a love of the past, a love of what was, and a love of fleeting moments that pass too quickly.

Winterpills’ particular brand of folk rock tends to embrace a more subdued, atmospheric tone, and Love Songs is no exception. Most of the songs are slow-paced, carried by rich instrumentation and Philip Price’s soft, plaintive voice. This aesthetic complements the themes of loss, memory, and transience that the band frequently returns to. At times, they come close to being cryptic, but the band somehow balances the opacity with an intimacy that invites listeners into the song’s world.

If the tone is familiar, stylistically the band is a little more daring this time around, and they deserve credit for blending disparate elements so seamlessly. The garage rock guitar on “The Swimmers and the Drowned” is right at home with the harmonica section of “Wanderer White.” Even in such a cohesive album, though, there are songs that stand out. “Freeze Your Light” gently evokes the symbolic power of literally capturing the light of a particular moment in a photo, and “Chapel” features an unexpected but totally welcome chaotic guitar solo. “Bringing Down the Body Count” might be the high point of the album, a dark and energetic number carried by Flora Reed’s intense vocals. While Reed harmonizes beautifully with Price on other songs, by the end of “Body Count,” you might be forgiven for wondering if the band missed a chance to use her voice to its full potential.

While Winterpills have remained true to their trademark style, at the same time they have also expanded the boundaries of that style, which has paid off in the form of a more mature sound. Love Songs is still recognizably Winterpills, but it feels larger and more expansive than the band’s previous work. Rather than reinvention, Winterpills opts for consistency this time, and those who have been drawn to the band’s style in the past will find a lot to appreciate here. Winterpills has stayed close to the themes and ideas that have worked for them before, and a solid and interesting album is the result.

Love Songs is available on iTunes and Amazon. 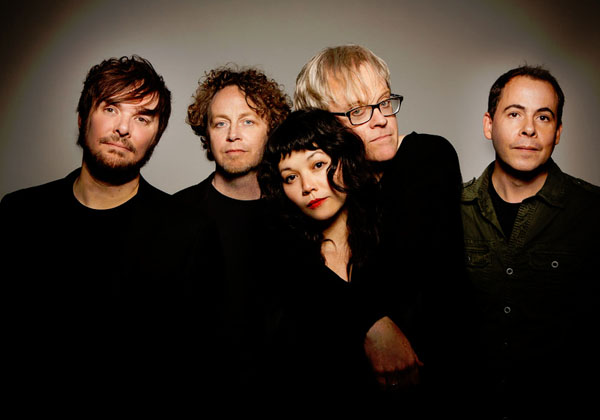