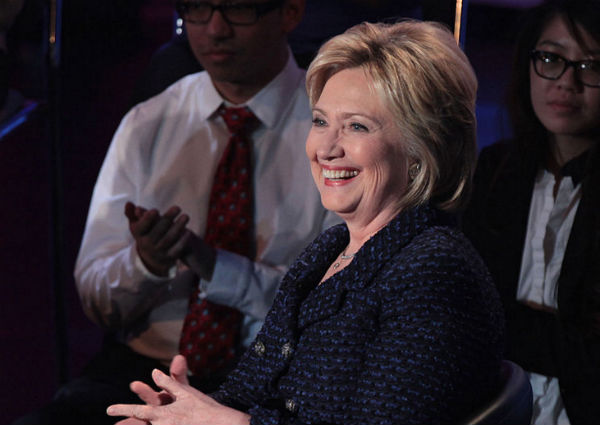 A national transgender advocacy organization is criticizing the Clinton campaign for promising — and then backtracking — to fill out its political questionnaire on issues of importance to the transgender community.

In response to the Clinton campaign’s refusal to complete the survey, TUF is now calling publicly on the campaign to follow through on its promise and for representatives from the campaign to meet with TUF advisory board members to discuss this development.

“If people thought the old patterns of silent gratitude; quiet, off the record conversations and hoping for the best would be how we react to slights in this new trans rights paradigm, that would be a critical mistake,” Monica Roberts, a member of TUF’s presidential endorsement committee, said in a statement. “The advisory committee of TUF represents a diverse, cross section of trans people — including many of the most vulnerable. We know personally what’s on the line for us and our nation and we fervently believe it is crucial to seek a bold and unambiguous commitment to our community from all candidates that seek our support.”

Roberts also noted that TUF was “perplexed” by the Clinton campaign’s response, and found it “concerning” that the campaign would not take a more public stand on transgender issues, given Clinton’s past record on those same issues.

“We believe it’s important — not just for us — but also for our community, our allies and the people like myself who enthusiastically voted for you in the various primary contests, to have the benefit of responses from both candidates,” Roberts said in a statement.

TUF notes that while it is important for presidential candidates to support nondiscrimination measures, such a stance is only a starting point, as transgender communities are also affected by issues such as poverty, access to health care, and a lack of employment opportunities, among others. As such, the group notes, candidates must also demonstrate a commitment to policies that will address those issues, which are crucial for transgender people who live at the intersections of multiple identities, including youth, undocumented people, people of color and women.

“The trans community is under attack, and in order for us to make a credible, and impactful endorsement, we need a commitment from our leaders on issues that make life and death differences for trans people,” said transgender activist Bamby Salcedo, another advisory board member of TUF’s presidential endorsement committee. “That is why we created a survey that included key issues like violence and HIV as well as nondiscrimination and bullying. We believe — and we believe the Secretary believes — that these are political issues. And that’s why we’re holding firm that both candidates should honor their commitment to complete the questionnaire and let our community and our allies know where they stand. Our lives are on the line!”

Last year, Clinton released an LGBT factsheet, detailing everything she would do as president to advance LGBT rights and causes. Her campaign included several policies aimed at the transgender community, including fighting for “full federal equality,” updating nondiscrimination protections to include gender identity, allowing trans military personnel to serve openly, combating violence against transgender people, streamlining the process for identity documents, and investing in law enforcement training to better interact with the LGBT community. Clinton’s proposals are more in-depth and extensive than those proposed by the Sanders campaign.

Clinton has previously been endorsed by the Human Rights Campaign, due in part to her long record of fighting or advocating on behalf of LGBT rights at home and abroad, during her tenure as Secretary of State. But that endorsement drew criticism from supporters of Bernie Sanders, who claimed that the organization had overlooked Sanders’ longstanding support of LGBT rights while treating the Clinton campaign with kid gloves. The Sanders campaign released a statement calling the endorsement was an example of “establishment organizations voting for the establishment candidate,” a charge that Clinton pushed back against on Twitter.

John Riley is the local news reporter for Metro Weekly. He can be reached at jriley@metroweekly.com
← Previous Story Charlotte City Council considering repealing nondiscrimination ordinance
Next Story → Charlotte has lost $285 million and 1,300 jobs thanks to North Carolina’s anti-LGBT law