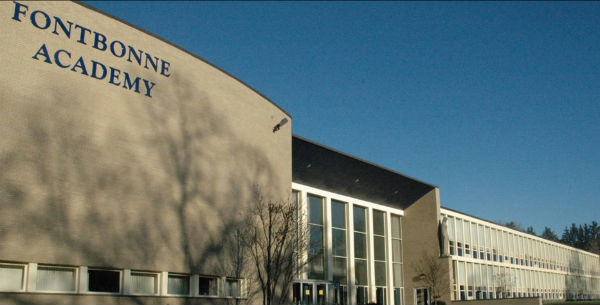 An all-girls Catholic school in Massachusetts that was found to have discriminated against a gay cafeteria worker when it found out he was married to a man has reached a settlement for an undisclosed sum of money with the worker in question, The Boston Globe reports.

Barrett filed suit, claiming he had been discriminated against, in violation of Massachusetts’ nondiscrimination law prohibiting disparate treatment based on sexual orientation. But lawyers for Fontbonne Academy argued that the school was legally permitted to discriminate under religious exemptions that were carved out and provided to religiously-affiliated entities in order to pass the LGBT nondiscrimination law through the Catholic-dominated Massachusetts General Court, or legislature.

But Fontbonne lost when the case came before the Massachusetts Superior Court. In a ruling in December, Superior Court Judge Douglas Wilkins said the religious exemption did not apply to the school because Fontbonne accepts non-Catholic students and employees, regardless of their faith. According to Wilkins, the statutory exemption only applies to organizations that seek to limit membership or admission to adherents of a certain religion.

Wilkins also noted that the First Amendment’s protections for religious expression did not apply, as hiring a food service worker who happened to be married to a same-sex spouse would not interfere with Fontbonne’s ability to express its opposition to same-sex marriages, including in the classroom.

By settling with Barrett for the undisclosed amount of money, Fontbonne gives up its right to appeal the case. That comes as a surprise to many, as right-wing and Catholic-affiliated groups had decried the lawsuit as an attack on religious freedom. But Fontbonne Academy said in a statement that it was “pleased” that the lawsuit had been resolved, thanking Barrett for “his willingness to come together with us in a spirit of conciliation.”

Barrett told the Globe he was happy the legal ordeal was over, adding that he just hopes a similar situation doesn’t happen to anyone else.

“This is a case that there was not a factual dispute about whether discrimination occurred, but whether they had a permissible reason,” Ben Klein, a lawyer with GLBTQ Legal Advocates & Defenders (GLAD) who represented Barrett in the lawsuit. “They do not.”

Klein also noted that Barrett’s case could have larger implications for future lawsuits, adding that he hopes it sends a message to other employers who wish to discriminate under the guise of religious freedom.

“This is the first case in the country to rule that an employer has no religious justification for discrimination,” he said. “Everyone deserves to be treated on their merits, and not based on whom they love or any other protective category.”