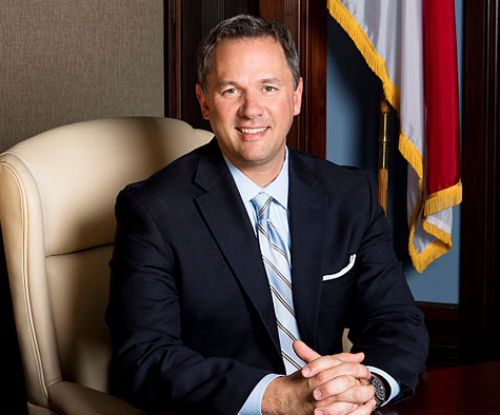 North Carolina’s Republican officials responsible for pushing through the state’s discriminatory HB 2 law responded to a letter from the U.S. Department of Justice telling Gov. Pat McCrory (R) that the law violates Title VII of the Civil Rights Act and Title IX of the Education Amendments of 1972.

In its letter, the Justice Department explained how the law violates Title VII, and how courts have given deference to the U.S. Department of Education’s interpretation of Title IX’s prohibitions on sex discrimination as applying to transgender individuals.

“Title VII prohibits an employer from discriminating against an individual on the basis of sex and from otherwise resisting the full enjoyment of Title VII rights,” the Justice Department’s letter says. “…Federal courts and administrative agencies have applied Title VII to discrimination against transgender individuals based on sex, including gender identity.”

The Justice Department also requested that McCrory and state officials respond by Monday and inform the federal government whether they intend to continue enforcing HB 2’s provisions regarding restrictions on bathroom use by transgender individuals.

In response, McCrory has, so far, refused to budge from his support of the bill he signed into law, according to The Charlotte Observer. The governor told a group of business leaders that the letter was “something we’ve never seen regarding Washington overreach in my lifetime.”

“This is no longer just a North Carolina issue. This impacts every state, every university, and almost every employee in the United States of America,” McCrory said. “All those will have to comply with new definitions of requirements by the federal government regarding restrooms, locker rooms and shower facilities in both the private and public sector.”

Other Republican state officials,House Speaker Tim Moore and Senate President Phil Berger, also decried the “overreach” of the Justice Department, and, by extension, the Obama administration.

“It looks an awful lot like politics to me,” Moore said. “I guess President Obama, in his final months in office, has decided to take up this ultra-liberal agenda.”

University of North Carolina will abide by HB 2

Meanwhile, Lt. Gov. Dan Forest blasted the Obama administration for putting children at risk, employing arguments that allowing transgender people to use the bathroom that corresponds to their gender identity will make it harder to enforce existing laws against sexual predators. The predators, the argument goes, will simply claim they are transgender in order to avoid criminal prosecution.

“To use our children and their educational futures as pawns to advance an agenda that will ultimately open those same children up to exploitation at the hands of sexual predators is, by far, the sickest example of the depths the … administration will stoop to (to) ‘fundamentally transform our nation,'” Forest said.

John Riley is the local news reporter for Metro Weekly. He can be reached at jriley@metroweekly.com
← Previous Story Arrest made in stabbing of transgender woman in Kansas
Next Story → Trans United Fund releases historic ad featuring parents of transgender children