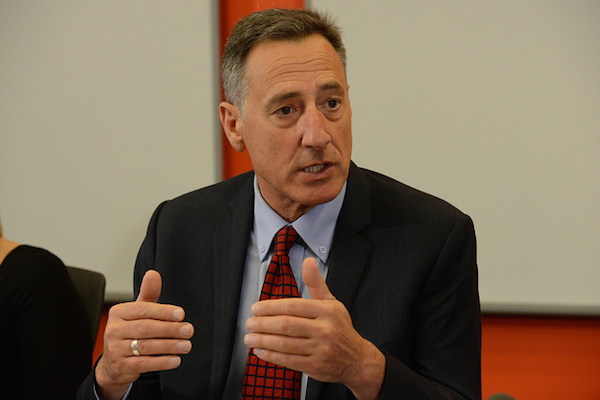 Vermont Gov. Peter Shumlin (D) signed a bill banning conversion therapy on minors into law, making the Green Mountain State the sixth state and the eighth jurisdiction to ban the practice, which attempts to change a person’s sexual orientation or gender identity.

Under the bill, licensed mental health providers who perform such therapies on those under the age of 18 would risk losing certification or licensure. The bill does not apply to adults who choose of their own accord to undertake conversion therapy, nor to counselors who may be licensed but are acting in a non-professional capacity, such as a religious leader or spiritual advisor. The bill goes into effect on July 1.

Opponents of conversion therapy claim that while it may change a person’s behaviors, it is unsuccessful in changing a person’s sexual orientation, and can lead to extreme depression, substance abuse, and suicide when the desired or promised results never arise. Other states that have banned the practice include California, New Jersey, Oregon, Illinois, and New York. The city of Cincinnati and the District of Columbia have also passed similar legislation.

The National Center for Lesbian Rights (NCLR) praised Shumlin and Vermont lawmakers for passing the ban. NCLR has been working with local lawmakers to pass similar bans in other states as part of its #BornPerfect campaign, which seeks to completely end the use of conversion therapy by licensed practitioners on minors by 2019. The group has also partnered with the Human Rights Campaign and the Southern Poverty Law Center to file a lawsuit against a major provider of conversion therapy. That lawsuit urges the Federal Trade Commission to treat conversion therapy as fraud by using consumer protection laws to take action against therapists who market the practice to their clients.

“We are thrilled that Vermont has joined the rapidly growing number of states leading the way to protect LGBTQ youth from conversion therapy,” Carolyn Reyes, NCLR’s youth policy counsel, said in a statement. “Vermont families can now have confidence that the mental health professional they turn to in times of uncertainty may not use their state license to profit from their children’s pain. Most importantly, Vermont children can now rest easy in the knowledge that they cannot be forced or coerced to undergo dangerous and discredited treatments to try to change who they are.”

John Riley is the local news reporter for Metro Weekly. He can be reached at jriley@metroweekly.com
← Previous Story 11 states sue the Obama administration over transgender guidance to schools
Next Story → KKK in Alabama: Trans “freaks” should pee outside