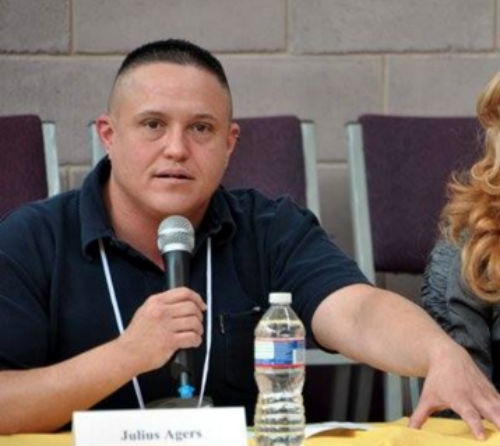 The board of directors of Brother, Help Thyself (BHT), the organization that provides grants to help support local LGBT and HIV/AIDS nonprofits, voted 6-1 on Wednesday night to approve modifications to its bylaws consistent with recommendations from its Bylaws Advisory Committee.

The Bylaws Advisory Committee’s recommendation largely centered around two issues: updating the bylaws to remove any references to gender, including ensuring that the nondiscrimination language is in compliance with the D.C. Office of Human Rights’ list of protected traits; and allowing people from the larger LGBT community who are not affiliated with BHT’s current member organizations to be elected to and serve on BHT’s board.

As originally formed, BHT’s member organizations included clubs or societies such as the Highwaymen TNT, Potomac MC, the Atlantic States Gay Rodeo Association, the Academy of Washington, Centaur MC, Spartans MC, the District of Columbia Bear Club, and C.O.M.M.A.N.D. MC, with each organization naming a representative to the BHT board. But Jim Slattery, BHT’s president, enthusiastically backed the recommendations of the Bylaws Advisory Committee, noting that the previous structure prevented other well-qualified individuals from serving on the board and citing the need for new blood and fresh ideas.

“The structure in place since BHT’s founding in 1978 worked very well over the course of most of its 38 years,” Slattery said in a statement. “But as so many talented, skilled and compassionate people who’ve served on our board over the decades faced burnout, it became crystal clear early on in my Presidency that BHT could not grow or flourish without overhauling our board model.

“I’ve always been struck by just how hamstrung we were by our membership model, not allowing for individuals with fresh ideas in the areas of fundraising, community outreach, and education in health and LGBTQ-specific needs to the table by the simple fact they did not belong to one of our member clubs,” Slattery continued. “Now, we’ll have the best of both, and a renewed energy, by bringing together Directors with a keen sense of organizational history along with new Directors and their new ideas and LGBTQ ideology.”

As a result of the change, Slattery plans to seat a nominations committee that will be tasked with recruiting and reviewing candidates to serve on the board. That committee will make its recommendations later this fall, with the intent of holding an election in November or December of this year.

BHT surpasses $3 million in grants given out to local organizations

At Wednesday’s meeting, the board also unanimously confirmed Julius Agers as its new board secretary, replacing longtime board member Beth Brockelman, who stepped down last month. Agers, a two-spirited transgender person, is a local LGBT activist, 2016 Capital Pride Engendered Spirit award winner, a former board member of the Gertrude Stein Democratic Club, and a member of the Mayor’s Advisory Committee to the Office of LGBTQ Affairs.

“I was thrilled when Julius accepted my call to serve as BHT’s Secretary,” Slattery said. “He is a legend in the LGBTQ community both locally and across the country and we look forward to working with him in this capacity.”

“I want to thank Brother, Help Thyself for the opportunity to be a part of such a wonderful organization that does such great work,” Agers said in a statement. “I hope that I can be helpful in my capacity as Secretary, and I look forward to learning and building strong relationships with each member of the Board.”

John Riley is the local news reporter for Metro Weekly. He can be reached at jriley@metroweekly.com
← Previous Story Capital Pride: Your Essential Guide to the Best Events
Next Story → Fourth Circuit refuses to stay its ruling in Grimm case