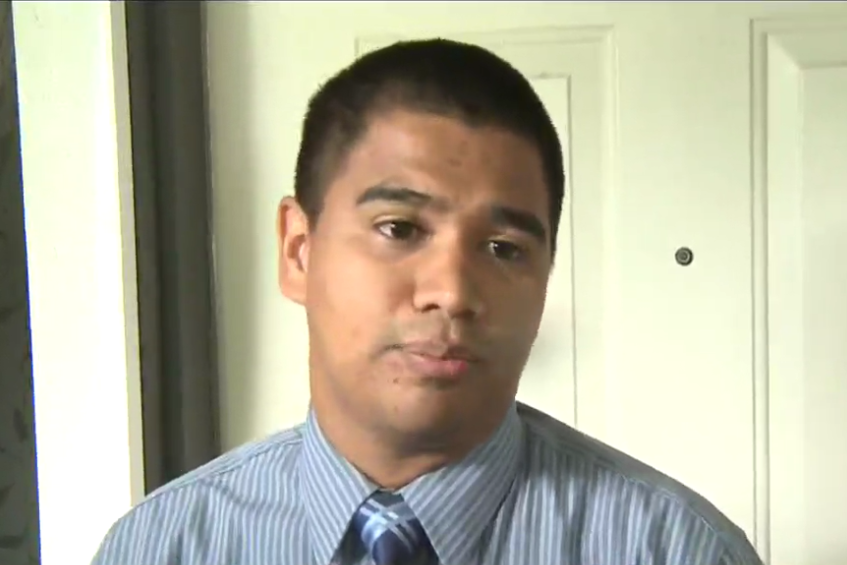 Think of it as cosmic karma: an anti-gay pastor who praised the killing of LGBT people in Orlando must begin looking for a new place to preach, after the owner of the building where his church is housed has decided not to renew their lease.

Pastor Roger Jimenez, of Verity Baptist Church in Sacramento, came under fire after remarks he had made in a sermon went viral on YouTube. Jimenez told his congregation that they should not feel sad for the Orlando shooting victims.

“Are you sad that 50 pedophiles were killed today?” Jimenez said. “I think Orlando, Florida, is a little safer tonight. The tragedy is that more of them didn’t die. The tragedy is I’m kind of upset he didn’t finish the job.”

In response, large crowds have arrived at the business park where the church is located to protest against Verity Baptist Church and Jimenez in particular. But Jimenez remains defiant, refusing to apologize for his remarks and saying he does not regret making the comments about Orlando.

Harsch Investment Properties, a Portland-based company that owns the business park, cannot legally evict the church while the lease remains in effect, but representatives of the company say they cannot tolerate “tenants who advocate hatred and the taking of innocent lives.” Instead, Harsch has attempted to persuade the church to move elsewhere. Should church officials voluntarily move out, Harsch will let them out of their lease without charging any penalty. The current lease expires on March 31, 2017.

“We have many places of worship and other religious organizations in the properties we manage,” Harsch said in a press release. “Like all our tenants, their occupancy rights are protected in their leases.”

But the company also noted that while Jimenez and others are allowed to speak their mind, others have the same free speech rights to protest the church over Jimenez’s views.

“For decades, the owners and staff at Harsch Investment Properties have supported the LGBT community and many other organizations whose missions are to further respect, dignity and the ability for all individuals to live their lives as they wish,” the press release says.

Fort Worth pastor prays for Orlando survivors to die

John Riley is the local news reporter for Metro Weekly. He can be reached at jriley@metroweekly.com
← Previous Story Kim Davis drops appeal over marriage licenses, retreats back into obscurity
Next Story → Gun Controlled: The LGBT community focuses on firearms