National exposure on Star Search gave jazz singer Spencer Day a career. Coming out in The Advocate nearly toppled it. 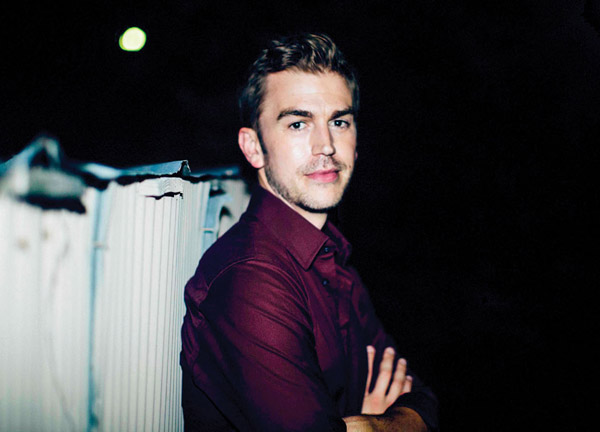 “I was working as a waiter, and not a very good one,” recalls Spencer Day. “I was very earnest but very clumsy — I would spill a lot of food. A roommate heard me sing in the shower and said, ‘You should take voice classes.'” Which is exactly what he did, enrolling to study opera at CalArts, just north of L.A.

But Day, who appears next Thursday, July 7, at Bethesda Blues & Jazz, quickly realized he had no passion for opera, dropping out after a semester. “The teacher was very supportive,” he says. “He said, ‘Just go out there and do it and you’ll be fine.'”

The modern jazz singer spent his early 20s performing in “dive bars and retirement homes,” eventually landing on Star Search, a precursor to American Idol, in which a home audience voted to keep their favorite performers coming back week to week (Billy Porter and David Archuleta were among its winners). Day made finalist in 2003. “The home audience kept voting me back on,” he marvels, adding that it didn’t hurt that “some young women had started a fanclub for me in Iowa.”

The exposure landed the singer-songwriter a contract with two major jazz labels, and his career began to slowly rise. But things took a momentary tumble in 2010 when Day came out in The Advocate. Some fans turned their backs on Day, quite vocally. “I got a lot of emails from people who said, ‘I used to love this song, but now it makes me sick to my stomach,'” he says, adding, as explanation, “Anytime you sing in a romantic way and people want to imagine themselves in a romantic setting with you, it can be a challenge.”

Raised a Mormon, the 37-year-old has embraced his side-career as an activist, fighting “to create a bridge between the LGBT community and the faith of my childhood. I feel there’s a tremendous amount of damage done to young people by telling them that who they love or who they are is wrong.” The recent tragic events in Orlando have only strengthened his resolve.

“I’m in Florida now,” he says. “I was here a day after the shooting…. If there’s anything positive to come out of it, it’s just a tremendous amount of solidarity — re-energizing people to be advocates and activists in their community for real change.”

Spencer Day performs with Dave Damiani and the No Vacancy Orchestra on Thursday, July 7, at 8 p.m., at the Bethesda Blues & Jazz Supper Club, 7719 Wisconsin Ave. Tickets are $25. Call 240-330-4500 or visit bethesdabluesjazz.com.