"Reach out, hug your loved ones, because nothing matters more than that right now." 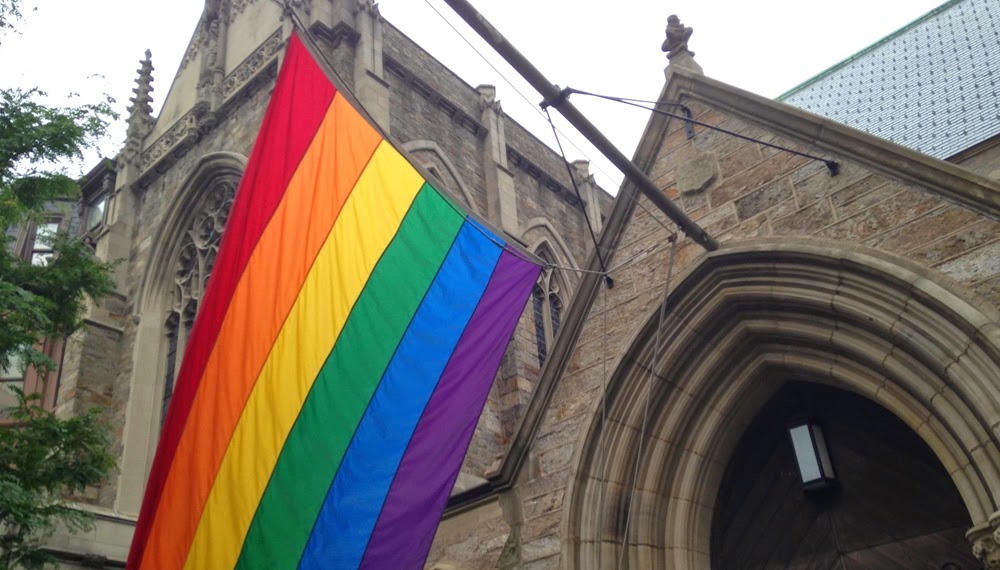 At a GLBT community center in Orlando, local and national LGBT organizations held a press conference in the wake of shootings at a local LGBT nightclub that left 50 dead and 53 wounded.

The various organizations thanked those who helped support the victims and their families, advocated for stronger gun regulations, and offered a rallying cry of sorts to the LGBT community.

“It’s been pretty surreal, unbelievable day,” said Tim Vargas, president of The Center, which hosted the press conference. “There aren’t enough words to express the sorrow that everyone in this room is feeling. Our community is wounded. What we’re here to do today is to start healing and help comfort people in this time of grief.”

Vargas and several other organizations announced a series of counseling services for victims, loved ones and anyone else needing support, which will run through next week.

“Through the next 24 to 48 hours, as more victims’ names are released, we just ask that the community stand in solidarity,” he continued. “Reach out, hug your loved ones, because nothing matters more than that right now.”

Rev. Dr. Nancy Wilson, of Metropolitan Community Churches, delivered a fiery statement advocating for an end to the sale of automatic weapons. She also challenged conservative religious organizations which she believes have helped contribute to anti-LGBT sentiment in America.

“In this event, terror and hate crimes met each other in a powerful way,” she said. “In many ways, this is our Charleston…. This is another moment in which we say, with all the progress we’ve made with marriage equality and other things, there is a deep level of fear and bigotry and hatred — often stemming from religious groups in our country that are aligned with right-wing politics. We who are people of justice have to stand up to this.

“We are a strong, brave and wonderful community,” Dr. Wilson continued. “And we will survive, and we will touch those who have been impacted by this. But we have to be in solidarity and stand up for an end to violence in our country that is made possible because we refuse to take a stand against assault weapons.”

Hannah Willard, Policy and Outreach Coordinator for Equality Florida, thanked the thousands of people who flocked to blood banks and volunteered vehicles, food, water and other items to support organizations.

“I was so heartened today by the outpouring of support from folks near and far who wanted to know how they could help,” she said. “In these moments when we feel helpless, it’s a beautiful thing that so many have come together in this city and across our country to give back and give what they can to the victims, their families and those who are still fighting for their lives in hospital.

“When asked what our next steps can be, when asked what we can do, I think what we all can do is teach our children to treat each other with compassion, with empathy, with dignity and respect,” Willard continued. “I think Florida can be a place where every single child can know that they are celebrated and valued for exactly who they are and I think that’s how we prevent this senseless violence in the future.”

It was also announced that a GoFundMe page set up to allow donations for victims and their families had crossed the $400,000 mark (it has since climbed to over half a million dollars at the time of writing.)

Everything we know so far about the Orlando shootings

Rhuaridh Marr is Metro Weekly's online editor. He can be reached at rmarr@metroweekly.com.
← Previous Story Trump blasted for self-centered Orlando tweet
Next Story → Vice President Biden: Orlando victims were “our brothers and sisters”