Three decades into their career, the Red Hot Chili Peppers can still surprise and impress

Starting out fresh can be a daunting task, especially if you happen to be one of the most celebrated alt-rock acts of the last three decades. With this in mind, it’s probably to the Red Hot Chili Peppers’ credit that they opted to innovate on what was already there, rather than build a new sound from the ground up.

) is best described as a rebirth than a reinvention. Other recent releases gave the feeling that the band was trying too hard to be everything at once — exciting, relevant, and true to the idiosyncratic style that marked Californication. The Getaway instead takes a welcome step back, with a somewhat stripped-down tone that allows the band to play to their strengths and innovate in ways that feel fresh rather than contrived. For an album that is so thematically focused on nostalgia and the passage of time, The Getaway avoids being stuck too much in the band’s past. They still have their fixation with all things California, but the angst that has previously characterized them gives way to a more mature and reflective sound.

The Chili Peppers’ eleventh release marks the first time since 1989 that they have used a producer other than Rick Rubin, and it seems to have paid off. Brian Burton (better known as Danger Mouse) boasts an impressive list of credits, ranging from Gorillaz to Beck to Adele, and brings a fresh approach to this album, helping shake off some of the more stagnant aspects of the band’s sound. The gritty punk rock elements are certainly still there, but they are much less overwhelming, and Anthony Kiedis’ vocals work in harmony with the guitar and bass, rather than coming off as a shouting match as they sometimes have in the past. The title track and lead single “Dark Necessities” are both rich and almost anthemic, characterized by sleek production, tense bass, and swelling instrumentals. “Sick Love” features Elton John hammering away on the piano alongside an energetic, choppy guitar and a backdrop of neo-soul that combines to make it one of the album’s highlights.

Even outside the knockouts The Getaway is built around, there are plenty of moments to appreciate. Tracks like “Go Robot” and “Feasting on the Flowers” borrow from psych and electronica, while “Goodbye Angels” brings a more classic Chili Peppers blend of funk and rap rock. “This Ticonderoga” is an energetic, orchestral epic that might be the biggest and most welcome surprise of the album. So much is packed into the song that it plays like an epic closer, with the final three tracks an unnecessary victory lap in its wake. Even the lyrically rich “The Hunter” and the sweeping, cinematic “Dreams of a Samurai” come off as somewhat underwhelming.

Falling back on what has worked before is not necessarily a weakness, especially for a band that has achieved such universal acclaim over and over again.

Beneath all the innovation, The Getaway remains at its core true to the Chili Peppers’ sound. The elements that have defined the band since the early ’90s are all still there. True to form, Kiedis’ often-inane lyrics have to be taken on their own terms and appreciated for what they are — absurdity for its own sake. On “We Turn Red,” as he repeats the line “Give me all your sick and your tired / Races that we admire,” it’s easy to get the impression that there’s some vague statement on the absurdity of politics in 2016 buried beneath some otherwise absurd lyrics and gritty guitar lines that could have easily been recorded in a garage. It’s a strange bit of pseudo-profundity that doesn’t make much sense, but on the other hand, it is a key part of the approach that has long defined the Chili Peppers. Falling back on what has worked before is not necessarily a weakness, especially for a band that has achieved such universal acclaim over and over again.

For all the innovations on on The Getaway, what is remarkable is how little the band’s sound has actually changed. After all, the Chili Peppers have been making music since the ’80s, giving them literally decades of experience, and even more importantly, a confidence about who they are and what works best about their music. Perhaps the band’s greatest strength on this album is in their ability to bring a new approach while remaining true to their idiosyncratic sound. Balancing both is what gives this album its most memorable moments. Fifteen years beyond their peak, their edginess has worn off somewhat, but The Getaway shows us that they can still surprise and impress.

The Getaway is available now on Amazon and through streaming services.

"The Getaway" by The Red Hot Chili Peppers 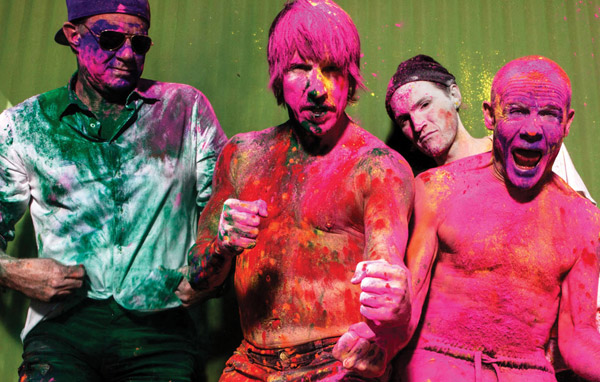