The Avett Brothers' ninth release strives for growth, but falls back on some well-worn tropes 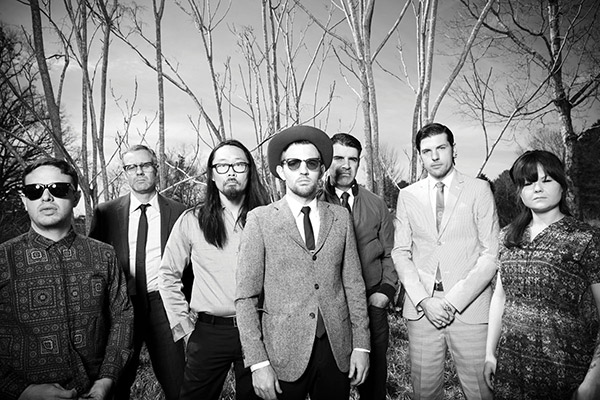 What began in 2000 as the modest project of brothers Seth and Scott Avett has since ballooned into a seven-member folk juggernaut. Since 2009’s breakout hit I and Love and You, the band has successfully turned a small, loyal following into a large, devoted fanbase by riding folk rock’s surge in popularity over the past few years. Many bands have found success following the lead of Mumford and Sons in marrying indie rock with elements of bluegrass and Americana, but few have achieved the popularity and commercial success of the Avett Brothers, currently playing a series of sold-out live shows across the United States.

). The band’s ninth studio album is certainly upbeat and celebratory, but it lacks some of the punch of their earlier work. Here, the Avett Brothers seem to be flirting with a greater variety of instrumentation and stylistic borrowings, but they largely forego experimentation and stick to a style of simple folk rock melodies wrapped around familiar topics. This is not necessarily a weakness — maintaining a tight and consistent style allows them to keep the album focused on a single sound and set of themes. Still, the experimentation is often muted, and between the twangy banjo, acoustic guitar and rollicking fiddle, it’s hard not to get the impression that we have heard this done before.

The album begins with “Ain’t No Man,” a boisterous anthem that seems ready-made for festival crowds to stomp and clap along to. It’s a solid opener, and thematically, it sets the tone for the rest of the album, which explores themes of longing, faith, disappointment, and human frailty. True Sadness maintains a fun, upbeat tone despite its title, but the energy of “Ain’t No Man” doesn’t quite carry through the rest of it. Where the band’s approach falters somewhat is in the lack of cohesion, both between the songs and internally. The Avett Brothers go from theme to theme, barely touching on each one before moving along to the next. Set against the cheery, toe-tapping backdrop of banjos and fiddles, potentially vulnerable songs like “Divorce Separation Blues” feel stripped of the emotional weight they might otherwise have had and instead come across as a bit hollow.

Other tracks simply fall flat. “Smithsonian,” a song heavy on banjo and fiddle that bounces along but never quite seems to go anywhere, also rings hollow — the lyrics, claiming to have made the discovery that “life isn’t easy and lunch isn’t free,” are presumably meant to be tongue and cheek, but become grating the more they are repeated. This discontinuity is strange for a band that has delivered a rawer, more organic sound on past releases. The genuine emotion that came through so strongly on I and Love and You is still there, but now it feels as though it is being sung with a grin, a wink and a nudge.

Despite these shortcomings, the Avett Brothers have a strong foundation to work from, and there are many things they get right on True Sadness. The banjo on “Satan Pulls the Strings” gives this song a rollicking, tearing-through-the-midwest-in-a-pickup vibe, while “No Hard Feelings” and “Fisher Road to Hollywood” feature soft vocals against gentle, acoustic instrumentation — an approach that works well in spite of its simplicity. Beyond their more traditional folk rock stylings, the Brothers also show a certain willingness to experiment with other elements, which allows them to explore some interesting avenues. The song “You are Mine” is a particular highlight, starting with a bouncing banjo that moves into a thumping bassline, and quickly brings in a cascading piano and even a synthesizer. All of these elements could easily have clashed, but instead somehow work beautifully together, the acoustic sounds keeping the song grounded while the synths lend it a nostalgic quality. “May it Last” is a swelling, almost cinematic closing track with an orchestral hook that brings home the idea of facing past mistakes and future hardships with faith, confidence and a sense of humour.

Most of the tracks on True Sadness are listenable enough, and it’s possible that hearing them through headphones or a car stereo simply doesn’t do them justice. A song like “Victims of Life” might come across as banal on its own, but its repetitiveness and its swelling chorus line make it thoroughly stadium-friendly. The Avett Brothers will no doubt have many more chances to play them in front of crowded arenas and amphitheatres as they continue to tour the country this summer. While True Sadness is held back by its timidity and formulaic approach, an infectious optimism and some genuinely enjoyable moments ultimately redeem it.

True Sadness will be available on iTunes, Amazon and Spotify on Friday, June 24, and the Avett Brothers are currently touring the U.S.

True Sadness by The Avett Brothers