Video: The names and faces of Orlando’s 49 victims

At a vigil for Orlando last Wednesday, Dignity/Washington read the names of the victims aloud. We pair the names with the faces in a video tribute.

By Fallon Forbush on June 20, 2016 @FallonWForbush

“To wake up in D.C. and all over the world to news that our community was intentionally massacred during such a celebratory month was devastating,” said Vin Testa. “Despite tears and sadness, our community banded together as we always do.”

The president of Dignity/Washington spoke at a candlelight vigil in Dupont Circle on Wednesday, June 15, honoring the victims of the Orlando shooting. The vigil began with 49 seconds of silence for the lives lost and an additional 53 seconds for those injured. The names and ages of those killed were read aloud. Testa asked the crowd to respond to each name in Spanish with “presente,” which translates to “present.” 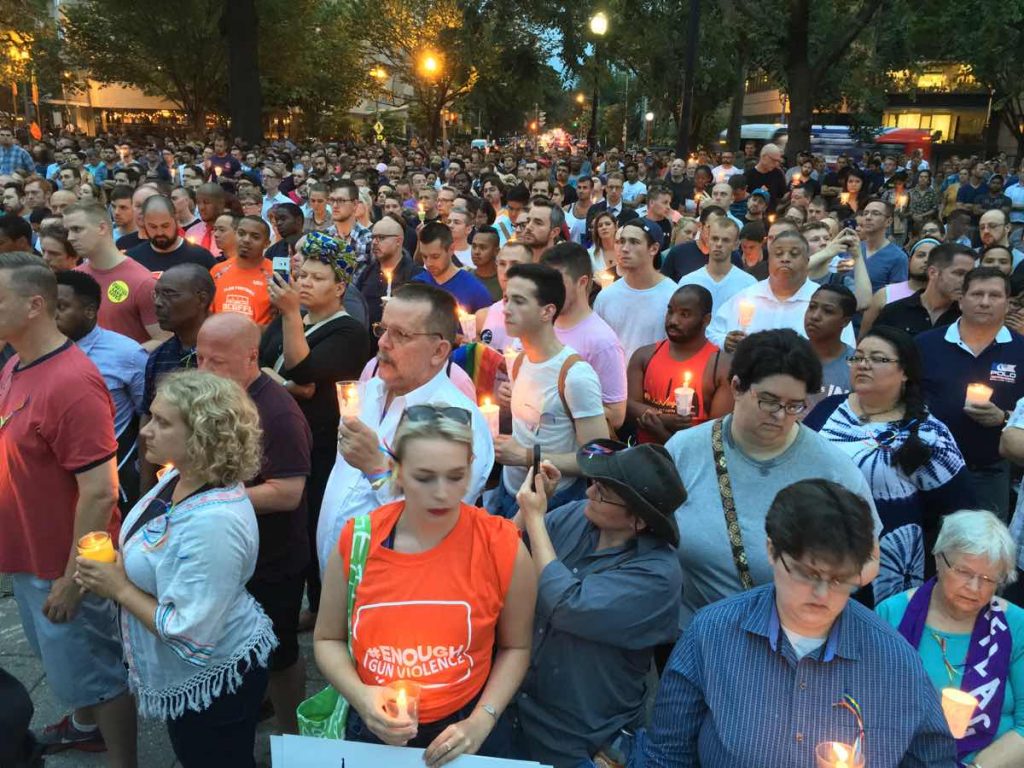 “This indeed was a hate crime that rocked us to our souls,” Darren Phelps, senior pastor of Bethel Christian Church in D.C. , said to the crowd of 2,000. “Enough is enough. Let me say that again: Enough is enough.”

Mourning turned to outrage as gun violence prevention advocates added their voices, including Project End Gun Violence, the Brady Campaign to Prevent Gun Violence and the Coalition to Stop Gun Violence. Several participants later marched to the U.S. Capitol to support the filibuster waged by Democratic Senators demanding votes on stricter gun control. A vote on stricter gun control measures is expected in the Senate today, but is not expected to pass.