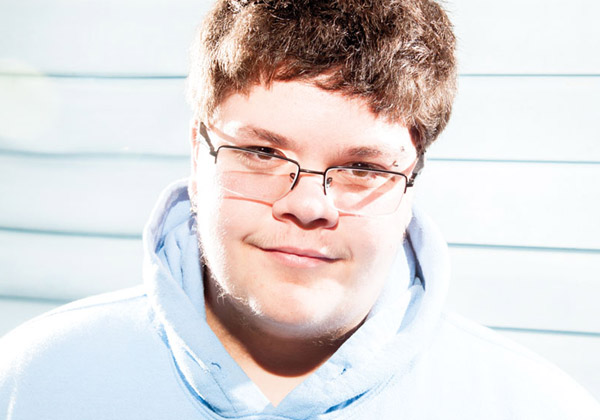 Lawyers for Gavin Grimm have filed papers with the U.S. Supreme Court responding to a motion from the Gloucester County School Board. Earlier this month, the board filed a motion asking the court, and Chief Justice John Roberts in particular, to halt a lower court ruling that would temporarily allow Grimm to use the boys’ restroom while his lawsuit moves forward.

Issued by U.S. District Judge Robert Doumar, the injunction prevents the school board from enforcing its current restroom policy. Under that policy, Grimm, a rising senior, is banned from using the boys’ restroom. Instead, he must use either a restroom in the nurse’s office or a “private, alternative” facility that used to be a broom closet. According to the board, allowing Grimm to use the boys’ bathroom, even temporarily, will “cause irreparable harm.” They worry that the injunction undermines their authority and that some parents could pull their children from school because of concerns about sharing bathrooms with transgender students.

In its response, lawyers from the American Civil Liberties Union and the ACLU of Virginia, who are representing Grimm, tore the board’s argument to shreds.

“The Board has utterly failed to demonstrate that it will suffer irreparable harm if G. — and only G. — is allowed to use the boys’ restroom at Gloucester High School while this Court considers the Board’s forthcoming petition for certiorari,” the lawyers’ response reads. “The narrow, limited preliminary injunction will not inflict any of the purported irreparable injuries the Board claims it will suffer.

“[The injunction] does not force the Board to develop ‘new policies’ for students in ‘kindergarten through twelfth grade,’ it does not apply to locker rooms, showers or other situations in which students may be ‘in a state of full or complete undress,’ and it certainly does not “extend[] to every school district in the Fourth Circuit’ or ‘the entire Nation.’ No irreparable harm will occur if G. is allowed to use the boys’ restroom while this Court considers whether to grant certiorari.

“That is enough to deny the current application,” Grimm’s lawyers continued. “Attempting to compensate for that deficiency, the Board asserts that the Fourth Circuit’s decision will have far-reaching consequences in future cases for the Gloucester County School District and other school districts nationwide. On this application for an emergency stay, however, purported harms resulting from how precedent applies in future cases are beside the point. … An application for an emergency stay…is not a mechanism for obtaining the equivalent of a declaratory judgment to enjoin future legal disputes that could develop as a result of the precedential force of the lower court’s decision.”

As the Supreme Court justice that oversees the 4th U.S. Circuit Court of Appeals, which refused to issue a stay, Chief Justice Roberts could choose to act alone or refer the case to the full court. If he chose the latter option, he would need to find five votes in order to halt Doumar’s injunction.