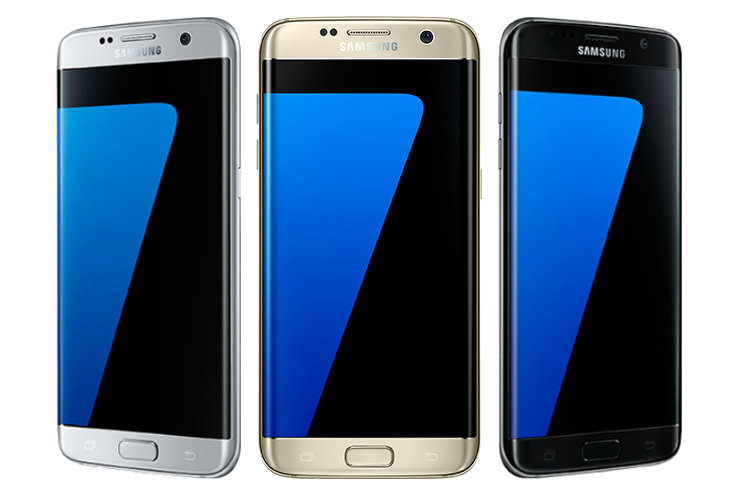 The Samsung Galaxy S7 Edge is a boring smartphone. Even with its curved glass screen, high-quality materials, beautiful display, waterproofing and expandable storage, the Edge is also a victim of one of the iPhone’s most prominent traits: it is do dependably good that it is entirely dull.

Before Samsung loyalists (or Apple fanboys) start battering down the doors to the Metro Weekly offices, let me explain. The Edge represents the pinnacle of Samsung’s mobile efforts. It is a product so refined, so considered, that it eclipses everything the company has released thus far. Its metal-and-glass body is premium, free from harsh edges, wonderfully ergonomic, and eye-catching — particularly in the rich gold shade of my device. The software inside has been excised of much of the bloat that previously filled Samsung’s smartphones. There’s no eye-scrolling here, just thoughtful, accomplished touches, such as an always-on display, split-screen multitasking, Samsung Pay, and more useful Edge widgets that offer quickly swipeable information and app access. The Edge’s camera is also one of the best out there, eschewing the chase for higher megapixels to instead offer excellent low-light capabilities and phenomenally quick launch times.

The Edge succeeds in a way no other Samsung smartphone has before, not least because it’s more dependable than any Samsung device in recent memory. It isn’t something you have to live with, but rather something that slots effortlessly into your day. Worried about battery? Don’t be, it’ll go a whole day, or charge up in minutes should you need some extra juice. Need more storage? The MicroSD card is back, so chuck in as much as you need. Have an important call, but it’s raining? Whip out your phone, the Edge is waterproof for up to 30 minutes in up to five feet of water. It’ll also look as good in a business meeting as it does in a bar — even among other flagship smartphones, the Edge is tough to upstage.

It’s with some irony that in building a device that tries harder than any Samsung before it to standout from the iPhone — which looks almost workaday in comparison — Samsung accidentally created the best non-Apple iPhone yet. Apple devotees love that they can swap to the newest model and know that what they’re getting will just work. It’s not perfect, but for most people, most of the time it’ll do what you need it to. Samsung finally has that. And if its current sales success (the S7 and S7 Edge are outselling the iPhone in the US) is anything to go by, consumers would seem to agree.

Unfortunately, it’s come at the expense of some of the charm of Samsung’s older models. Maybe I’m a sadist, but I miss the razor-thin edges of last year’s S6 Edge+. There, Samsung took its new, premium design language and stretched it out into almost ludicrous proportions. The S6 Edge+ was so thin that its metal edges dug into your hands. Using it was a constant reminder that you had bought a phone that was all about looks over function — the Edge+ wasn’t designed to be usable, it was designed to be beautiful, and it wanted you to know. With the S7 Edge, Samsung softened the edges, plumped up the chassis to add more battery, curved the back to make it work better in hands, and shrunk the screen slightly. The end result is a phone that can be handled all day without issue and still looks plenty good, but that lacks some of the bravado, the arrogance of its older sibling. An inevitable evolution, perhaps.

With the iPhone, Apple created a cultural phenomenon. By taking the best parts of smartphones that were already available, making them more user-friendly, blending in the company’s panache for industrial design, and leveraging the cult following they enjoyed into marketing and sales, Apple single-handedly sparked the revolution that drove the masses from button-covered feature phones into the screen-dominated smartphones we know and love today.

For everyone else, it was a game of catch-up. Android quickly emerged as the main competitor to Apple’s dominance, with Samsung eventually rising to the surface of a deluge of eager manufacturers. They did so by copying Apple — really, there’s no arguing that fact. Samsung took everything that made the iPhone successful (including, to some extent, its design) and created its Galaxy series, with big screens, powerful hardware and prices that undercut Apple’s offerings. Their methods drew criticism and lawsuits, but also massive success. The Galaxy series is the only smartphone family that can compare to the iPhone in both consumer demand and media excitement.

By the time the Galaxy S5 appeared, though, things had soured. Tired of its plastic phones, consumers looked elsewhere. Sales dropped. Samsung started to worry. They read the reviews and listened to criticisms and a  year later returned with the S6. It ushered in a new era for Samsung’s industrial design, drawing praise for its premium construction and more refined interface, but consumers weren’t quite as eager to jump on board. Samsung had to turn to Apple again, and the company’s tradition of iterative updates, to really nail its new formula.

That’s what the S7 Edge represents. It is a refinement of last year’s S6, in the same way the iPhone 6S refines the 6, and the 5S refined the 5, and so on. Samsung listened to criticism, looked at where the market was heading, and returned with a device that is better in almost every measurable way than the one it replaces. Was it an exciting update? No. We’ve perhaps seen the end of exciting Samsung, where new phones would launch with headline-grabbing features (really, though, did anyone ever use Air View to control their phone without touching the screen?). Instead, given the success of the S7 and S7 Edge, we might be seeing the most Apple-like Samsung yet, one where devices are polished versions of what came before.

By eschewing the design of iPhones and going after the quality of Apple’s devices, Samsung could easily become more dangerous competition to Cupertino. The Galaxy S7 Edge might be so dependably good and so free from quirks that it’s boring, but if that’s the price we have to pay, so be it. Having a phone that does most of what we want most of the time is the greatest gift Apple has given to the smartphone world — and it’s one Samsung can now deliver, too.