Home / News + Politics / Nation / Gay-Straight Alliances: Why they matter, from the students who use them

Gay-Straight Alliances: Why they matter, from the students who use them 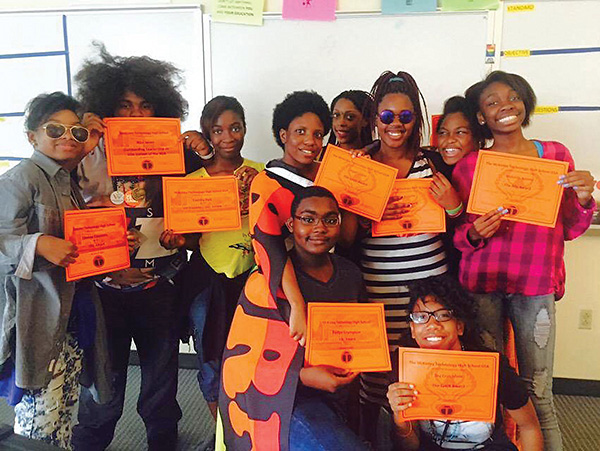 Middle school was rough for Cody Wilson. “Every single day, I’d come to school and I’d be bullied,” he says. “I’d be told to kill myself. I didn’t have anywhere to go. I didn’t have any teachers to turn to. It was just torture. I’d come home every day crying because I felt so alone in life.”

As a transgender student, Wilson was punished by his peers for daring to be his true self. Because of that sustained negativity, when he enrolled as a freshman at West Potomac High School in Fairfax, Va., he had trouble trusting people, finding it difficult to make friends and struggling with social anxiety when it came to interacting with his peers. Although he eventually found a niche of his own in West Potomac’s robust arts program — long a haven for the LGBT community — it wasn’t until Wilson joined his school’s Gay-Straight Alliance in his sophomore year that he finally began to let down his guard.

“A very good friend of mine told me about the GSA. I had never heard of it before. I also talked to my Latin teacher, Mr. [Robert] Rigby, about it, and he was like, ‘Yeah, come. It’s in this room on Thursdays,'” says Wilson, now a 17-year-old college freshman. “When I started going, it was such a welcoming atmosphere, like I could be myself there. It was really a safe space for me. It was a breath of fresh air. I was like, ‘Oh my God, I can relax now. I don’t have to worry about people judging me or thinking harshly about me.'”

Wilson was involved in the West Potomac GSA during both his sophomore and senior years (he skipped junior year to start college early). The club helped him become more self-confident and assured, and he saw similar changes in his fellow GSA members. He even noticed a change in those people he knew were LGBT, but weren’t involved in the GSA. 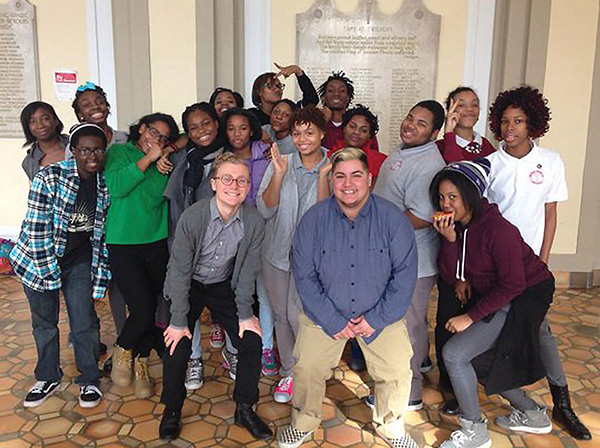 That’s in part due to the willingness of many faculty members to offer their classrooms as safe spaces for LGBT students, which has helped improve the school environment for those who are out. Some teachers, including Rigby, the faculty advisor to West Potomac’s GSA, have gone even further. When a student was kicked out of her home after coming out, Rigby contacted a local organization for LGBT homeless youth to secure a place to live.

“It’s not just in school, making sure that kids aren’t being bullied, but it’s in life. These teachers go above and beyond,” Wilson says. “If they weren’t there, I know people who would be dead right now, honestly, because they were in such low places.”

Wilson’s story is far from unique. Schools that actively foster an LGBT-supportive atmosphere have happier, safer LGBT students. According to a recent survey by Vanderbilt University’s Peabody Research Institute, LGBT or questioning students at schools with GSAs are 52% less likely to hear homophobic remarks from fellow students or teachers. They’re also 36% less likely to fear for their personal safety, and 30% less likely to be victimized because of their sexual orientation or gender identity. 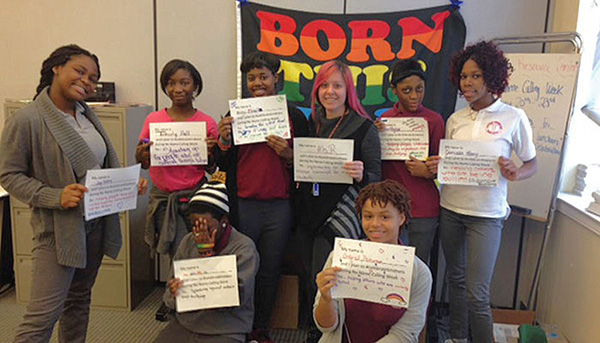 The proven benefits of GSAs are likely to make LGBT advocates take notice, particularly with the release of another study highlighting the risks facing lesbian, gay, and bisexual teens. According to the CDC, LGB students in high schools are nearly twice as likely to be bullied as their heterosexual peers. That alone is shocking, but it’s the effect it can have on the student that makes the data hard to swallow. Not only do LGB students experience higher rates of truancy, they are also more likely to use illicit drugs, and more likely to contemplate or attempt suicide. Of those who have considered ending their lives, almost a third attempted to do so.

GSAs aren’t just a distraction from the harassment an LGBT child can face from peers, they’re a vital part of helping solve the problem — something recognized by the government. Under the Federal Equal Access Act, any school that receives government funding and has at least one other non-curricular club must allow students to form a GSA, and the GSA must be given access to the same resources as other clubs. The issue, then, is not so much whether GSAs exist — at least, nominally — but whether a school can find a faculty member willing to sponsor or serve as an advisor to a GSA. Which can prove to be difficult.

“Every single club has to have an adult sponsor,” says Desiree Sansing, a teacher and sponsor of the GSA at McKinley Technology Education Campus in Northeast D.C. “It’s not gay- or straight-related, it’s just protocol. So if a school does not have an adult to sponsor the club, I’m not sure how they would be able to have a GSA.

“If I were not the GSA sponsor, the students would have to go and find an adult who was willing to be the sponsor,” adds Sansing. “That’s where ‘active’ versus ‘inactive’ comes into play. There are, I’m sure, some GSAs where the students are really excitable and want to get the club going, and they can’t find anyone to be the sponsor, so they just find a teacher who’s willing to say they’re the sponsor, but that teacher may not have the resources they need to be successful.” 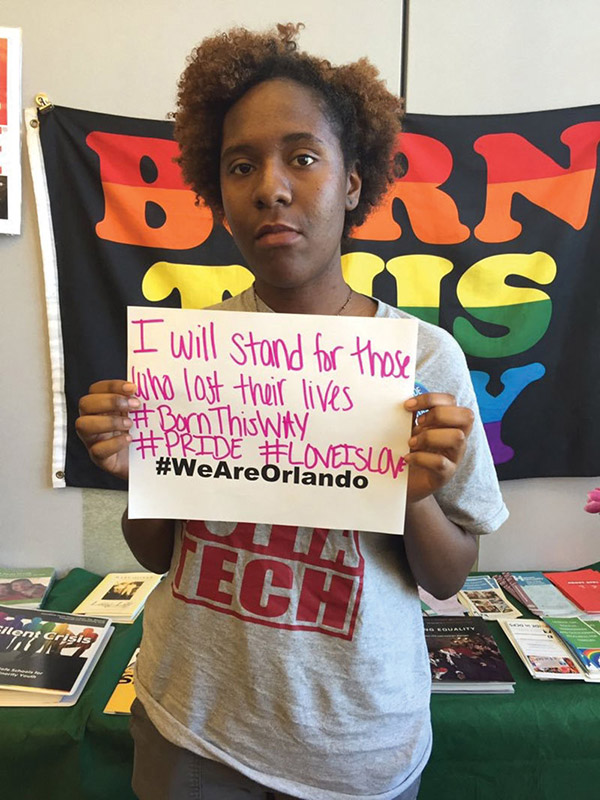 Within D.C. Public Schools, nearly all of the city’s high schools have a GSA chapter, as do ten middle school campuses and seven elementary school campuses. In Virginia, where GSA membership is often restricted to high schoolers, Arlington County, the City of Alexandria, Fairfax County, and Loudoun County have GSA chapters, but some schools do not yet have a confirmed faculty advisor or sponsor.

In order to be successful, Sansing believes a GSA must meet certain criteria: It has to be visible, so that students are aware of its existence; it must have regular meetings, complete with plans for activities or discussions; and it must have an adult who is well-versed enough in LGBT issues to address any that students may bring up. D.C. has worked hard to ensure any GSA established is a success: Each school is given an LGBT liaison, and teachers can seek guidance from the school’s liaison, and can also take a training course in LGBT competency to better help and inform students. It’s system Sansing notes many other school districts do not have.

“Just saying you have a GSA is a whole lot different than being a GSA,” she says. “Being an active GSA that discusses issues like bullying, name-calling, teen suicide, and character development — that’s going to be the key. I think that’s what’s transformed our school’s culture.” 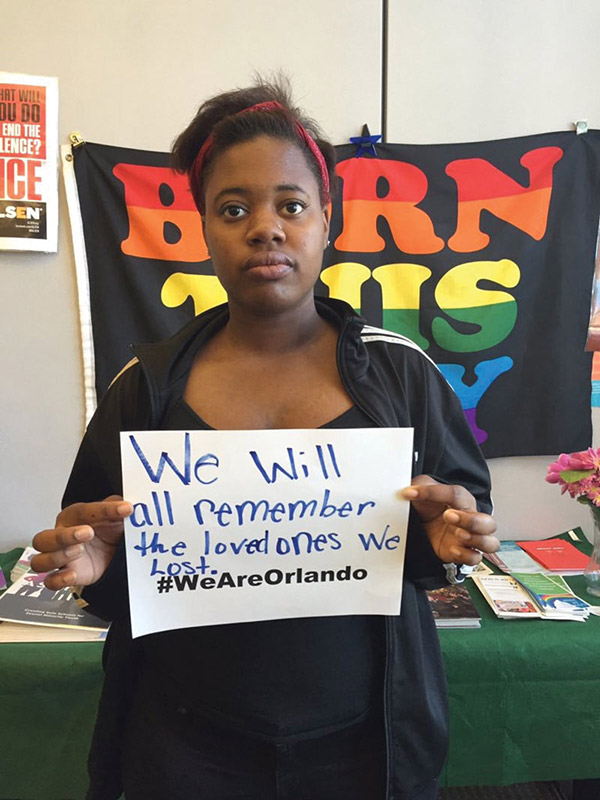 Tina Bradley, the GSA sponsor at Ballou STAY High School, a program for 18- to 24-year-olds who wish to complete their high school degree, says having a GSA on campus has not only reaped benefits for the individual students involved in the club, but has helped change the culture of the school to be more welcoming and accepting of LGBT students. When the GSA co-hosted the school’s annual Hair & Fashion Show event, even straight students who weren’t involved in the club were willing to help with planning and setup for the event.

“GSA, especially this year, was involved in so many things across the school that there were students that you wouldn’t normally think of being supportive of the GSA who were,” she says. “People who might have been vocal against it before have now come around to seeing and welcoming these students as their peers and classmates.”

One of Chaiya Mohanty Ortiz’s two sons is a transgender graduate of Fairfax Public County Schools. There was a notable change in Kayden after he became involved with the GSA at Robinson Secondary School. Unfortunately, he had to struggle through middle school before he was able to take advantage of the support network a GSA can offer. Middle schoolers in Fairfax, even at secondary schools that run through 12th grade, are prohibited from taking part in after-school events like their high school peers, which meant Kayden couldn’t join GSA until he became a freshman. 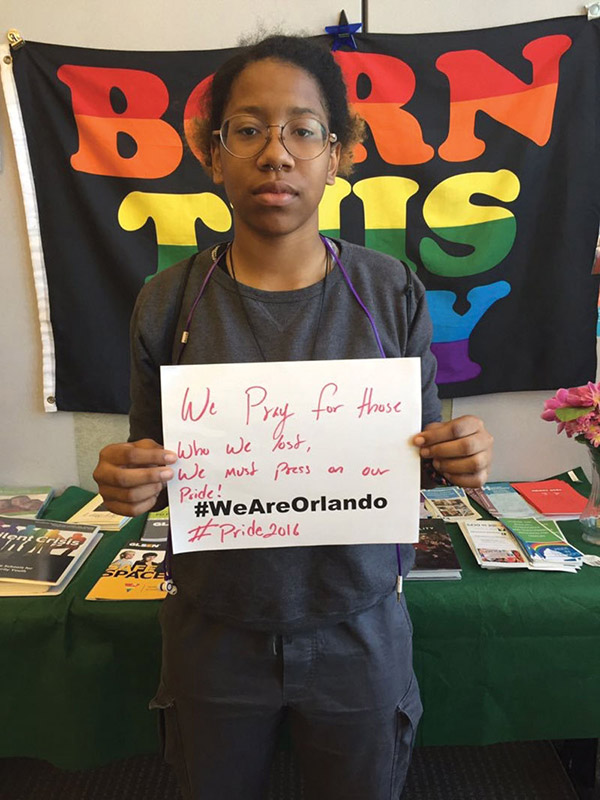 “I know for him, seventh grade was very difficult, and eighth grade as well, as this was the time he was coming out, and he was bullied a lot,” Ortiz says. “Once he was able to become involved with the GSA club, things started turning around. He realized that there was a contingent of allies out there available to him. Also, I think he started becoming more comfortable being out.”

Kayden, now a 19-year-old freshman in college, says the GSA made high school much easier for him and his friends, some of whom had been spiraling downward into depression. After getting involved with the GSA, their self-esteem increased and their grades started to improve. What’s more, the school itself adapted to the new normal of open, accepted LGBT students.

“With the introduction of the safe space stickers that we started giving out, I noticed that the bullying definitely decreased at Robinson,” he says. “People were starting to realize that the thought of bullying a transgender or a lesbian/gay/bisexual individual is an outdated thought process.” 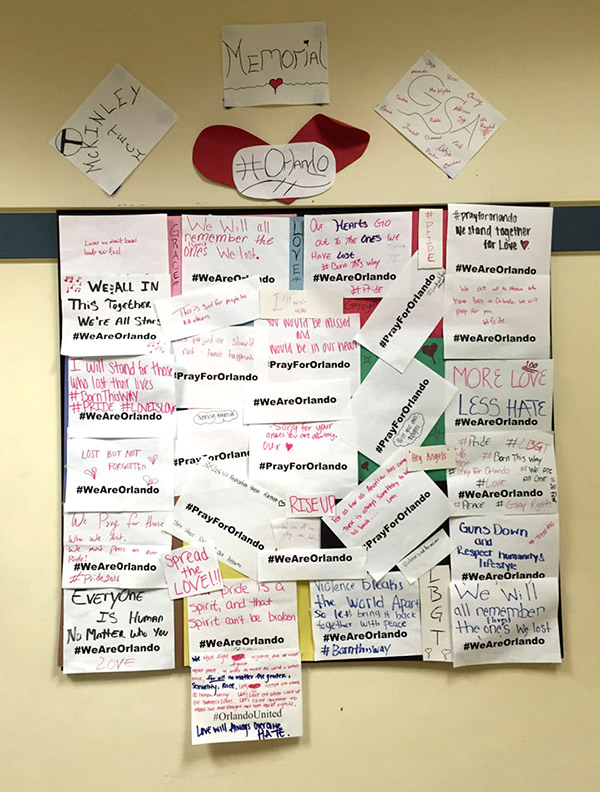 Kayden’s own involvement in the GSA helped make him more confident, and inspired him to become active in the fight for transgender rights.

“It definitely made me want to become more of a leader in the transgender advocacy field,” he says. “I went to many Fairfax County [School] Board meetings. I also spoke at one. I’ve been on the news several times for trans advocacy work, talking about Fairfax County, specifically, and the Gavin Grimm-Gloucester County case. It just made me step up to the plate.”

For Cody Wilson, having a GSA with an active, engaged teacher at the helm made the difference between being out and proud at school and becoming another CDC statistic of violence and bullying.

“These teachers allow kids to feel safe coming to school, and not feel like every day is just torture,” he says. “It’s extremely important to have teachers that make you feel safe and [to] have a GSA. Every week, I know kids who this is the highlight of their week. This is the place where they can have a sigh of relief. They can finally be open about who they are, and who they want to love, and who they identify as. It’s extremely important.” 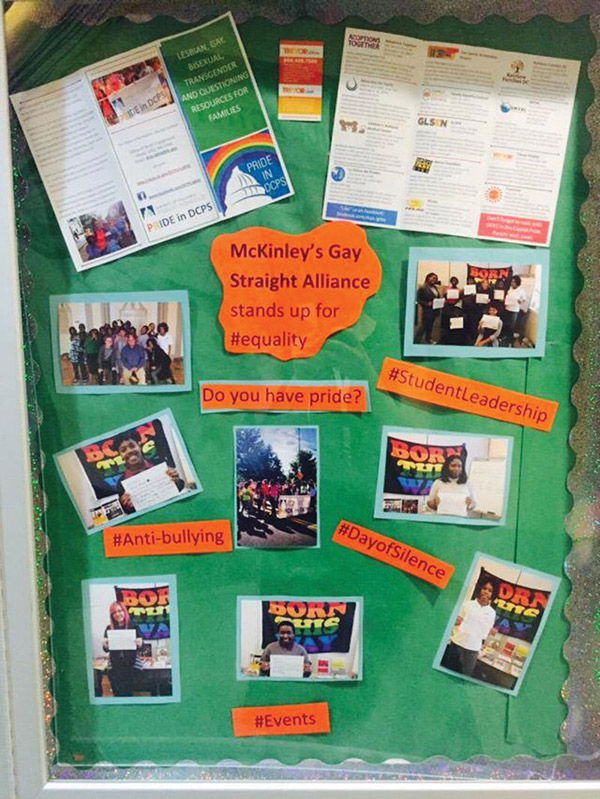 GSA bulletin board — Photo by Desiree-Sansing

have been forced to have sexual intercourse

have cut school because they didn’t feel safe

have felt sad or hopeless

John Riley is the local news reporter for Metro Weekly. He can be reached at jriley@metroweekly.com
← Previous Story Transgender inmate challenging Florida’s law found dead in cell
Next Story → Is a Wyoming judge hoping to be the next Kim Davis?