The Avalanches return with an example of plunder at its best, while MSTRKRFT are stuck in the past 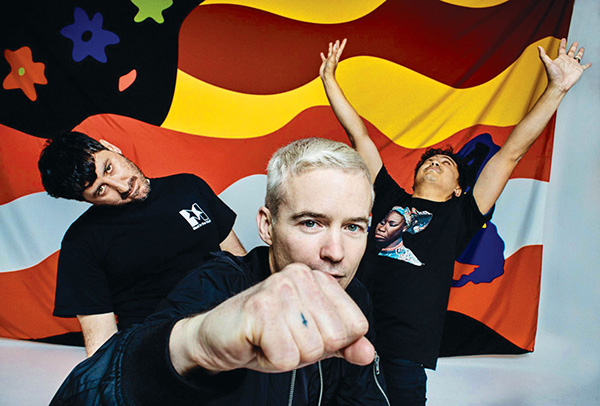 It sounds almost like a joke — a genre built on sampling and rearranging other people’s music. The Avalanches have marked themselves as masters of this style, which goes by the slightly cringe-worthy moniker “plunderphonics,” a catch-all term for the process of creating sound collages with a mix of original and creatively borrowed material. Sixteen years after Since I Left You, their celebrated debut, the Australian group’s second album, Wildflower (

), marks a long-awaited foray back into their distinct brand of electronica, stitching old, mostly-forgotten sounds into something entirely new.

Wildflower is a sprawling, ambitious work — 21 tracks that clock in at just under an hour. With so much material spread over such a lengthy runtime, the album was bound to defy easy categorization. Combining styles as diverse as disco, hip hop, and electronica, Wildflower is an almost unbelievably eclectic mix of elements. Underneath the apparent chaos, the attention to detail might be the most impressive thing about Wildflower. Every beat and vocal sample seems deliberately chosen and placed, and as a result each track feels suitably distinct.

The Avalanches joyfully walk the line between tribute and plunder, bouncing from samples of Six Boys in Trouble to crackly voiceovers to a choral cover of The Beatles’ “Come Together” on “The Noisy Eater.” Their kleptomaniacal approach to creating music results in some truly inspired moments, such as the album’s lead single, the infectious calypso-hip hop mashup “Frankie Sinatra.” At times the almost manic switching between styles and elements is dizzying, but the transitions are handled so flawlessly that they are never overpowering. Grainy vocal samples ground tracks like “Because I’m Me” and the title track “Wildflower” and build on the album’s ever-present sense of warmth and nostalgia. While nostalgia always runs the risk of becoming overly sappy, The Avalanches deliver it here with a wink and a nod, having too much fun with their material to be accused of sentimentalism.

If there is any kind of unifying theme to Wildflower, it might be The Avalanches’ enthusiasm for sampling and incorporating as many styles and influences into their work as possible. Occasionally, this works against the album, which is so crowded with guest appearances that the listener can’t help but wonder if they were really necessary. At its core though, Wildflower more than justifies the loyal following the band has accumulated since their debut in 2000. Above all, Wildflower sounds like a band in its element, gleefully stitching together carefully chosen bits and pieces of other works into a bright, dazzling record that is enjoyable from start to finish, and a sound that is undeniably their own. 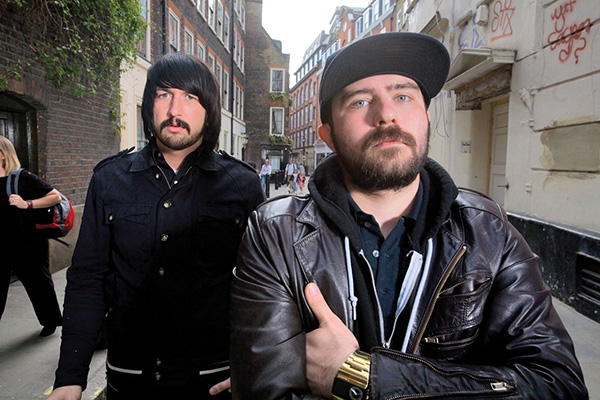 IF YOU WERE ASKED to imagine an amalgamation of electronica, industrial rock, noise and dance punk, something like MSTRKRFT would probably come to mind. Their newest release, OPERATOR (

), continues the duo’s experiment in industrial dance music, with a sound best suited to dingy nightclubs and warehouse raves. The glitchy, discordant rhythms coursing throughout feel like a throwback to the mid-2000s, though this time around the chaotic energy is dialled back slightly. On a casual listen, OPERATOR is oddly captivating at points, coursing between the synthy “Death in the Gulf Stream,” and the heavy, intense beats of “Morning of the Hunt.” The more downtempo track “Playing With Itself” is a welcome break, but at nearly six minutes in length, it starts to drag on. OPERATOR also marks a turn into noise that is most clearly audible on “Go on Without Me,” a harsh and aggressive track that owes much to its guest vocalist Jacob Bannon of Converge. These tracks stand out as markers of what might have been, reminders that MSTRKRFT is capable of more than the basic dance beats that suffuse the rest of the album.

Behind all the raucous energy, it’s hard to know what exactly MSTRKRFT is striving for on OPERATOR. There is a noticeable shift towards a heavier, less electronic sound, but past this novelty, the album does little more than meander from one dance number to another, rarely striving for much more than that. With Jesse F. Keeler also making up half of the dance punk band Death From Above 1979, comparisons are almost inevitable, and perhaps a little unfair. But where DFA has received praise for its intensity and uniqueness, MSTRKRFT seems to have done little more than fall back on the sound that has worked for them in the past.

It’s hard to fault MSTRKRFT for relying on the gritty, industrial aesthetic that they helped to define, but OPERATOR ultimately misses all its marks — too intense for casual listening and too familiar to really stand out from similar works. The album does feature some satisfying moments, but its small handful of high points are not enough to redeem it.

Both Wildflower and OPERATOR are available on iTunes, Amazon and Spotify.

Wildflower by The Avalanches