By John Riley on September 15, 2016 @JohnAndresRiley 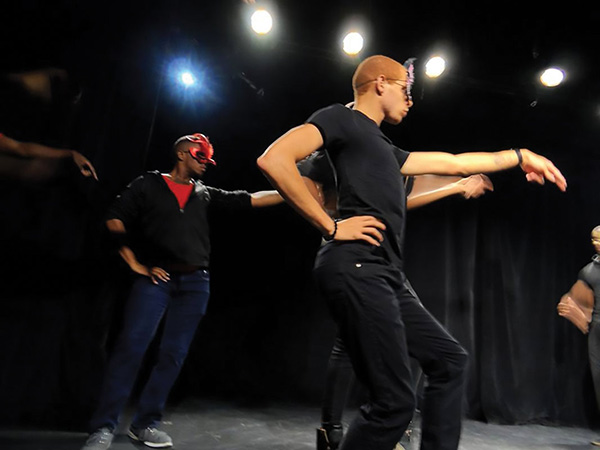 “It’s one thing to have a focus group and talk about crystal meth in the LGBT community, but who’s really going to come to that?” AJ King knew that to get people talking about important issues, he’d need to try something different. So he’s marshaling a group of LGBT youth to put on a performance portraying their collective life stories.

“Breaking Ground” asks participants — mostly black gay men and trans women — to share their personal stories, ranging from struggling with identity to HIV to abusive relationships to substance abuse problems. Each person interviews a fellow program participant, and then attempts to portray that person’s story while examining options for realistic, nonviolent ways of resolving conflict.

King hopes to put on the performance sometime in early November, the hitch being sourcing funding to rent theater space. To raise money, “Breaking Ground” is hosting a fundraiser at Eighteenth Street Lounge on Tuesday, Sept. 27. As part of the event, which features a raffle of donated prize packages or certificates from local businesses and free food, the actors and actresses will perform select scenes. The group has also been asked to perform for the D.C. Mayor’s Office of LGBTQ Affairs and at the annual ManDate conference held in D.C. in October.

Says King, “This is a way to get a lot of people into the room, in an entertaining fashion, that’s going to be a fun experience, while actually getting an important message across and providing [conflict resolution] options for the audience.”

John Riley is the local news reporter for Metro Weekly. He can be reached at jriley@metroweekly.com
← Previous Story Adams Morgan Day returns this Sunday
Next Story → Kings Dominion’s Pride Night returns this weekend