By John Riley on September 9, 2016 @JohnAndresRiley 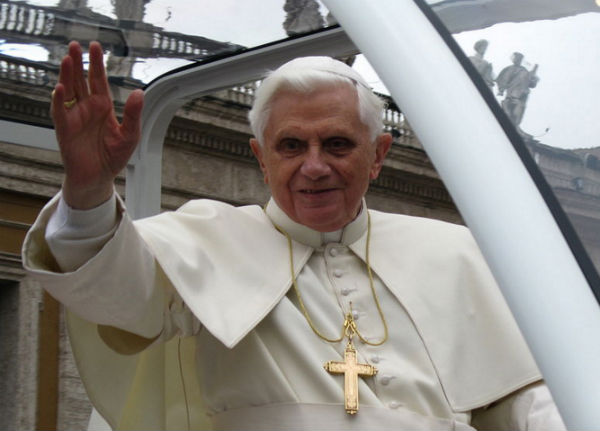 “The commission (of three cardinals)…were able to nail down a small group of four or five people maybe, which we dissolved.”

–Former Pope Benedict XVI, speaking of his success in eliminating a so-called “gay lobby” that existed inside the Vatican.

Benedict, the first pope to retire in 600 years, made the claim in a new book, The Last Conversations, which reflects on his papacy. It is written as a long-running interview with German journalist Peter Seewald.

Benedict cites his efforts to break up this alleged “gay lobby” as a success of his papacy. According to the Associated Press, the group of gay Vatican insiders was mythologized in the Italian media, particularly after excerpts from Benedict’s personal papers were leaked in 2012.

“I don’t know whether something new will form again,” Benedict said when asked if the rumors of the group’s existence were true. “In any case, it’s not like there are things like this all over the place.”

Among other tidbits taken from Benedict’s book, the former pope was initially uncertain of the choice of Pope Francis as his successor, but realized the significance of electing a pope from Latin America. He has been happy with Francis’ papacy.

Benedict, who was a much more doctrinaire social conservative, has often been compared less favorably to Francis over the years for being unyielding on issues related to homosexuality, and for using over-the-top rhetoric when it comes to the LGBT community.

Even though the Catholic Church has not changed its stance on homosexuality or same-sex marriage, Francis has often been credited with adopting a more conciliatory tone, as when he suggested that Christians should apologize to gays and other groups who have been marginalized by the church.

Pope Francis calls on Christians to apologize to gays

John Riley is the local news reporter for Metro Weekly. He can be reached at jriley@metroweekly.com
← Previous Story Chris Pine on gay Star Trek characters: “It’s about f***ing time”
Next Story → Hell’s Kitchen’s fantastic response to Yelp review saying “too many gay people”