Blonde or Blond? Amid all the buzz around the surprise release of Frank Ocean’s second album, the confusion around the title might have been the most bizarre. Observers quickly noted that on Apple Music, the album art displays the title as Blond, while the text of the track listing gives the feminine Blonde. The title might be different depending on where you heard the album. So which one is “correct”? A week after the album’s release, it is now pretty clear that the dual title was intentional. Ocean wanted the two to be used interchangeably. This title, defying convention by existing in two forms, neither one more correct than the other, sets the tone for an album that delves into the fluidity and mutability of sexuality and identity. And for all the questions raised by Blond(e) (

), Ocean gives us no easy answers.

The album’s release was as uncertain as its subject matter. The famously perfectionist Ocean originally announced a July release date for his second album, long rumoured to be titled Boys Don’t Cry. It was then delayed, only to drop unexpectedly on August 20th. The long-anticipated and frequently delayed follow-up to Channel Orange was preceded by the stark, minimalistic visual album Endless, which also dropped unexpectedly the day before Blond(e). Between its sparse visuals and monotonous track listing, Endless is as much of a chore to listen to as it likely was to make.

Compared to Endless, Blond(e) is easy to enjoy. Featuring expert production from Pharrell Williams, Tyler the Creator, and Ocean himself, the album is nearly flawless sonically. Not a single moment is wasted. The 17 tracks flow seamlessly into one another, apart from a few voiceovers that feel more like natural asides, complementing rather than interrupting the album. A handful of higher-energy moments like the manic reprise of “Solo” notwithstanding, there are few surprises on Blond(e). Dialing back from the sonically adventurous Channel Orange, here Ocean plays with a more indulgent and atmospheric tone, building up subdued yet pulsing melodies that add an emotional punch to already heavy subject matter. Listening to Blond(e) in its entirety, the long wait begins to look understandable. This is clearly a masterfully and obsessively constructed album, every track and detail tweaked for the greatest possible emotional payoff.

A sense of ambiguity and contradiction suffuses Blond(e), and questions of identity lie at its heart. Although the album’s subject matter is at times deeply personal, Ocean gives us no easy labels for the things he sings about. What he provides instead is raw human experience, thoughtfully observed and intimately recounted. At times the contradictions are explicit. Towards the end of “Solo,” Ocean repeats the line “in hell, in hell, there’s heaven.” Other contradictions are more subtle, such as his underhanded digs at the use of ghostwriters in hip-hop and what this might mean for his own work. Rarely is the tone upbeat or celebratory. Over the course of 60 minutes, Ocean lays out his ambivalence towards the recording industry, reflects on past relationships including a trip to a gay bar recounted on “Good Guy,” and meditates on the passage of time. The album is profoundly self-indulgent, sometimes frustratingly so. Such a thorough self-exploration might have been infuriating in the hands of a less competent artist. Luckily, Ocean is a skilled enough musician to keep his personal meditations interesting, and Blond(e) rarely suffers too much for them.

To label Blond(e) as queer might be doing a disservice to the intention behind it. After all, Ocean never explicitly labels himself or his music as gay or queer at any point in the album. While he is often ascribed to them, he didn’t adopt those labels in his much-discussed coming out in 2012. All he said was that his first love was a man. We were invited to fill in the blanks — or not — as we wanted. All the same, lyrics identifying love and heartache for both men and women lend Blond(e) a sensibility that can really only be described as “queer,” if only for lack of a better term. As many people who fall under the LGBT umbrella can attest, there can be a great affirming power in being able to fall back on labels like queer to define an identity that runs counter to social norms. But in avoiding affixing a label to his identity, Frank Ocean invites us to consider a different kind of identity, one grounded not in explicit identification, but in implicit understandings of ourselves and others as fragile, sexual, and above all complicated human beings.

In playing with his audience’s expectations and inviting us to defy the very idea of labelling our identities, Frank Ocean may well have given us the queerest album of 2016.

Blond(e) is streaming exclusively on Apple Music and can be purchased in the iTunes store. 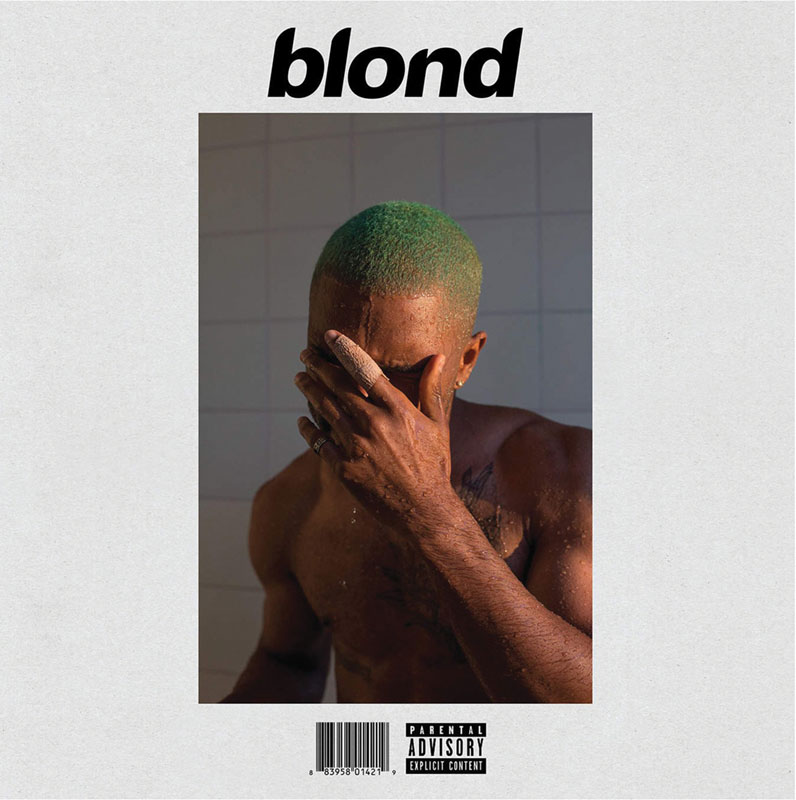