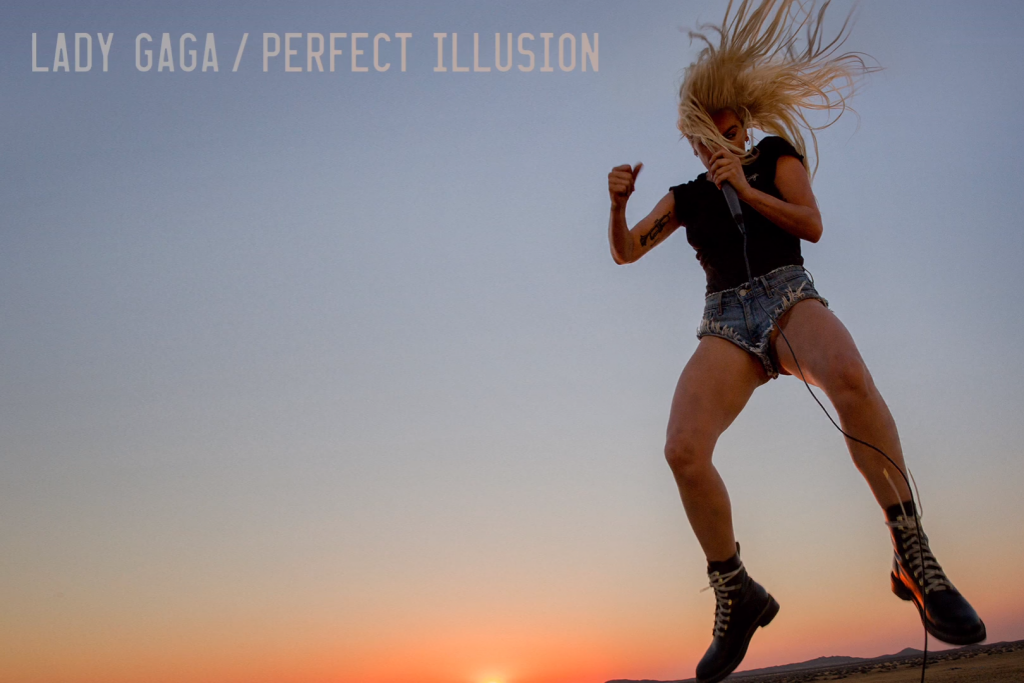 Rejoice, Monsters, as Lady Gaga is back! After three years, a jazz album with Tony Bennett, and an Academy Award nomination, Gaga has returned to her dance-pop roots and released new single “Perfect Illusion.”

Co-written with producing wunderkind Mark Ronson and Tame Impala’s Kevin Parker, Gaga launched the single on Britain’s BBC Radio 1 Friday morning — and revealed that she wrote the song on a typewriter (because of course she did).

“Kevin flew to us from Australia and he came with this idea, that was the beginning of a song called Illusion,” she said. “I work on a typewriter and we would bounce new lyrics back and forth.”

As for those lyrics, Gaga says the song is a commentary on social media and the dangers of trying to present yourself as someone you’re not.

“I believe many of us are wondering why there are so many fake things around us,” she said. “There are also a lot of things on the internet that are not reality. And I think people are pressured to keep that personal illusion going on in their real lives. So this song is about raging against it and letting it go.”

“Perfect Illusion” is the first single from Gaga’s upcoming fifth album, which will try to dispel memories of 2013’s underwhelming Artpop. Though commercially successful, the concept album received mixed reviews from critics.

With hints of disco, a harder edge — reminiscent of “Bad Romance” and “Marry the Night” — soaring vocals, and a pretty great key change, “Perfect Illusion” is undoubtedly an interesting return for Gaga. (Billboard called it a “banger.”)

What are your thoughts? Listen below and let us know in the comments!

Rhuaridh Marr is Metro Weekly's online editor. He can be reached at rmarr@metroweekly.com.
← Previous Story Mary Fahl: Freddie’s Beach Bar has “the best karaoke in the world”
Next Story → Miller Time: Tor Miller brings his sumptuous music to Jammin Java