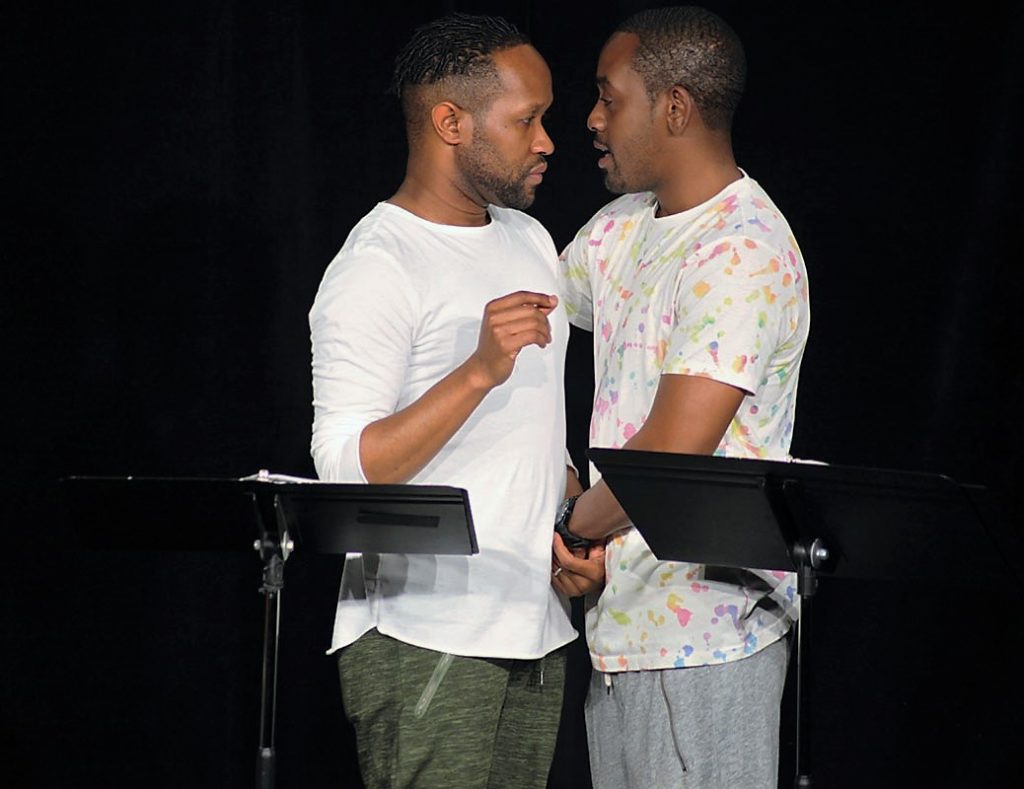 In 1992, during Black Pride, Alan Sharpe presented HeartBeats, an AIDS-themed play focused on the gay black experience. “We got such a huge response to it, it made it very clear that this was an untapped audience desperate to see their images and their stories represented on stage,” he says.

The response helped give Sharpe and his newly formed African-American Collective Theater (ACT) a far more specific focus than originally intended. “There were plenty of people doing the general African-American theater canon, but no one was really focused on black, gay theater,” he says. “I decided that that’s what I wanted to do.”

ACT will kick off its 25th anniversary season with “More Than A Mouthful,” a staged collection of mini-dramas written and directed by Sharpe at the Kennedy Center’s Page-to Stage New Play Festival, an annual event that, over three days, showcases more than 50 area theater companies who offer readings, workshops and previews of upcoming full productions.

Annual participation in Page-to-Stage has been a boon for Sharpe and his community-based company. “We get exposed to a much wider, more diverse audience than we ordinarily would attract,” he says. “At the same time there’s a certain amount of prestige and legitimacy [when] appearing at the Kennedy Center.”

At least seven other companies will present LGBT-themed content over the weekend, including Venus Theatre Company’s Juliana, a staged reading of a novel about LGBT life in 1940s New York, Forum Theatre’s (Re)Acts: #Orlando and the Rainbow Theatre Project and the Law Theater Project, whose Justice Disordered explores gender discrimination and transgender rights in an imagined courtroom battle. Another AIDS-themed play by Sharpe will be given a staged reading as part of a ten year anniversary toast to Monte J. Wolfe’s Brave Soul Collective.

ACT doesn’t usually have the budget to present anything more than staged readings, but Sharpe hopes to present a full production of one of his plays later this season.

“There are about five performers in this year’s show that weren’t even born when we got started,” Sharpe says. “Then there are also performers who were in the very first show 25 years ago. So we run the gamut. It’s become sort of a surrogate family, in a way. It’s very gratifying to have worked with and had continued support from so many people over the last two and a half decades.”

Doug Rule covers the arts, theater, music, food, nightlife and culture as contributing editor for Metro Weekly. Follow him on Twitter @ruleonwriting.
← Previous Story Summer Hummer fundraiser bares all next Monday
Next Story → Theater Reviews: “Come From Away” and “The Last Schwartz”