By Randy Shulman on September 15, 2016 @RandyShulman 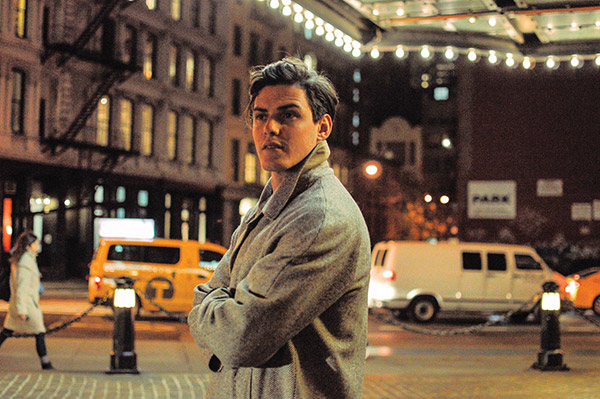 “I always really enjoyed singing as a kid, but it was nothing I was ever thinking about as a career,” says Tor Miller. “It wasn’t until I started taking piano lessons with a teacher who pushed me to start writing. It was something that was inside me but that needed to be coaxed a bit, sort of nourished and built up.”

Smart piano teacher. Tor Miller is a new talent that immediately catches your attention. His magnificent debut album, American English, debuts Sept. 30, and at points it’s a soaring throwback to the sounds of the ’70s, with sumptuous arrangements and instantly addictive melodic hooks. The first single, “Midnight,” which also appeared on Miller’s four-song EP, Headlights, is a glorious example, a nod to Elton John, from his fertile Goodbye Yellow Brick Road period, with a hint of Rufus Wainwright thrown in. To capture the album’s sound, Miller “used a lot of analog instruments from that time period, and recorded to tape. It’s really genuine in its approach.”

Miller, who will appear live at Jammin’ Java on Sunday, Sept. 18, is thrilled the album is finally getting released. It was ready a year ago. He says he’s not sure why it was held up.

“It was initially very frustrating,” he says of the wait imposed by Glassnote Records, “but I preoccupied myself with writing the next record.” The 22-year-old also used the time to build a solid fan base over social media — his Twitter account, @tormillermusic, is filled with short videos of Miller at the family piano, playfully plunking out moments from classic songs he loves. He also toured as much as humanly possible. “I’m doing the U.S. and part of Canada for my third time this year,” he says. The native New Yorker was especially taken with the Northwest. “I am a big fan of Vancouver, San Francisco, Seattle, Portland,” he says. “I just kind of fell in love with that area.” —Randy Shulman

Randy Shulman is Metro Weekly's Publisher and Editor-in-Chief. He can be reached at rshulman@metroweekly.com.
← Previous Story Lady Gaga returns with new single “Perfect Illusion”
Next Story → Back to Basics: KT Tunstall’s “KIN” (review)