Trump says he'll participate in the second debate, even though he believes Cooper won't be fair to him 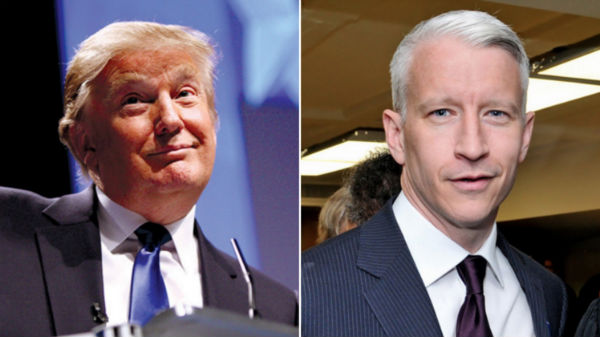 “I don’t think Anderson Cooper should be a moderator… He’ll be very biased, very biased.”

–Republican presidential nominee Donald Trump, speculating that Cooper, one of three presidential debate moderators and the only one who is openly gay, will not be impartial.

Trump made the allegations in an interview with The Washington Post‘s Robert Costa. He said that he would take part in the debate, but is unhappy with the selection of Cooper, who will co-moderate the second debate with ABC’s Martha Raddatz.

But back in March, Trump actually praised Cooper for his stint as moderator during one of the Democratic presidential debates.

The Post‘s Callum Borchers writes that Trump’s comments appear to be an attempt to “work the refs” in the hope of making Cooper change how tough he is on Trump during the debate. Additionally, by putting out the idea that Cooper might be biased, Trump also gives his followers an excuse or justification for his performance should he fare poorly during the debate.

“Clearly the Republican nominee is worried about the political equivalent of a make-up call in sports,” writes Borchers. “He knows many journalists believe [NBC Today host and presidential forum moderator Matt] Lauer blew the call, so to speak, by failing to whistle Trump for claiming falsely that he opposed the invasion of Iraq. And he thinks Cooper and the other debate moderators — Lester Holt, Martha Raddatz and Chris Wallace — will overcompensate by being extra tough.”

This isn’t the first time Trump has objected to a moderator who he believes will try to hold his feet to the fire. Last year, Trump made comments about FOX News host Megyn Kelly after she asked him about past derogatory comments he had made about women, which Trump thought was unfair.