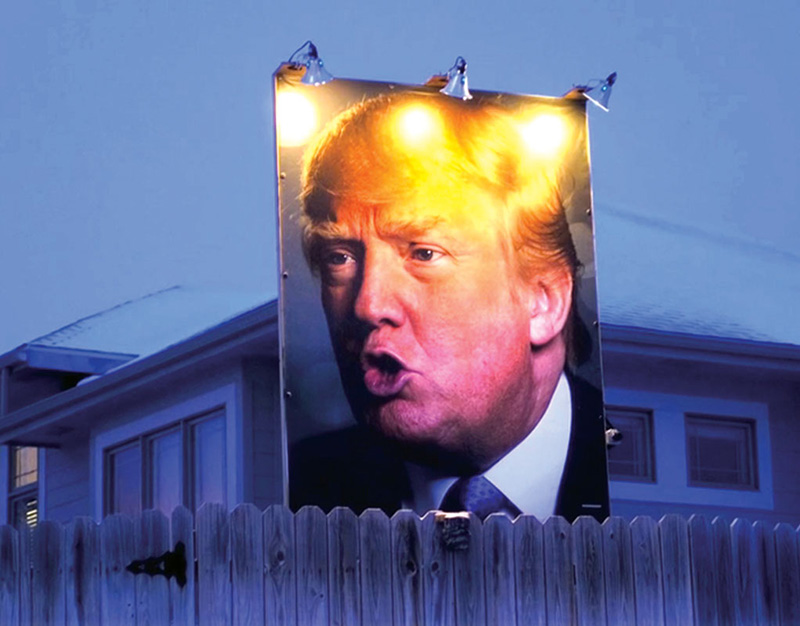 “The media would have done a much better job covering Donald Trump if they understood performance,” says Mike Daisey. “For instance, people couldn’t understand why Donald Trump lies all the time but no one cares. The media ties itself in knots: ‘How can this be?’

“The conclusion becomes the electorate is dumb or ignorant or insane,” he continues. “But none of these things are true. Donald Trump is a performer people are in love with. Part of his performance is that he’s a person who says the thing no one else will say. As a consequence, when people hear him say something crazy, he’s self-immunized against being fact-checked or talked about in the way you would a normal politician, because what people literally think in their heads is, ‘Oh, that Donald Trump. There he is saying that crazy thing again.'”

Daisey, an acclaimed monologist, returns to Woolly Mammoth this weekend for an encore of The Trump Card, performed extemporaneously and always evolving so no two performances are exactly alike. It follows Trump with an almost slavish attention to detail, but he’s careful not to call himself a pundit on the subject of politics — he’s a performer and, as such, that makes him a unique expert on Trump specifically.

“One of the central metaphors of my show is that I talk about how, as another magician, I am qualified to tell you how Trump does his tricks,” says Daisey. “Then I do it and I take him apart one by one.” When it comes to Hillary Clinton, however, Daisey argues that she’s not a performer at all.

“She’s a politician,” he says. “And very few politicians are good performers. She especially looks bad next to Trump. I don’t mean literally on stage with him, I mean in a campaign where Trump is being so performative. Now that’s starting to change because now that his performance has been disrupted, a lot of things that previously worked for him, now don’t. As those things fall apart, Hillary starts to look better.”

If Trump is elected, Daisey fears the damage to our country “would be total. And when I say total, I mean total. I think that having Donald Trump win the presidency is potentially a democracy ending event. It is the most dangerous thing that I’ve actually seen my country flirt with actually doing. 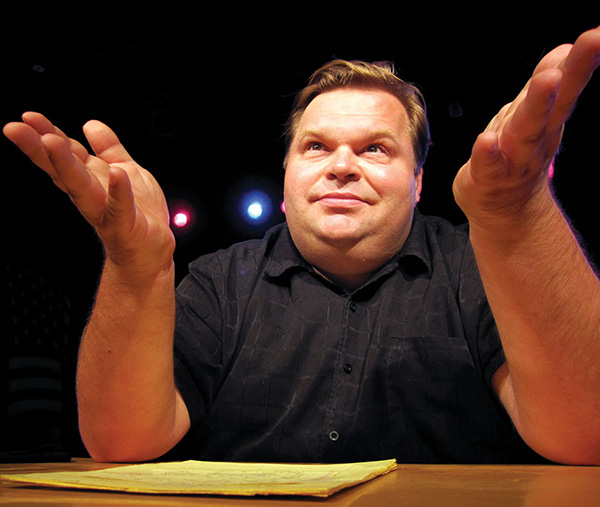 “I would fully expect with a Trump presidency, he would push things as far as he possibly could go. If he had four years to work with, he would be scheming from day one. I don’t think that anything would be off the table. Like all good strong men, he understands how to make the military very strong, and the military support for him is very high. That’s what you do. Make sure the military supports you and make sure there’s a state of emergency, and you just stay president. I know this is America, so we’re not supposed to say these things because it’s so crazy and it can’t happen here. But this man’s lust for power is — I can’t even describe how powerful it is and how much he would do anything to retain power. I don’t see him giving it up willingly.”

Randy Shulman is Metro Weekly's Publisher and Editor-in-Chief. He can be reached at rshulman@metroweekly.com.
← Previous Story Marg Helgenberger on The Little Foxes, CSI, and “vile” Donald Trump
Next Story → Switcheroo: Freaky Friday at Signature Theatre (review)