By John Riley on October 12, 2016 @JohnAndresRiley 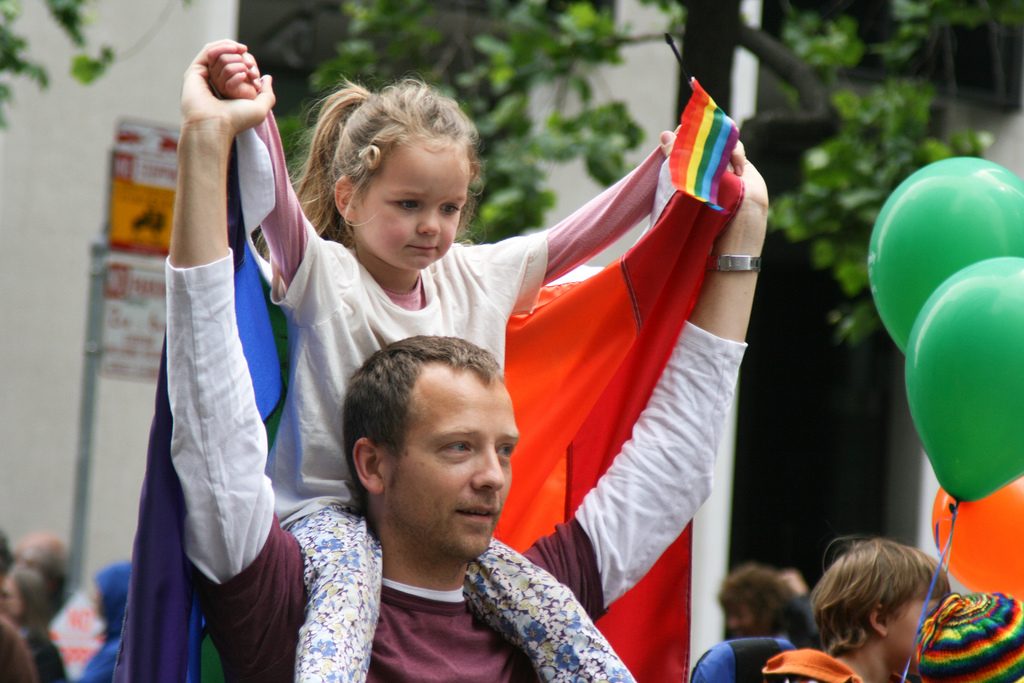 Last week, a New York family court issued a decision guaranteeing married lesbian couples the right to engage in second-parent adoptions in order to officially be recognized as the parents of the children they are raising together. The court’s decision also confirms that children born to married same-sex spouses have two legal parents, regardless of adoption status or genetics.

The decision was in response to a legal memo submitted by Lambda Legal and co-counsel on behalf of four couples, all from Brooklyn, who had conceived using assisted reproductive technology. All four couples planned for and intended to raise their children together, even though only one parent in each couple is biologically related to the children in question. The couples had sought second-parent adoptions in order to ensure extra legal protections for their children, particularly should they move to another state where family law is less clear as it pertains to same-sex couples.

“In the Court’s opinion, the foregoing recital of authority strongly supports promoting the best interests of the subject children by finding that the petitioners have standing to adopt, and the Court so holds,” Judge Richard Ross wrote in the opinion. “The petitioners, who are legal parents of their children in New York State, are recognized only as step-parents in other states. In most countries outside the United States, they are recognized neither as spouses nor as parents but, at most, as intimate partners of their birth mother spouses. Either of those statuses — step-parent or intimate partner — would give the petitioners standing to maintain adoption proceedings in New York. … Given the non-uniform, unsettled state of family law regarding the definition of legal parenthood in the United States and elsewhere, approving the adoptions is required to promote the children’s best interests everywhere they may find themselves.”

The decision follows another New York family court ruling that determined that a lesbian who helped raise a son with her former partner will be able to seek visitation rights and sue for joint legal custody, despite not having been married or undergone second-parent adoption. The court ruled that unmarried, non-adoptive parents in same-sex relationships were entitled to a chance to prove that they should be considered legal parents of the children they planned to raise. The Massachusetts Supreme Judicial Court ruled similarly in an almost identical case involving unmarried same-sex partners parenting children jointly.

Although the U.S. Supreme Court decided in its Obergefell decision that same-sex couples and their children are entitled to the same legal protections that marriage gives to opposite-sex couples, some states, like North Carolina and South Carolina, have resisted recognizing the parent-child bonds between the children and the non-biological parent. As a result, a second-parent adoption provides same-sex couples with an extra layer of security should something happen to the biological parent.

“The Court ruling is very clear that children born to married same-sex couples already have two legal parents,” Susan Sommer, the national director of constitutional litigation at Lambda Legal, said in a statement. “But so long as uncertainty persists in this country and abroad about the status of children conceived by same-sex couples using assisted reproduction, children’s best interests are served through second-parent adoptions confirming what already should be crystal clear everywhere: the legal parental status of the second non-biological parent.

“Children have a right to both of their parents, and taking a ‘belt and suspenders’ approach is the best way to secure that right,” Sommer added. “As this decision confirms, the courts have the authority and responsibility to issue second-parent adoptions for children in these families.”

John Riley is the local news reporter for Metro Weekly. He can be reached at jriley@metroweekly.com
← Previous Story Pat McCrory claims he and his wife have been shunned over HB 2
Next Story → ACLU asks to intervene in locker room lawsuit on behalf of trans student