By Doug Rule on October 20, 2016 @https://twitter.com/ruleonwriting 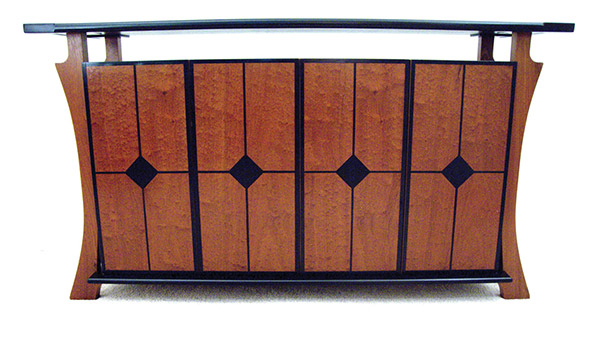 The fine crafts showcase returns to the DC Armory this weekend, this year with an additional focus on studio furniture designers. The American Fine Craft Show features artisans who are among the best in their fields in furniture-making, woodwork, ceramics, glassware, leather and metal goods, painting, jewelry and other wearable and decorative art. Artists come from across the United States and Canada, and many have not previously exhibited in the D.C. area. Friday, Oct. 21, from 4:30 to 8 p.m., Saturday, Oct. 22, from 10 a.m. to 6 p.m., and Sunday, Oct. 23, from 10 a.m. to 4:30 p.m. DC Armory, 2001 East Capitol St. SE. Tickets are $8 for Friday, $15 for Saturday or Sunday, or $16 for a weekend pass. Call 202-271-1171 or visit AmericanFineCraftShowDC.com. 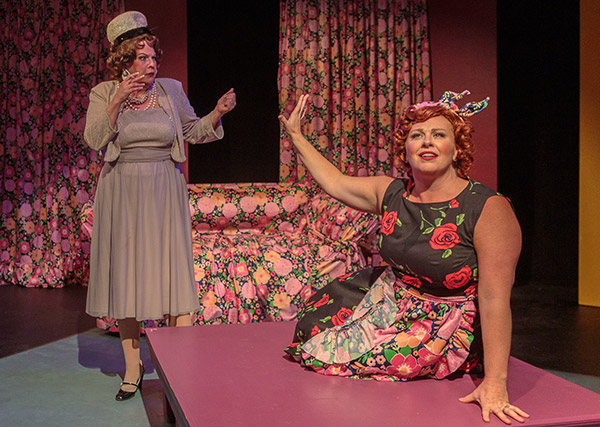 Creative Cauldron, Virginia’s emerging theater company, offers the area premiere of this Off-Broadway campy cult hit. A spoof of everything from Gypsy to Mame to All About Eve, writer Joel Paley and composer Marvin Laird’s comedy follows a beautiful, talented and overly ambitious 8-year-old girl in her quest to play the lead in the school play. Matt Conner directs. To Oct. 30. ArtSpace Falls Church, 410 South Maple Ave. Falls Church. Tickets are $20 to $30. Call 703-436-9948 or visit creativecauldron.org. 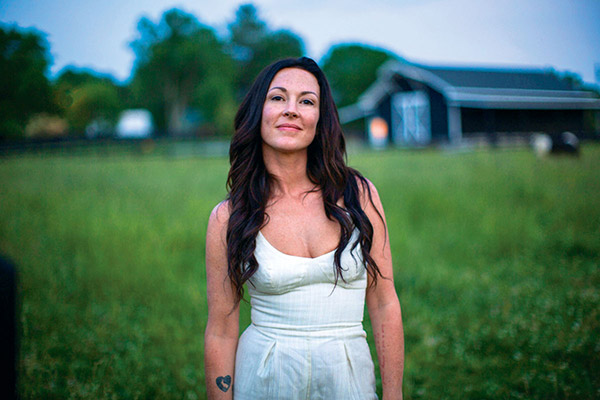 After mastering her craft playing fiddle with the Texas Playboys, Amanda Shires has gone on to tour and record with artists including John Prine, Justin Townes Earle, Ryan Adams, and her husband Jason Isbell. The singer-songwriter offers a solo show in support of the charming solo album My Piece of Land, most of it recorded while Shires was seven months pregnant, unable to tour, and in a reflective mood. Friday, Oct. 21, at 8:30 p.m. Gypsy Sally’s, 3401 K St. NW. Tickets are $16 in advance, or $18 day-of. Call 202-333-7700 or visit gypsysallys.com.

In a co-production with the Dutch National Ballet, America’s oldest ballet company performs Tony- and Olivier-winning choreographer Christopher Wheeldon’s visually imaginative production of Cinderella, complete with puppets and an animated tree by the incomparable Basil Twist. Inspired by Brothers Grimm and Charles Perrault fairy tales, Wheeldon’s ballet is a fairy tale for modern times, focused on an empowered heroine more in charge of her destiny — without a meddling fairy godmother, pumpkin carriage or clock striking midnight. Set to a lesser-known score by Prokofiev as performed by the Kennedy Center Opera House Orchestra, the production features a libretto by Craig Lucas, sets and costumes by Julian Crouch, lighting by Natasha Katz, and projection design by Daniel Brodie. Remaining performances Thursday, Oct. 27, through Sunday, Oct. 30, at 7:30 p.m. and Saturday, Oct. 29, and Sunday, Oct. 30, at 1:30 p.m. Kennedy Center Opera House. Tickets are $29 to $139. Call 202-467-4600 or visit kennedy-center.org.

At the heart of Fox’s popular drama Empire is the force-of-nature Cookie Lyons, vividly realized by D.C. native Henson. In a new memoir, she discusses her journey to Hollywood, including her upbringing by a troubled Vietnam vet father and street-hardened mother as well as her struggles as a single mother and as a black actress in Hollywood — despite holding a Howard University degree. The Smithsonian Associates presents a hometown discussion with the actress led by NPR’s TV critic Eric Deggans at the National Museum of Natural History. Saturday, Oct. 22, at 1 p.m. Baird Auditorium, 10th St. and Constitution Ave. NW. Tickets are $40 to $50, which includes a pre-signed copy of Around The Way Girl. Call 202-633-3030 or visit smithsonianassociates.org.

In 2014 Tony-winning star Laura Benanti (Gypsy, Into The Woods) recalled to Metro Weekly having a slight existential crisis as a kid. “What is this world that I live in? What is this horrible place where people know who Paula Abdul is, and they don’t know who Rosemary Clooney is? It made me feel really lonely and really sad,” Benanti said. On the flipside, it also made her feel like “a 45-year-old gay man in a little girl’s body.” A multiple performer with the Gay Men’s Chorus of Washington, Benanti returns to Wolf Trap for another night of cabaret-style song, dance and humor. Saturday, Oct. 29, at 3 and 8 p.m. The Barns at Wolf Trap, 1635 Trap Road, Vienna. Tickets are $40 to $45. Call 877-WOLFTRAP or visit wolftrap.org. 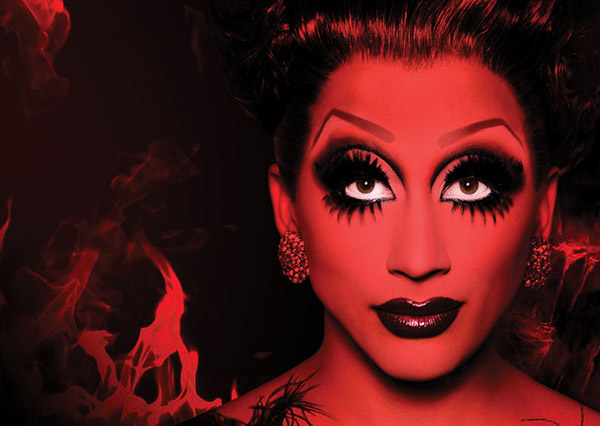 After winning RuPaul’s Drag Race, Bianca Del Rio was all over D.C. in 2014, from headlining Capital Pride to monthly runs of a show offering her special brand of insult comedy at Town Danceboutique. Now the bitch, as they say, is back, with a new comedy special named after her signature phrase, “Not Today, Satan.” Saturday, Oct. 22. Doors at 7 p.m. Lincoln Theatre, 1215 U St. NW. Tickets are $37.50 to $199. Call 202-328-6000 or visit thelincolndc.com.

A month-long celebration of Alfred Hitchcock concludes with two classics from the “Master of Suspense.” The Trouble With Harry (1955) is a rarely screened black comedy about a small Vermont village reacting to the discovery of a dead man on a nearby hillside, and is notable for the screen debut of Shirley MacLaine. It’s a passable film but not one of Hitchcock’s best moments. Psycho (1960), however, is another story. If you’ve never seen it — and even if you have — it remains one of the greatest horror films in the history of cinema, single-handedly reinventing the genre. Anthony Perkins gives the performance of his career as Norman Bates, the meek, neurotic owner of an eerily isolated motel where he lives with his domineering mother. His life is forever changed when Marion Crane (the lovely Janet Leigh) stays for a night. The low-budget, black-and-white film is celebrated for a shower to end all showers — a master class in editing — and for Bernard Herrmann’s magnificent, instantly recognizable all-strings score. With Vera Miles, (a dreadful) John Gavin, Martin Balsam and, in a blink-and-you’ll-miss it cameo, Ted Knight, who a decade later would star as the dumbest anchorman alive on the Mary Tyler Moore Show. Harry screens Thursday, Oct. 27, and Psycho, Monday, Oct. 31, at 7 p.m. at the Angelika Pop-Up at Union Market, 550 Penn St. NE, and at the Angelika Film Center, 2911 District Avenue, in Fairfax. Tickets are $7 to $10 each. Call 800-680-9095 or visit angelikafilmcenter.com. (Randy Shulman) 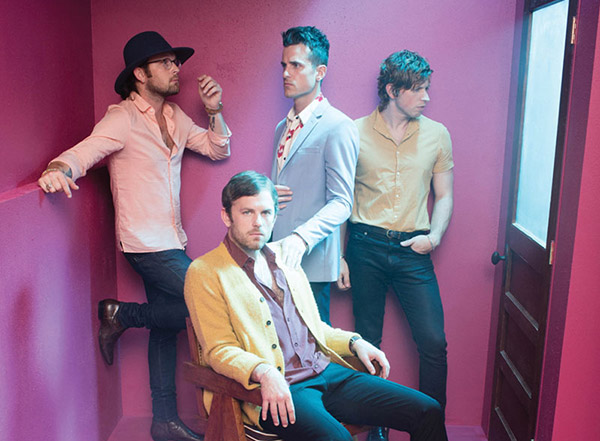 One of the first concerts announced at the soon-to-open MGM National Harbor, Kings of Leon will kick off the first leg of their 2017 tour in the new entertainment complex in Prince George’s County. The tour is in support of just-released seventh album Walls, named after the moving ballad that closes out a “goosebump-inducing” set — as Q Magazine puts it — which just might make a fan out of an unsuspecting listener. Once known for blustery, bluesy, angular Southern rock, Kings of Leon are trending towards post-punk-inspired tunes that are bittersweet, anthemic, and rich in melody and grooves, like a latter-day U2 or an improved Interpol. One listen to fifth track “Over” and you’ll hear what I mean. Tickets on sale Friday, Oct. 21, for Thursday, Jan. 12, concert at the Theater at MGM National Harbor, 7100 Harborview Ave., Oxon Hill, Md. Call 844-346-4664 or visit mgmnationalharbor.com.