By John Riley on October 25, 2016 @JohnAndresRiley 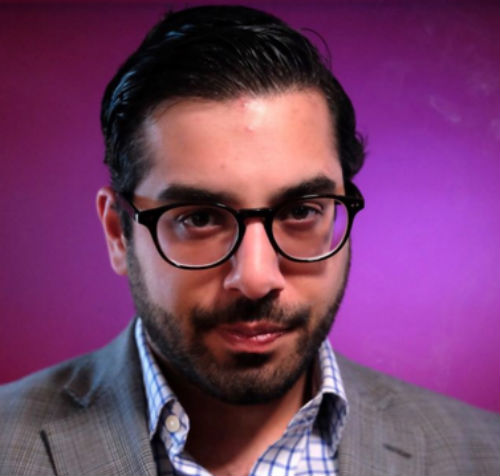 Raheem Kassam, one of eight candidates seeking to lead the right-wing UK Independence Party (UKIP), is being criticized for a series of foul-mouthed tweets where he told various people with whom he disagreed politically to “fuck off,” and, in a few, used anti-transgender language. Kassam, a conservative activist and the editor-in-chief of Breitbart News London, previously serve as chief adviser for acting UKIP leader Nigel Farage, who is known for his own anti-LGBT views.

In November 2015, Kassam tweeted: “Also anyone see that advert after #bbcqt about “gender fluidity”? How much tranny-pushing does the BBC want to do? Radio 4, QT, BBC3, web…”

Also anyone see that advert after #bbcqt about "gender fluidity"? How much tranny-pushing does the BBC want to do? Radio 4, QT, BBC3, web..

He also insulted Paris Lees, an LGBT activist and journalist, when she appeared with UKIP Deputy Leader Paul Nuttall (who incidentally is now one of Kassam’s chief competitors for the leadership party election to be held on Nov. 28, 2016).

Who the fuck is Paris Lees and why is s/he so thick? @paulnuttallukip very restrained not to tell him to get his hands off him! #bbcqt

When President Barack Obama visited the United Kingdom, Kassam tweeted about a transgender Muslim Pakistani girl who was “coming out” as transgender to the president, writing:

When he was called out by a fellow Twitter user for his tweet and use of quotes for the term “transgender,” he responded:

You ain't gonna bully me into using tranny terms, love. Move along. https://t.co/xh9KhRUB5b

When called out for his comments on Twitter, particularly his use of “fuck off” to respond to everyone from global leaders to fellow UKIP members, Kassam insisted he’s “grown up” since tweeting the controversial messages last year and earlier this year. He told the Mirror: “I’ve apologized if I’ve offended anyone and have never sought political office so I’ve acted like my inspirations: Christopher Hitchens, James Delingpole, and Rod Liddle. UKIP members can be assured I’ve grown up very quickly during this campaign and I would not continue using such language.”

Take Our Survey: Who do you support in the upcoming election?

But much like another candidate across the pond seeking a leadership role in his country, Kassam just can’t seem to quit Twitter, offering this observation after the Christian owners of a Belfast bakery lost their appeal of a ruling that they had discriminated against a gay customer who had asked them to bake a cake with a message supporting same-sex marriage.

This government will not address the oppressive niqab but it will force Christian bakers to make cakes.

He also rose in his own defense with a tongue-in-cheek tweet referencing the negative headlines he’s receiving in the mainstream press.