Report, co-authored by anti-LGBT professor, said there was no scientific evidence people are born LGBT 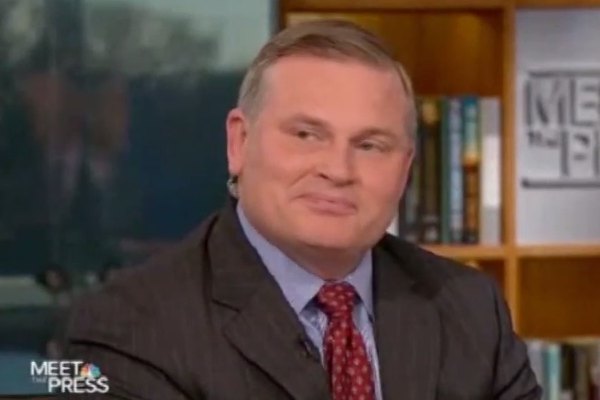 “I am asking you today to please take a look at this groundbreaking new study and then help spread the word far and wide!”

—Brian Brown, co-founder of the National Organization for Marriage (NOM), in a blog post. Brown was celebrating the release of “Sexuality and Gender: Findings from the Biological, Psychological, and Social Sciences,” a report that appeared in conservative-leaning journal The New Atlantis.

The report makes several controversial claims, including that the prevailing belief that LGBT people are born that way is “not supported by science.” It also criticizes parents who embrace the gender identity of a child and allow said child to explore medical options for transitioning, among other purported findings.

It is particularly controversial given one of its authors, Johns Hopkins psychiatry professor Paul McHugh, has a history of homophobic and transphobic comments, including calling transgender women “caricatures of women” and saying homosexuality is an “erroneous desire.”

Naturally, Brown and his cohorts at NOM cheered the report’s findings. He urged the organization’s supporters to “send this message to your friends and family, and make sure that this groundbreaking research gains the wide hearing it deserves,” adding that he expects a “concerted effort by the media to bury its findings.”

“Thank you in advance for your help to promote this research and expose the lies of the media and LGBT activists that contradict not only common sense but also the best scientific knowledge,” he wrote. Brown’s exuberance stands in contrast to an angry blog post earlier this month, in which he called NOM’s supporters “pathetic” after not enough people donated to support the anti-LGBT organization’s anti-marriage equality efforts. He presumably hopes the report’s findings will inspire a new wave of funding for NOM’s battle against equality.

Similarly jumping on the report’s bandwagon was conservative think tank The Heritage Foundation’s Ryan T. Anderson, who used the report to bash the Obama Administration’s federal guidance on the treatment of transgender students.

“This provides more reason for concern over the Obama administration’s recent transgender school policies,” Anderson wrote in a post for The Daily Signal. “Beyond the privacy and safety concerns, there is thus also the potential that such policies will result in prolonged identification as transgender for students who otherwise would have naturally grown out of it.”

Anderson also writes that “the narrative pushed by Lady Gaga and others is not supported by the science” and that the report directly contradicts Supreme Court Justice Anthony Kennedy’s ruling in last year’s landmark same-sex marriage case. Kennedy called sexual orientation “immutable.”

As Right Wing Watch notes, Anderson has a history of bashing same-sex marriage, including instructing people to reject the Supreme Court’s ruling and commissioning studies that could be used to eventually overthrow Obergefell.

Related: National Organization for Marriage: Our supporters are “pathetic”