National Organization for Marriage: Our supporters are “pathetic”

NOM decried the lack of donations from supporters, which has weakened the anti-LGBT organization 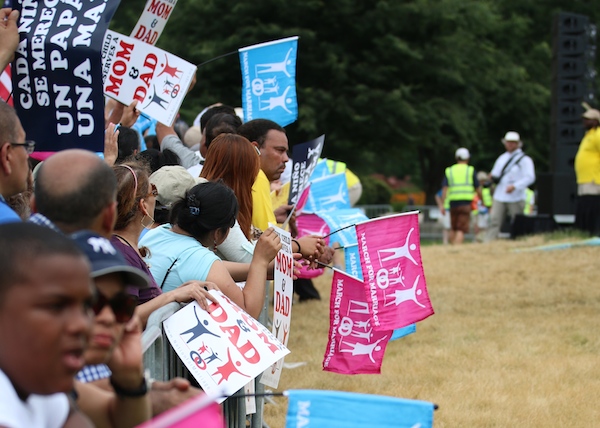 “We’re now three weeks into our drive — the halfway point — and we have only received 256 contributions from our members…. That is pathetic.”

–Brian Brown, president of the National Organization for Marriage (NOM), in an email to supporters. The anti-LGBT group, which opposes marriage equality among other things, has been trying to raise funds to continue their fight against equality, but things aren’t going well.

“We’re now three weeks into our drive — the halfway point — and we have only received 256 contributions from our members. We’re only 17% toward our goal of receiving 1,500 membership contributions of at least $35,” Brown wrote.

He called the lack of donations “pathetic” and vowed to “cut some of the critical programs we have underway” should fundraising not improve. In typical scaremongering fashion, Brown warned that NOM would be unable to protect “supporters of marriage from being targeted by LGBT extremists and their allies in government” unless more donations are received.

Brown then detailed some of the ways NOM are trying to “protect” people, including a federal version of the various “religious freedom” laws that have cropped up in some states.

“I really don’t believe — I just can’t imagine the thought — that NOM’s members have quit fighting for the institution of marriage as a union between man and woman,” Brown said. “And yet, only 256 of you have responded with an urgently needed membership contribution during this critical period.

“If NOM has to scale back, the fight for marriage and religious liberty is seriously weakened.”

Rhuaridh Marr is Metro Weekly's online editor. He can be reached at rmarr@metroweekly.com.
← Previous Story Colton Haynes: My dad killed himself because he found out I was gay
Next Story → Daily Beast apologizes after outing Rio 2016 athletes in “homophobic” article