Amy Adams anchors two new films, one in which she encounters aliens, the other in which her very existence has turned alien

By Randy Shulman on November 17, 2016 @RandyShulman 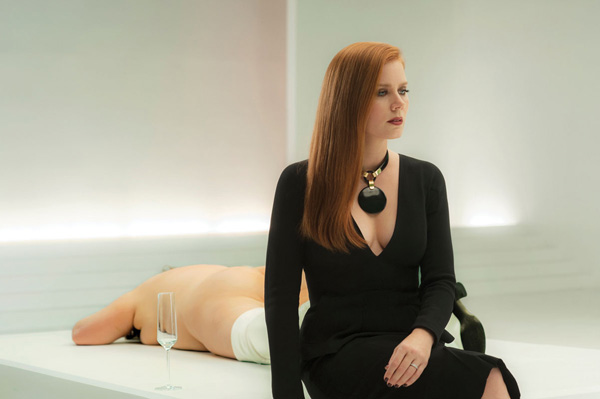 If you ever needed certifiable proof that Amy Adams is a spectacularly gifted actress, all you need do is watch her two very distinct, commanding performances in Nocturnal Animals and Arrival. In both films, she plays vulnerable yet confident, self-driven women, but the nuances offered up are galaxies apart. Each film is not only a wondrous example of Adams’ prowess, but also come from filmmakers who enhance storytelling with visual potency, successfully creating powerful, emotional depth.

) is the more overtly stylish of the two films. Pulp collides with realism and surrealism in Ford’s gripping tale of revenge. It’s a movie that works on a violent and visceral level as well an emotive one. Ford toys with time and space and his narrative lurches between a harsh, tangible present and wistful past, while detouring into an overt, harrowing fiction that feels more real than anything else depicted on screen.

The narrative structure is complex — beautifully so — and Ford pulls it off with jaw-dropping skill and finesse, keeping the story’s themes of revenge, longing and regret front and center. In only his second motion picture, and his first since 2009’s stunning A Single Man, Ford exhibits a flair for detail and narrative drive that often daunts the most accomplished filmmakers.

The movie opens with a jolt — gargantuanly obese, naked women, sporting red and gold shimmering pom poms, enact cheerleading jumps in extreme slow motion. At first it feels like a gratuitous, shameless move, but it rivets our attention from the start, and the reason is made clear within the first few minutes, setting the tone for things to come.

“Do you ever feel like your life has turned into something you never intended?” says celebrated Los Angeles artist Susan Morrow (Adams) to her bewildered assistant. Indeed, Susan’s life is edging into shambles — her marriage to the handsome Hutton (Armie Hammer) is beyond strained and she’s put blinders up to his philandering, even when confronted with audible evidence. Her world is further shaken by the arrival of a novel called “Nocturnal Animals,” written by her first husband Edward Sheffield (Jake Gyllenhaal), a man she abandoned two decades before and has had no contact with since.

As she reads, we are thrust into the novel’s increasingly disturbing scenario, set in Texas and involving a confrontation between its protagonist Tony Hastings (Gyllenhaal again) and a trio of rednecks lead by an intensely malevolent, disturbed young man (a gripping Aaron Taylor-Johnson). Tony’s inability to protect his wife and daughter from these miscreants, who slowly, insidiously terrorize them on a deserted Texas highway is the starting point for things far worse to come, mostly at the hands of a local law enforcement officer played with shuddery, dark resolve by Michael Shannon.

How Susan’s present and past intertwine with the action in the novel is what elevates Ford’s film to masterful. The director creates three distinct tones, shifting between them so fluidly we don’t have time to acclimate. We just ride along, breathless for the next moment. Sure, we know pretty much where things are heading — but Ford is shrewd enough to throw in a curveball or two leading to a moment of clarity at the film’s climax that perfectly crystallizes everything that came before.

Ford is served well by his talent as a designer, bringing luster and dread to every shot. Expect an Oscar nomination for both Ford and his movie. 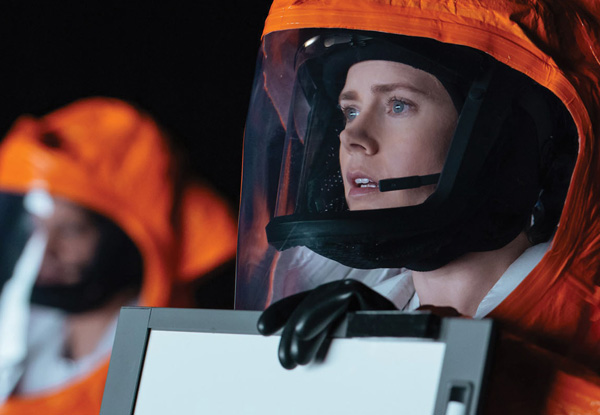 Expect one as well for Adams. But not for Nocturnal Animals. Rather, she’ll be heralded for her work as a linguist called in to decipher a jaw-droppingly complex alien language in Arrival (

), a deeply felt movie that uses science fiction to explore the emotional context of humanity. How she solves the puzzle is as astonishing as what she learns of the visitors — and herself.

Directed by Denis Villeneuve, Arrival is one of those movies that seems simple on the surface, but quickly deepens into something more. It’s so powerful by the end, as its mystery is revealed, that it rattles and permeates you on almost every possible level. Despite its modest trappings — yet another sci-fi film about first contact — it’s an intimate film that evokes a stark, often nerve-jangling realism.

Arrival approaches its topics with such alacrity and resonance that you’d have to be a rock not to be profoundly moved by it. A lot of this has to do with Adams, who blankets her performance with pure, genuine feeling. She’s so good, she pretty much blows you out of your seat.

Adams is well-matched with Jeremy Renner, who plays a theoretical physicist aiding her government-controlled efforts to determine the intent behind a visiting alien species. The aliens have, without warning, planted a dozen mammoth, monolith-like vessels around the globe (a huge visual nod to Kubrick’s 2001) and in doing so have stoked the fires of global mistrust, miscommunication, and the media’s habit of inciting panic. The movie is, in some ways, about what happens when the spigots of alliance are turned off — when communication and cooperation grinds to a halt. It’s an allegory for our recent times in more ways than you can imagine.

And yet at the heart of Arrival lies a human tragedy so powerful and resonant that it elevates the film to a different level, one that you can’t possible see coming and one that pays off in ways that make you feel it, intensely and unapologetically. Arrival should be required viewing of every living person on the planet.

Nocturnal Animals opens Friday, November 18, at the Landmark E Street Cinema. Arrival is currently playing at the Landmark Bethesda and Atlantic Plumbing Theatres as well as additional venues around the region. Visit landmarktheatres.com or fandango.com.