Review: Call of Duty: Infinite Warfare is a bloated mess

Modern Warfare Remastered blows it out of the water 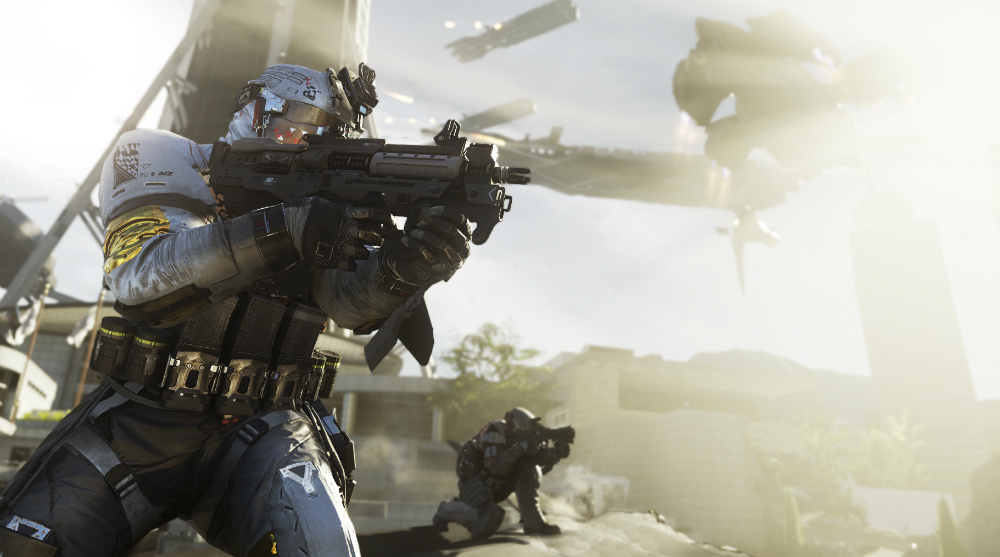 While some sequels benefit from adding more, Call of Duty: Infinite Warfare (

) undoubtedly needs less. A lot less. The thirteenth installment in Activision’s profit-padding franchise, Infinite Warfare is unfortunately an entirely perfunctory release, a game that crams as many things in as possible but still somehow feels empty.

Perhaps it’s just awkward timing, coming alongside stripped-back Battlefield 1 and tightly focused Titanfall 2. Infinite Warfare continues the futuristic, sci-fi setting of the franchise, but it’s a place that Call of Duty has never felt particularly comfortable in. Gone are the days where guns and grenades ruled the roost, instead we have space battles, arc weapons, rocket boosters and a general sense that the higher-ups at Infinity Ward are just checking boxes from other first person shooter franchises. Right now, Infinite Warfare is less Call of Duty than it is Titanfall meets Red Faction meets Halo meets Mass Effect meets popcorn blockbuster.

All of the set pieces are here — and they look more beautiful than ever, with a level of polish and sheen not found in many other shooters. The game’s opening scene throws you onto Europa, one of Jupiter’s moons, and seeing the gas giant stretched across the sky is certainly a nice change from another partially destroyed, besieged city on Earth. The only reason you’ll notice, though, is because the core action just isn’t as compelling as it once used to be. Call of Duty has never been the most plot-driven game, but even here, with the Settlement Defense Front trying to take over the Solar System from the governments of Earth, eyes will roll to an almost dangerous degree. There’s five hours of gameplay in the main campaign, but it’s a sterile, clinical affair. You’ll care not one jot about Shouty McAngry and Hero Heroeson, or whatever the main characters names are. That Infinity Ward tried to craft an emotional tearjerker of an ending is laughable, if only because they’ve done so little to earn it.

Perhaps, then, it’s in multiplayer that Infinite Warfare can redeem itself. Well, perhaps not. If you’re one of the (many) millions of people who picked up last year’s franchise entry Black Ops 3, you’ve played it all before. The class system has been overhauled, to offer better variations in play style, there’s a new, persistent perk system called “Traits,” and there’s a number of futuristic weapons and throwables. The multiplayer is as solid as ever — with a couple of friends you can happily lose hours to it — but there’s little here to warrant spending $60. Just fire up Black Ops 3. Oh, and Zombies mode returns, this time set in an ’80s style theme park. It’s supposed to be more accessible to new players, but you’ll already know if you’ll make use of it or not — personally, I find it too haphazard to warrant much time, a criticism I can levy at Black Ops 3 as well.

), an updated release of the game that pushed the Call of Duty franchise into blockbuster status. The 2007 title is one of the best first-person shooters of all time, pulling the franchise out of World War II and into the modern era, offering tighter gameplay, phenomenal multiplayer, and a level of polish unmatched at the time. 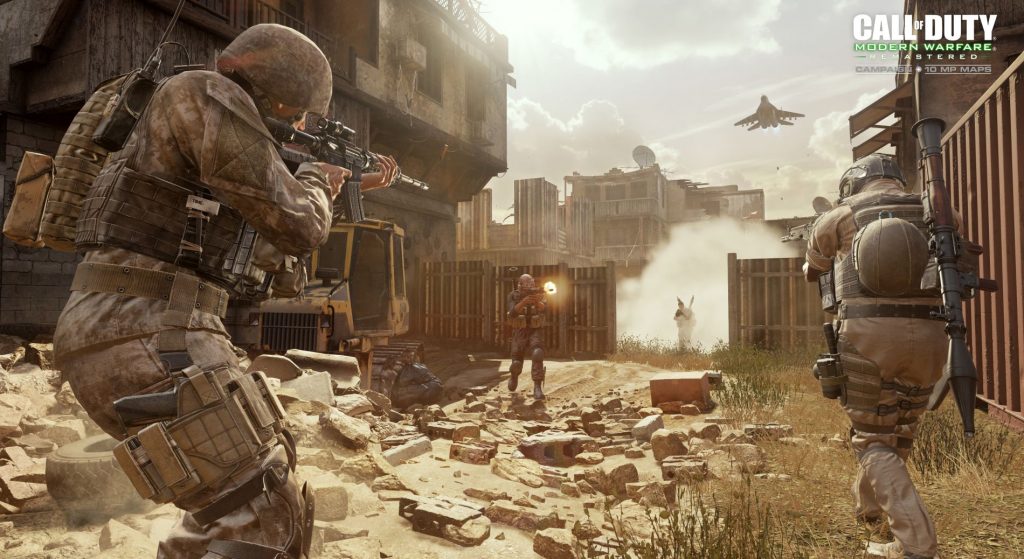 It’s somewhat incredible that, after nine years, little of that excellence has waned. Sure, it’s a little slower and clunkier than the twitchy, fast-paced Call of Dutys we’ve become accustomed to, but it holds up remarkably well. It helps that Raven Software didn’t just add higher quality textures and call it a day. Instead, they reworked the game from the ground up with better weather effects, lighting, character design, and a bump in resolution.

Even the story — a commentary on geopolitics and the implications of a new Middle Eastern conflict — largely holds up. Level design, though heavily more corridor-based than later games, still feels inventive and cleverly designed. And then there’s multiplayer.

Sinking back into Modern Warfare‘s multiplayer is like sliding on a pair of old jeans. It just feels right. There’s no gimmickry, no needless accoutrements, just guns, grenades, and customized loadouts. Of course, there’s been no fiddling with the original system and that means that a number of balancing issues — largely ironed out in later games — return. But as a counterpoint to Infinity Warfare, with its kitchen sink approach to almost every aspect of its being, there’s something entirely refreshing to the clunky simplicity of Modern Warfare Remastered.

Given Infinity Warfare is such a cluttered, bloated mess, it seems all the more appropriate that Modern Warfare should return and show it how flawed the franchise has become. It’s just a shame that, for now, you have to buy the former to enjoy the latter.

Rhuaridh Marr is Metro Weekly's online editor. He can be reached at rmarr@metroweekly.com.
← Previous Story PlayStation VR review: Pretty spectacular, but not essential (yet)
Next Story → Review: Dishonored 2 is an essential purchase