First a Coverboy in 2002, JR is making a return visit

By Randy Shulman on November 10, 2016 @RandyShulman 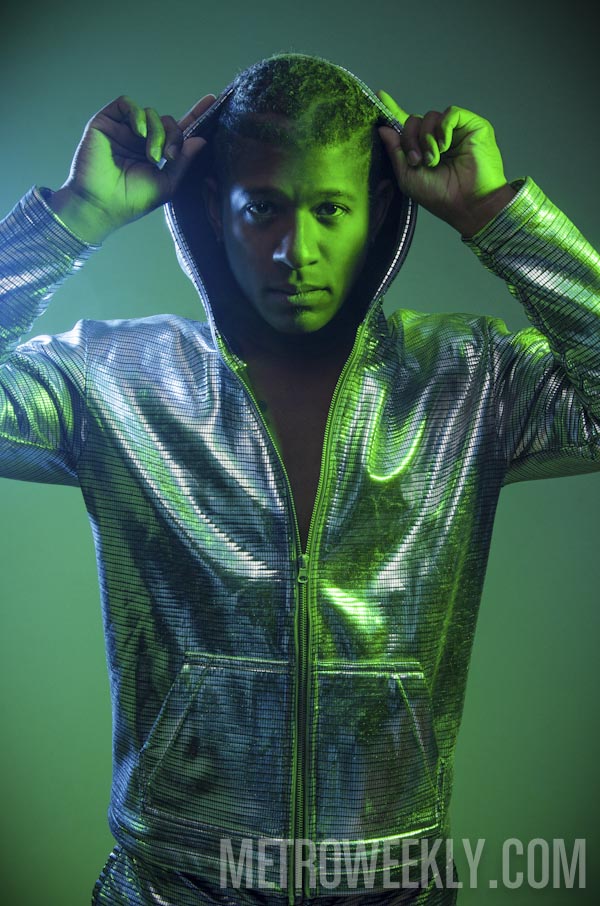 Upon reaching the final coverboy question, JR cocks his head and asks, quizzically, “Is that really the last question?” Confirmation produces a mock frown. “I was so ready for the pitcher-catcher question.”

It’s the second time JR has had to wrestle with Coverboy Confidential — he was originally featured in the section in December, 2002. In the 14 years since, he’s crafted a career in the arts, working for a spell at the D.C. Commission for the Arts and Humanities, and developed his skills in both dance and storytelling, combining the two into his own show for last summer’s annual Fringe festival.

JR is an avid devotee of Star Trek (one of his tattoos has a direct connection to the movie First Contact) and the Nevada desert gathering, Burning Man. “There are a number of LGBT identified camps at Burning Man,” he says. “There is a gayborhood with camps such as Comfort and Joy, Celestial Bodies, Glam Cocks.” He attends annually, considering it his vacation from the real world.

JR retains the youthful vigor of his first coverboy appearance, when he was photographed by Jeff Code. “I try not to stress about things too much,” he says. “Stress ages people more than a lot of things and I’ve generally tried to live a happy life.” He pauses and laughs. “Working in the arts, that’s not always easy.” 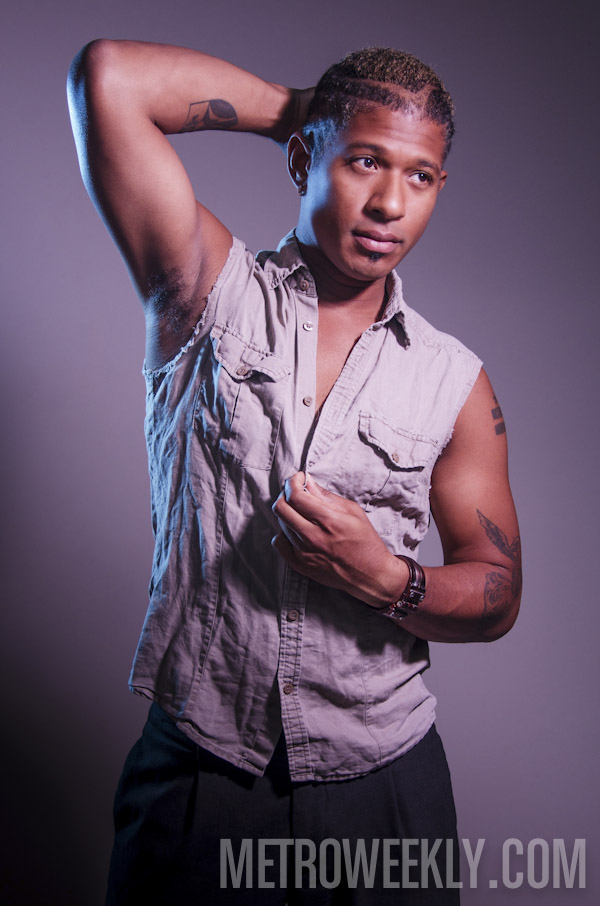 What’s on your nightstand?
The binder I got when I joined the Board of Dance Place, and a Google Cardboard.

Are you kinky?
I am a kinky curious. Certainly open to it — try everything once.

Should more gay men be open to playing with toys?
Sure. I made that investment when I decided not to date seriously, so I think part of that has just been a bit of self care.

I once saw a toy that was 17 inches….
I don’t get that. That’s a triumph of human spirit. You’ve got to work hard for that.

If you could have any superpower, what would it be?
Running real fast, partly because I like The Flash. 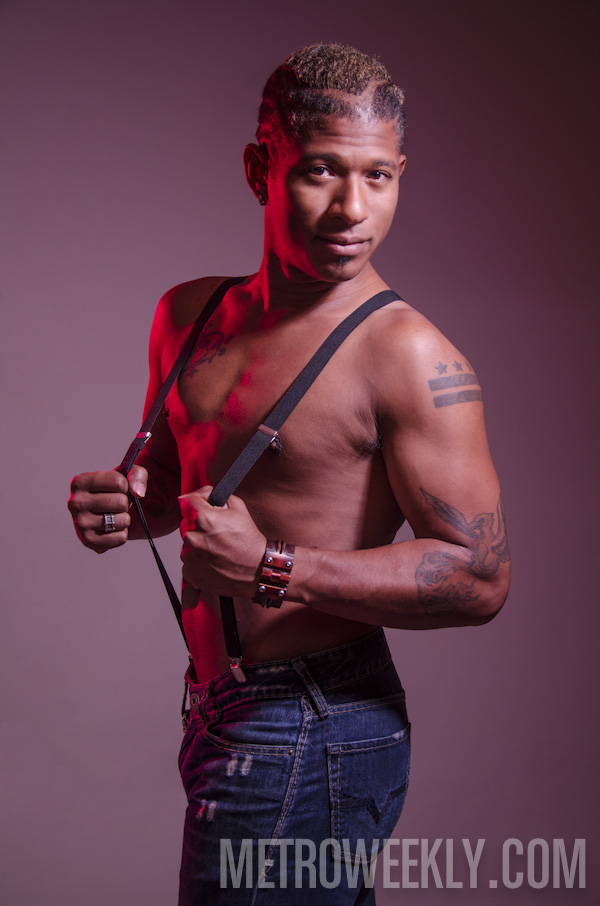 What would you use your power for?
To do technical work for theater shows in less time.

What are your three favorite nightspots?
U Street Music Hall, Flash, and Solly’s — but I’m a little biased on the last one, because I host custom karaoke there every now and then.

What’s your drink of choice?
Cider.

If you could have cider with three people, living or dead, who would you choose?
Janet Jackson, Michelle Obama and Ali Wong, a co-writer for Fresh Off the Boat.

What’s your pet peeve?
People who auto-post to Twitter from their Instagram account. It’s a sign of either laziness or not knowing what you’re doing. Oftentimes, people who do that still tweet anyway. If you’re going to do one or the other, just spend the time to do it well. 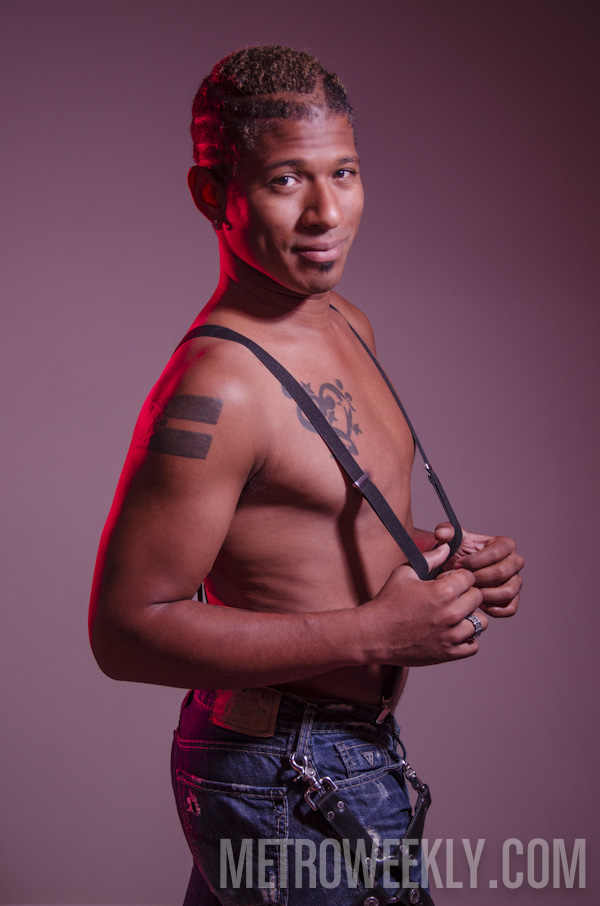 Boxers, briefs, or other?
Briefs.

Grindr, Scruff or in person?
In person. I don’t have much luck with Grindr or Scruff. I don’t even have a Grindr.

What’s your biggest turn on?
Someone who can dance.

Describe your dream guy.
Believes in making the world a better place, does something that they love with life, not necessarily a gym rat but takes care of themselves.

Get JR’s Wraparound Coverboy Mug! 50% Off for a limited time. Click here.

Define good in bed.
Will still cuddle with you after you’re done.

What’s the most unusual place you’ve had sex?
The Shady Grove Metro Station parking lot stairwell. That was a nice one. I was yelling.

Was it night at least?
No. Afternoon-ish. 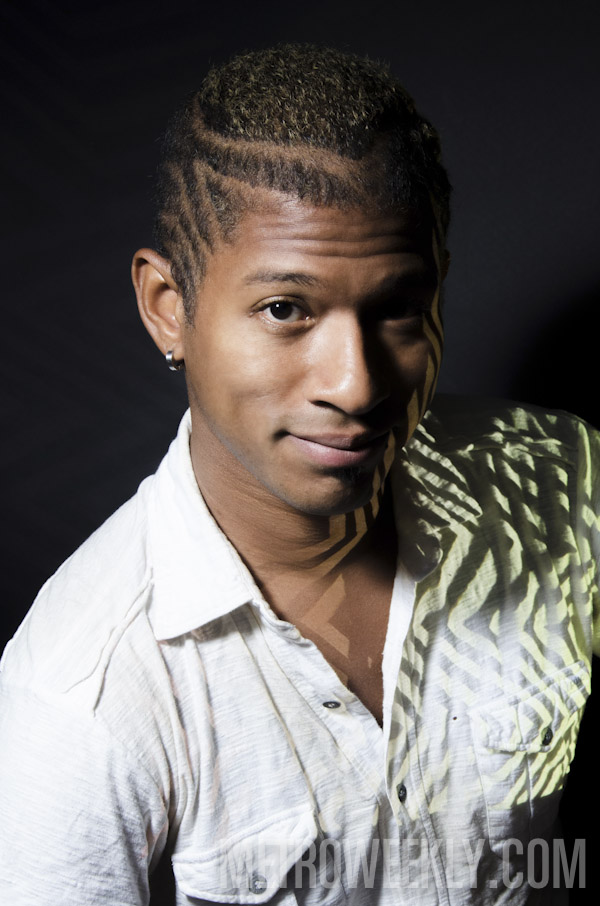 What’s the most romantic thing a guy has ever done for you?
Showed up at a show I was in with flowers.

What’s your favorite make-out music?
I don’t really listen to music. I make my own.

What’s your dream vacation?
Edinburgh for their Fringe Festival. Although I don’t want to deal with the madness of it. It’s too much.

This might be obvious, given your tattoo, but Star Trek or Star Wars?
Star Trek.

Beyonce or Lady Gaga?
Lady Gaga. I’m sorry. Not a Beyonce fan. Not a part of the Beyhive. 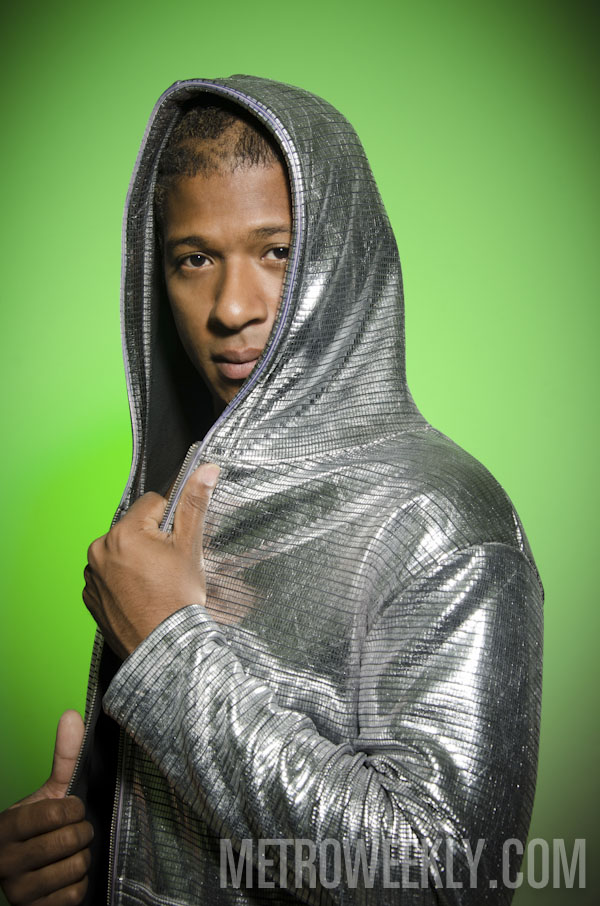 Which of these daddies would you want to get a spanking from, George Clooney or Hugh Jackman?
Hugh Jackman. Wolverine just does something to me.

Claws in or out?
A little out.

What’s your greatest fear?
Being helpless to help people I care about.

What’s your first pet’s name and the street you grew up on?
Chester and G.

Where the heck would you put that?
That’s a great question.

Does size really matter?
I want to say no — but yes. I can’t imagine either really small or really large would be too pleasurable.

What era do you think you belong in?
Being a mixed kid in America specifically, I’m not sure having been any earlier would have been a good time for me.

Is this a good time for you?
I think so, yeah. Maybe 10 years from now would be better.

What do you like best about your life?
Helping communities find their creative potential.

What do you like least about your life?
Worrying about money.

Would you rather live longer or be wealthier?
Live longer. Because experiences are more valuable to me than the things you might have. Although with more money, you can have more experiences and more opportunity.

Who’s your idol?
George Takei. As a gay Asian man, those are two identities I personally didn’t have growing up. Just being visible and being heard is something that I value in terms of how various minority communities are presented and represented in society. He’s done a really good job in terms of making sure he has an audience for the content he shares, both serious and funny.

What inspires you to be better?
My friends. The work they’re doing. The work they want to do. The work that they can’t do for whatever reason. Just how they try to live their life.

What’s your philosophy of life?
To better understand my own way of life but also other people’s.

Is that really the last question?

Why? Do you want more?
I was so ready for the pitcher-catcher question.

We’ve stopped doing that one.
No. Okay.

But we can revive it just for you. What position would you play in the big baseball game of life?
I would actually be the baseball, because I like going between the pitcher and the catcher.

Wow, you really thought that out.
I did. But if I had to pick one, it’d be the pitcher, because sometimes pitchers have to catch too. You’re welcome.

Randy Shulman is Metro Weekly's Publisher and Editor-in-Chief. He can be reached at rshulman@metroweekly.com.
← Previous Story Coverboy: David
Next Story → Coverboy: Brian