By Doug Rule on November 3, 2016 @ruleonwriting 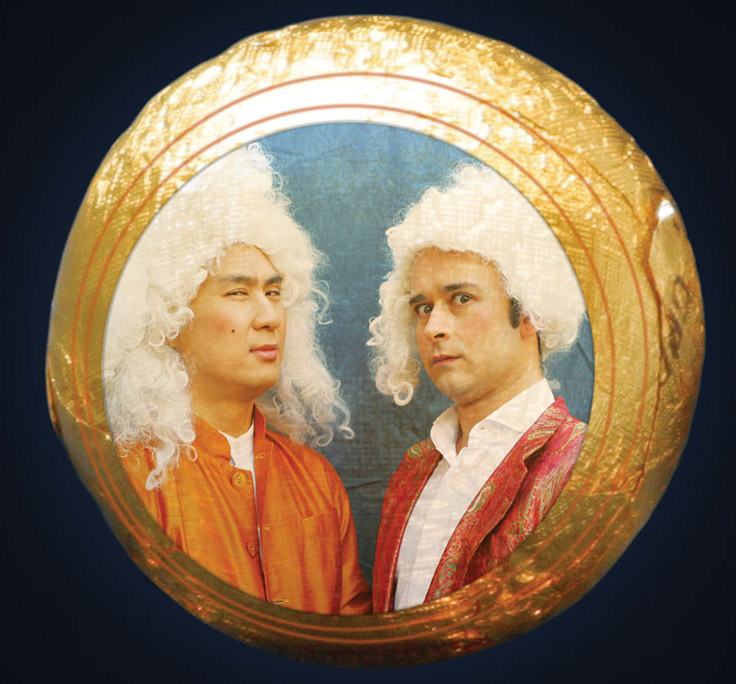 Hyung-ki Joo, a classically-trained pianist, is talking about the recitals he performs with violinist Aleksey Igudesman. As Igudesman & Joo, the pair strive to introduce more people to classical music through humor.

“It might sound ironic, but for us it was never about, ‘Let’s try and be funny,'” Joo says. “We were just so disheartened by the way that classical music took itself so seriously, and…the whole elitist ceremony of how performances go: The audience in penguin suits, not saying anything to anybody, and falling asleep. The whole thing just feels like a funeral, and we just thought, ‘We want to create something that we would want to go to ourselves.'”

The London-based duo shakes up the staid recital tradition by incorporating elements drawn from comedy, from improvisation to slapstick, while performing classical pieces. (See, for example, the duo’s YouTube hit “Rachmaninoff Had Big Hands.”)

But Igudesman & Joo also ventures far afield from classical, performing “a mixture of all kinds of music,” from folk to heavy metal, country to rap, often in unexpected mashups. “For us, all music is legitimate,” he says. “All music is valid. We have fun with all kinds of music.”

And what could be more fun than remaking a disco classic in service of a musical idea? In Igudesman & Joo’s hands, Gloria Gaynor’s “I Will Survive” becomes a Russian Jewish folk song, climaxing with a medley drawn from other compositions in the same harmonic key, from Chopin and Tchaikovsky as well as Roberta Flack and the band Europe. A highlight of the duo’s first show, the remake appears on the newly released You Just Have to Laugh Vol. 1. It’s performed as an encore their latest show, And Now Mozart, which is Mozart-free apart from the encore. Says Joo, “You get basically almost the entire oeuvre of Mozart in the space of five minutes, crammed into a new version of ‘I Will Survive.'”