By John Riley on November 3, 2016 @JohnAndresRiley 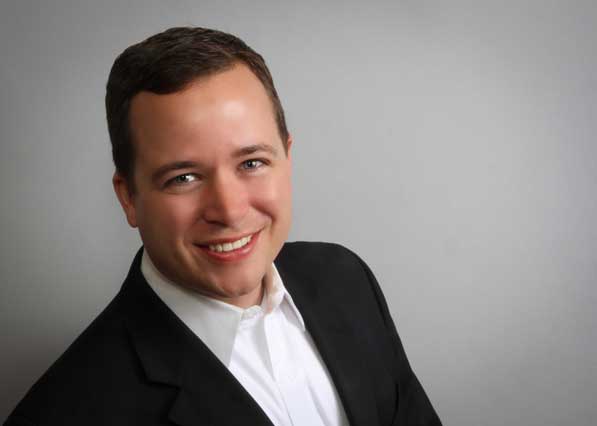 For years, the District was able to boast two openly gay councilmembers — David Catania and Jim Graham. But Graham was defeated in the 2014 Democratic primary and Catania gave up his seat to run for mayor, losing the general election to Muriel Bowser. The vacuum has left Jacobson, the Ward 2 member for the State Board of Education and the board’s current president, as the highest-ranking LGBT elected official in the city.

Jacobson, up for reelection this year, says having an LGBT elected official at any level of government gives the community a voice when crafting policy.

“I believe my sexuality and sexual orientation really was a benefit to the city, in terms of getting new and better health education standards in our schools,” Jacobson says. “That was my signature issue for three years. And I worked on it above and beyond the protests of the former superintendent, who didn’t want us doing that type of work.

“We didn’t have strong standards related to mental and emotional health, to bullying, to suicide and self-harm prevention, healthy relationships,” he continues. “So I worked with advocacy organizations, I worked with my colleagues, I worked with anyone who wanted to make a positive change. And because of the support of the LGBT community, we were able to get those stronger standards passed, and they’re now in place in schools.”

Martin Moulton is the only other openly LGBT person seeking citywide office. Moulton, who previously ran for shadow representative to the House of Representatives in 2014, is setting his sights higher by challenging Eleanor Holmes Norton, the District’s longtime non-voting delegate to the House. He argues that being a member of the Libertarian Party is more of an asset than Holmes, a Democrat. He believes Republicans may see her as a partisan figure.

“I’m as passionate as Ms. Norton and others are about achieving D.C. statehood,” he says. “I think having a Libertarian gives us a better shot at negotiating with both parties to sign onto the current statehood bills that are moving through Congress. As a Libertarian, given our values — fiscally conservative, socially liberal — I can talk Republican and I can talk Democrat.”

At least thirty-three LGBT people in seven wards are running for ANC commissioner this cycle, including 18 incumbents. There are 296 ANC commissioners in total and each represents a single-member district comprised of about 2,000 D.C. residents. They’re often tasked with overseeing local issues such as zoning, parking issues, trash pickup, and liquor licensing.

“If LGBT candidates want to move onto higher office in D.C., they really need to start at the ANC level,” says Jacobson, who got his political start as an ANC commissioner. One new candidate whose name may be familiar is John Guggenmos, co-founder of Town Danceboutique, Number Nine and Trade. Guggenmos, who is running running in Logan Circle’s ANC 2F02, has been interested in politics from an early age, but only recently has decided to give it a go.

“The ANC is the actual grassroots of politics,” he says. “It’s where the average citizen can be heard at a meeting, and hopefully those concerns and feelings can be channeled up into a system where I think largely, most people, including myself, feel you might get lost. It’s exciting to be a part of that.”

Guggenmos marvels at how his neighborhood has changed so significantly from when he first settled in Logan in 1989.

“I’ve seen this neighborhood come up from the time when I’d take a cab from JR.’s on 17th Street if it were late at night, just to come to the circle to go home,” he says. “We used to beg developers to come to the neighborhood. Now, it seems like the heart of Washington, or, at least in my view, the backbone of it.”

Jason Forman, a gay ANC candidate from the Logan neighborhood, is facing off against another gay candidate. Forman was encouraged to run by people from his local homeowners association. If elected, the primary issue he expects to tackle is smart growth, and the idea of encouraging economic development while maintaining the neighborhood’s character.

As for the potential of being one of a select number of openly LGBT elected officials, Forman says it’s not something that he’s focused on, particularly in light of the more pressing neighborhood issues he’d be dealing with as a commissioner.

“It’s always kind of surprising,” he says of the number of out commissioners, “because it always feels like there’s so many LGBTQ people out there in the city. I wish there were more of us running and active. But maybe it’s about encouraging people to run and to take part in their community.”

For information on all the local elections and for where to find your polling place, visit dcboee.org.

John Riley is the local news reporter for Metro Weekly. He can be reached at jriley@metroweekly.com
← Previous Story Whitman-Walker announces first annual Brunch to End HIV
Next Story → Food & Friends’ Slice of Life: Desserts for a Cause