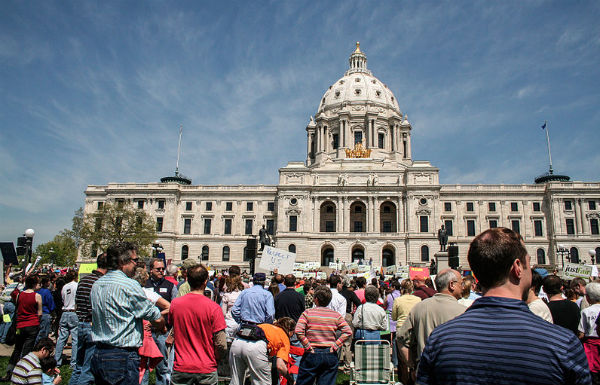 A Minnesota district court judge has found that a decade-long ban prohibiting Medicaid from covering gender confirmation surgery is unconstitutional.

Since 2005, Minnesota’s Medical Assistance program has refused to cover surgical treatments for gender dysphoria, even though equivalent treatments have been covered by Medicare and private insurance plans.

In 2015, the American Civil Liberties Union and the ACLU of Minnesota filed a lawsuit against Emily Johnson-Piper, the commissioner of Minnesota’s Department of Human Services, on behalf of the LGBT organization OutFront Minnesota and Evan Thomas, a transgender resident of Minnesota who was denied coverage for gender confirmation surgery.

In his opinion, Ramsey County District Court Judge William Leary III ruled that the ban on Medicaid coverage for surgical expenses was “void and unenforceable” because it deprives transgender people of equal protection under the law and their right to privacy.

“Minnesota’s fundamental right of privacy is centered, in significant part, on each individual’s authority over his or her body,” Leary wrote. “Implicit in the right to control one’s own body is the right to engage in autonomous decision-making concerning one’s own body, including choosing among medical treatments regarding one’s own health. Laws that burden or impair medical choices violate the fundamental right to privacy.

“The statute bars a category of medical treatments even if medically necessary,” he added. “The statute thus constrains the healthcare decisions of transgender recipients of MA or MinnesotaCare benefits because it covers one medically necessary treatment for gender dysphoria (hormone therapy) and not another (sex-reassignment surgery). Thus, the statute impermissibly impairs transgender people’s autonomous decision-making concerning their own bodies and impairs their medical treatment choices.”

Joshua Block, a senior staff attorney with the ACLU’s LGBT Project, celebrated the decision, saying it would bring “immediate relief” to transgender people in the state who have been denied coverage for medically necessary medical care.

“I’m so happy we’ve won,” Thomas said in a statement. “The judge’s ruling is a forceful statement that transgender people deserve equal treatment under the law. Right now, when we’re suddenly facing a path that’s so much rougher than it looked a few days ago, this victory looks even more important, and I’m proud to have been part of this case.”