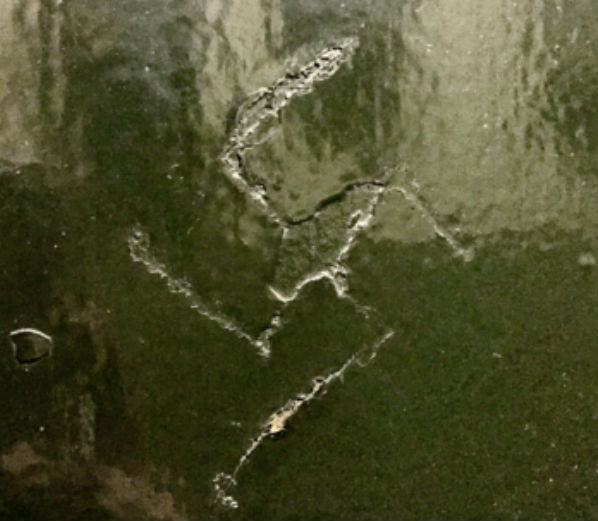 State Sen. Brad Hoylman (D-Manhattan) tweeted a picture of the swastika to his followers with the caption: “Swastika found in my apartment building this evening in Greenwich Village. Anti-Semite named to #Trump White House post. Connect the dots.”

According to New York’s ABC 7, the vandalism was discovered  by a neighbor in the building, who alerted Hoylman and authorities.

Almost immediately, some people tried to accuse Hoylman of perpetrating a hoax or crying wolf.

That led to this exchange:

@owillis Not all of them but I'd like to see some arrests or evidence at some point of who's doing it…. in blue states & cities.

@BradHoylman, millions of New Yorkers stand with you tonight against anti-Semitism. Hate has no place in NYC. #NotInOurCity

Thank you Mr Mayor. @NYPD6Pct & Hate Crimes unit were swiftly on the scene to investigate https://t.co/rqFDqE2vTm

The incident follows several others where LGBT, religious or racial minorities claim they have been attacked or targeted for hate crimes in the wake of the presidential election.

John Riley is the local news reporter for Metro Weekly. He can be reached at jriley@metroweekly.com
← Previous Story VA scuttles plans to cover transition surgery for transgender vets
Next Story → Texas planning two anti-LGBT bills for next year