Home / Features / The 2016 Coverboy of the Year: Brian Wilcox

The 2016 Coverboy of the Year: Brian Wilcox

Brian wins bragging rights, joining the 13 coverboys who came before him, as well as a prize package boasting everything from bar tabs and free nightclub admissions to theater and movie tickets and retail gift certificates.

By Randy Shulman on December 22, 2016 @RandyShulman 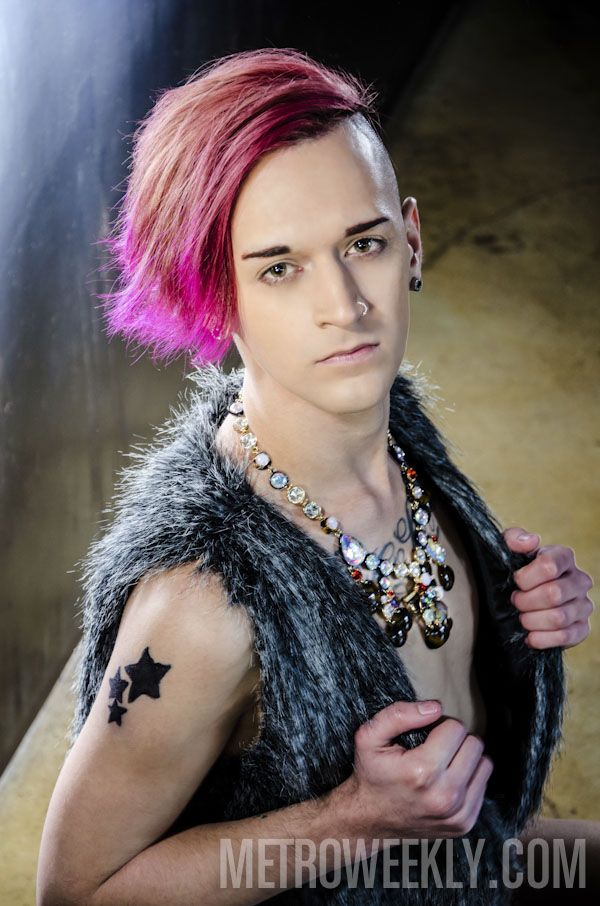 It’s been two years since Metro Weekly crowned a Coverboy of the Year.

After the 2013 Coverboy of the Year, the popular Nightlife feature was put on hiatus. It was not slated to return, but in early 2016, Ed Bailey, the co-owner of gay nightlife triumvirate Town, Trade and Number 9, suggested over lunch that maybe it was time to bring Coverboy back. A few months later, Nightlife Coverboy reemerged in June, part of an overall redesign of the magazine. It was if it had never left.

The initial twelve handsome men who made it through the application process over the next few months were equally engaging, photogenic, gracious. Each was remarkable in his own right and each gave an interview as funny as it was personally revealing. All would be deserving of this issue’s cover. 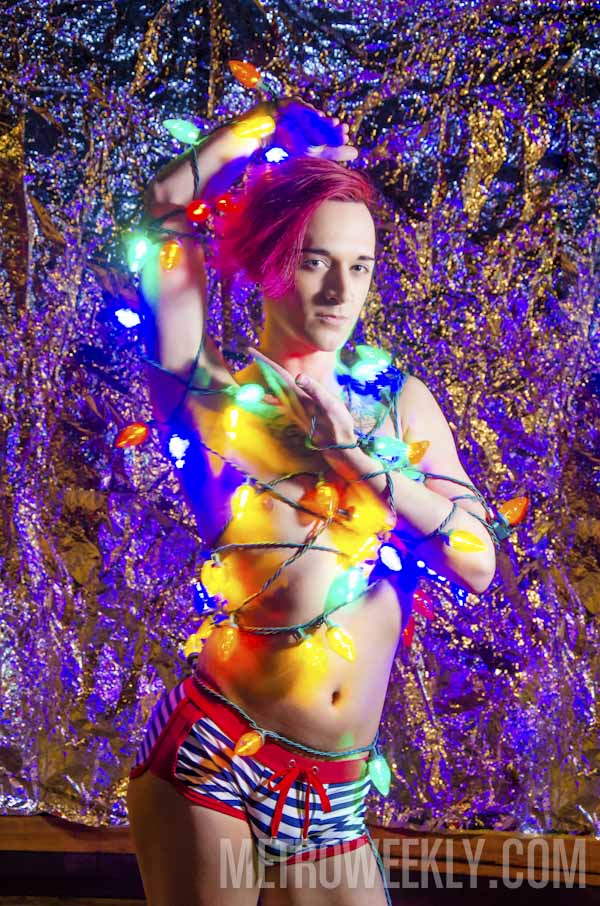 Still, only one can occupy the spot of Coverboy of the Year, and after an intense, two-week online vote, the person that emerged front and center was Brian Wilcox, a 24-year-old native of North Carolina with a penchant for feather and fur shawls, a Southern drawl as thick and sweet as molasses, and a personality as big as the Blue Ridge Mountains. Brian won the popular vote — no pesky electoral college to contend with here — by more than four hundred.

“I was up every day campaigning,” Brian said during a recent phone conversation, still not knowing for sure if he’d won the top spot (he’s finding out now, along with the rest of you). “When I found out, I was like, ‘My hard work definitely did pay off.'” 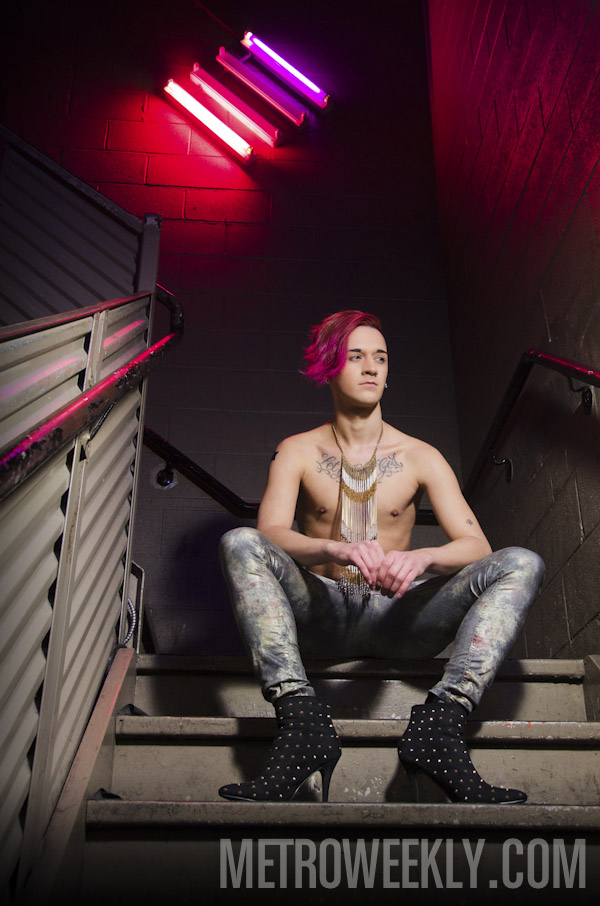 Brian wins bragging rights, joining the 13 coverboys who came before him, as well as a prize package boasting everything from bar tabs and free nightclub admissions to theater and movie tickets and retail gift certificates. For his photo shoot with Julian Vankim, Brian donned an array of outfits that included an oversized necklace of faux gemstones, fur vests, and a pair of black, patterned stilettos he strode around in like an accomplished red-carpet model. 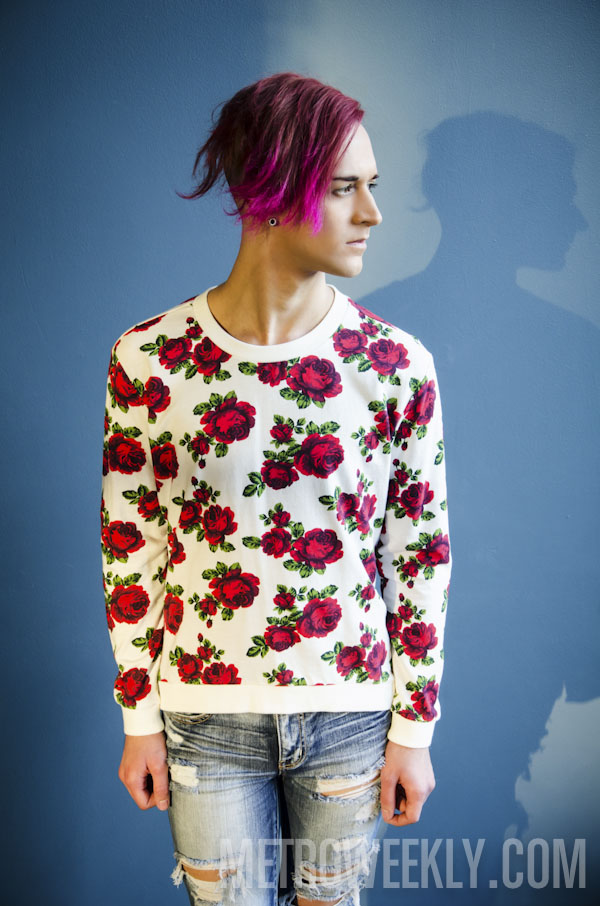 As for his coif? Neon pink.

“I’ve had my hair take a trip down the lane, we’ll just say that,” he laughs. “Whenever I’m in the mood, I go to my little Leprechaun world where there’s this rainbow that leads to this gay little pond. What I do is just shove my head in there. Then whatever color I’m feeling is the color my hair comes out. I’ve had my hair all the way purple before. I’ve had it midnight blue and teal. I’ve had it red. I’ve had it green, yellow. It’s just whatever I’m feeling whenever I go to my little happy place.”

One decidedly unhappy place for Brian was the result of the 2016 election. Still, he takes a pragmatic view of the incoming President.

“The one single message I would give to Donald Trump if I could sit down with him,” says Brian, “is ‘Don’t fuck it up…. Do it right. You won. Kudos to you.’ Am I happy about it? No. But I’ve got to get over it.” 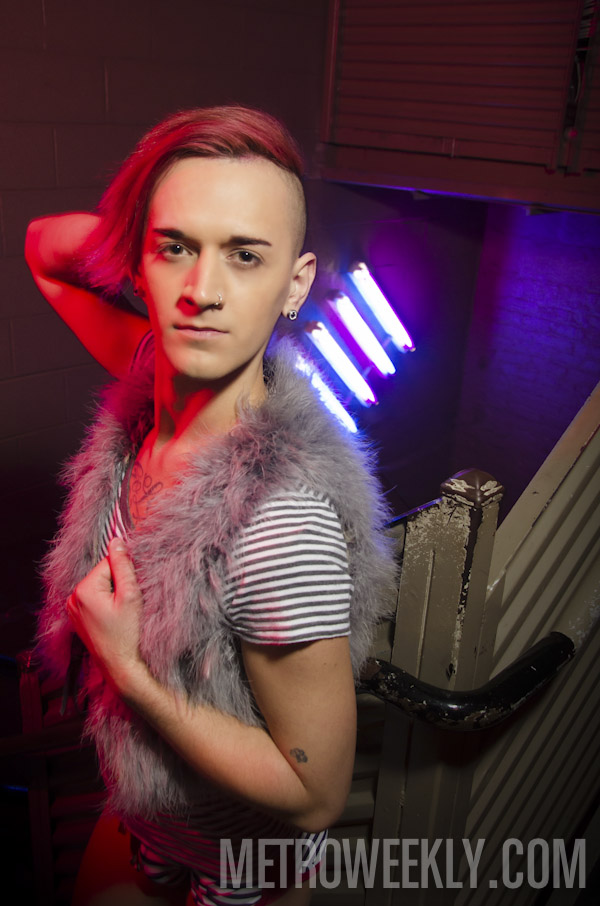 Looking ahead to 2017, Brian says, “The thing that I hope for in the coming year is that…we don’t get stripped of our rights, because it was a long time coming for getting all fifty states on board for legalizing gay marriage. Focus on other matters. We’re human being, for God’s sake. We want to love who we want to love whether it’s the same sex or not. Leave us alone. We already have to deal with ignorant people when we walk down the street. The last thing we need is the government trying to squash us like cockroaches. Leave us alone. Do your own thing. Focus on other matters that actually need your attention.

“The poverty in this country. Focus on that.” 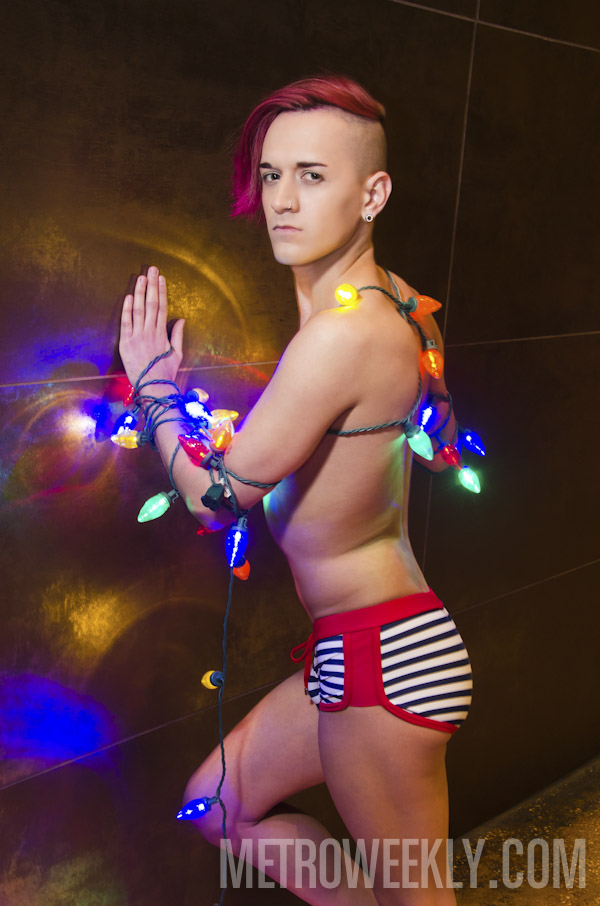 Photographed by Julian Vankim at Town Danceboutique on Saturday, Dec. 10, 2017

Apply to be a Nightlife Coverboy in 2017 at metroweekly.com/coverboyapp.

Randy Shulman is Metro Weekly's Publisher and Editor-in-Chief. He can be reached at rshulman@metroweekly.com.
← Previous Story 2016 Coverboy of the Year First Runner Up: JR Russ
Next Story → The Year in Scene 2016