By John Riley on December 27, 2016 @JohnAndresRiley 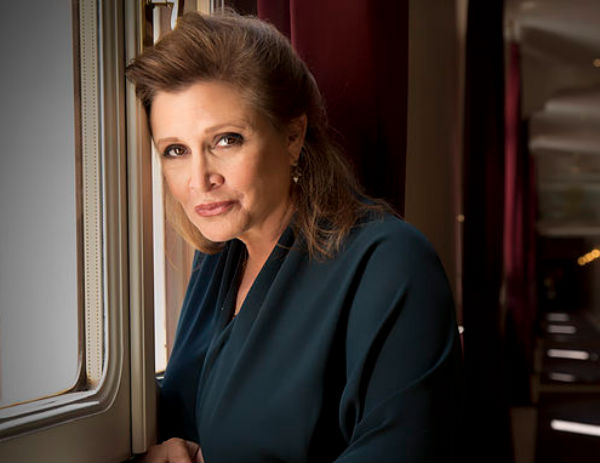 Carrie Fisher, the actress who played the iconic role of Princess Leia Organa in Star Wars, has died after suffering a heart attack. She was 60.

Fisher went into cardiac arrest while flying from London to Los Angeles on Friday night. She was taken to a hospital and treated for the heart attack, but later died.

Simon Halls, a spokesman for the family, released a statement on behalf of Fisher’s daughter, Billie Lourd, confirming her death early Tuesday morning.

Fisher, the daughter of entertainers Debbie Reynolds and Eddie Fisher, made her film debut in the movie Shampoo at age 17, alongside Warren Beatty, Julie Christie, and Goldie Hawn. Beginning at age 19, she starred in the original Star Wars trilogy, taking on the role for which she is best known (and, in some circles, is considered both a feminist and a gay icon).

She would later reprise her role as Princess Leia in Star Wars: The Force Awakens in 2015. She also starred in The Blues Brothers, The Man with One Red Shoe, Hannah and Her Sisters and When Harry Met Sally.

Fisher married musician Paul Simon in 1983, but the two divorced just a year later. She was also involved with talent agent Bryan Lourd, who she never married but often referred to as her second husband. She and Lourd had one daughter, Billie, who has starred in Scream Queens and The Force Awakens. Lourd later came out as bisexual and married Bruce Bozzi, the co-owner of The Palm restaurant, in October 2016.

According to People magazine, Fisher struggled with substance abuse throughout her younger years, including LSD and cocaine. She was diagnosed with bipolar disorder in 1985, and became an advocate for mental health awareness.

Fisher was also a writer, publishing several novels, including Postcards from the Edge, Surrender the Pink, Delusions of Grandma, Wishful Drinking, and The Princess Diarist. Postcards — a semi-autobiographical novel which satirized events like her drug addiction and her complicated relationship with her mother — became a bestseller and was later made into a film starring Meryl Streep. Fisher also did some uncredited script writing for major movies including Lethal Weapon 3, The Wedding Singer and Sister Act.

She is survived by her daughter, her mother, and her beloved French bulldog, Gary.

John Riley is the local news reporter for Metro Weekly. He can be reached at jriley@metroweekly.com
← Previous Story Boycott and economic fallout from HB 2 may continue in North Carolina
Next Story → Richard Hammond says he doesn’t eat ice cream because he’s not gay