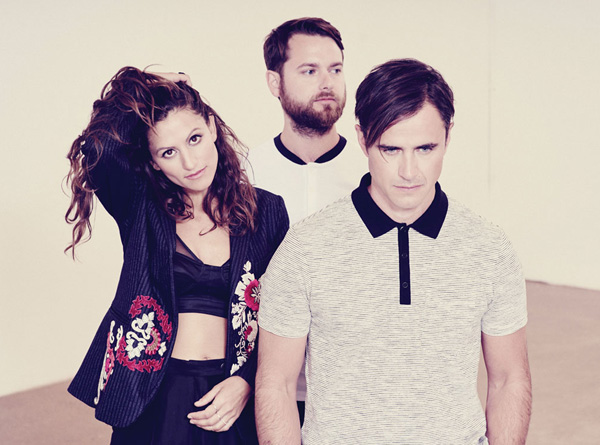 ) was written and produced amid the separation of frontwoman Martina Sorbara and bassist and producer Daniel Kurtz, the duo at the heart of Dragonette. Hints of the emotional upheaval are alluded to in the album’s lyrics, but the band’s tone remains as sunny and upbeat as ever.

Some of the tracks on Royal Blues were definitely worth the wait. “Lonely Heart” is by far the standout of the album and an example of the band at its best. While the lyrics deal unambiguously with heartbreak and loneliness, the song is anything but a downer, with triumphant synths and Sorbara’s voice defiant throughout. The wide-eyed confidence never quite peaks again like it does on this track, but is sustained through the rest of the album.

What Royal Blues suffers from is a tonal sameness. Sustaining the brightness all the way through doesn’t always work to the band’s advantage, and as a result, many of the tracks come off as lesser versions of its high points. The vocal harmonies that work so well on the opener “Let the Night Fall,” feel somewhat out of place on the title track. Dragonette has made a distinct sound for themselves, but the album falls into the trap of repeating the things that work to the point where the overall effect is dampened.

Its flaws aside, Dragonette’s newest album is still full of examples of the raw talent that made them famous to begin with, and the band reliably delivers the stellar production and absurdly catchy hooks we have come to expect from them. Royal Blues may not stand out as a particularly memorable album, but at its best, it is expertly-produced and incredibly enjoyable.

Royal Blues is  available now from Amazon and through streaming services.