By John Riley on December 30, 2016 @JohnAndresRiley 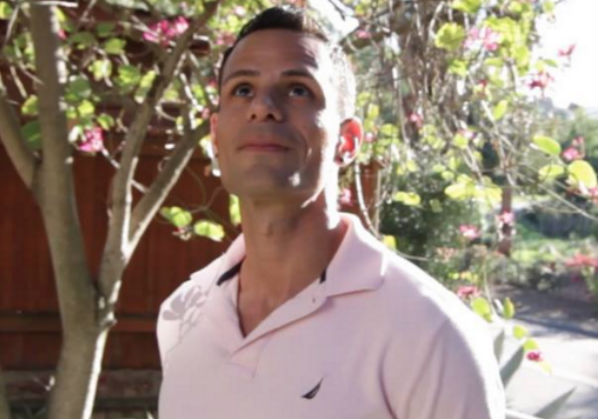 The man who sued the San Diego Police Department for discrimination after he was cited for public nudity during San Diego’s Pride celebration has been found dead from an apparent suicide, reports the San Diego Union-Tribune.

Will X. Walters was found dead in his Hillcrest apartment two weeks after losing that discrimination lawsuit. Police say they were called to Walters’ apartment by a neighbor late Wednesday. The San Diego County Medical Examiner’s Office says the death remains under investigation, leaving the public with no details as to the time, manner, or cause of Walters’ death.

Walters sued San Diego police after they arrested him during the 2011 San Diego Pride Parade and Festival for public nudity. Police took issue with Walters’ decision to wear a custom-made gladiator kilt with front and back panels that didn’t fully cover his buttocks. Police asked Walters to cover up his backside. When he refused, he was cited, and eventually arrested and taken to jail for refusing to sign the citation.

Walters’ discrimination lawsuit alleging that police had violated his civil rights was initially dismissed by a lower court. But the 9th U.S. Circuit Court of Appeals overruled the lower court and ruled that Walters’ lawsuit should be allowed to go forward, triggering a trial over the citation and the arrest.

But on Dec. 13, the jury in that trial decided that Walters’ rights had not been violated and ruled in favor of the city. Walters’ attorney, Chris Morris, said his client had been shocked by the verdict and immediately left the downtown federal courthouse after the verdict was announced.

Morris said both he and friends of Walters had tried checking in on him in the days following the verdict, but he had not heard back from Walters.

“Will Walters was a valiant warrior for his cause, and he will be missed by those who knew him and the community he fought for,” Morris said in a statement.

The Union-Tribune reports that Walters had racked up nearly $1 million in legal costs associated with the lawsuit. Had the jury found the police guilty of discrimination, the city would have been required to pay those costs.

John Riley is the local news reporter for Metro Weekly. He can be reached at jriley@metroweekly.com
← Previous Story Republican lawmaker compares gays to ISIS
Next Story → Historians move 2018 conference to Baltimore from Charlotte over HB 2